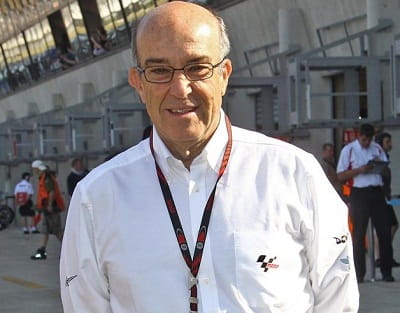 A £250 million plan to build a MotoGP circuit in Wales got tone step closer this week following a trip to the area by MotoGP boss Carmelo Ezpeleta.

Plans for the 3.5-mile MotoGP-spec track are currently being drawn for the circuit which is expected to be in operation by 2015 at the Ebbw Vale site in the Heads of the Valleys, if planners pass the scheme.

The site is in an area begging for regeneration, and also the site of some of the best riding roads in the UK, so it should certainly become a GP to remember.

Dorna’s Chief Executive, Ezpeleta, flew into Wales from his home in Spain last week and said the new circuit would generate 9000 jobs in the area and create an academy for younger riders to pass through.

He said: “I think this is a very important programme for MotoGP and for motorsport in general. It is good news for the area and good for the people behind it will have all our help and whatever they need for the programme. We have been working with them and will continue with that. We are more than happy with this programme.”

Local rider and BMW WSBK star Chaz Davies has been involved in the plans along with WSBK hero Leon Haslam to help develop the track to make it exciting for the riders, and for fans. The intention is for the track to rival top circuits like Silverstone and Donington Park as a rider and fans’ favourite.

As well as the main 3.5-mile MotoGP-spec racetrack, Chris Herring, former Honda Motorsport Director, who’s now working with the Heads of the Valleys Development Company behind the plans, said it would also include an indoor dirt track, and a kart track.