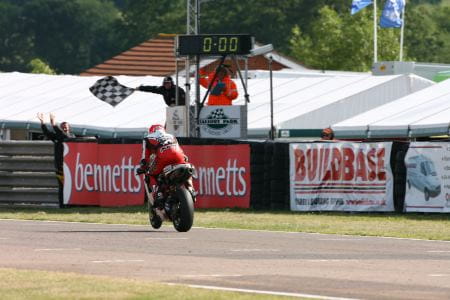 It has been announced that former racers, Stuart Hicken and Eddie Roberts, have taken over the lease for Mallory Park following the previous operators, Mallory Park Motorsport Ltd going into administration.

The future of the Hinckley circuit began to look bleak when the circuit began to face numerous complaints over noise, with the local council seeking to restrict the number of days Mallory Park could operate despite many years of working closely with Hinckley and Bosworth Borough Council (HBBC) to work within the 1985 Noise Notice, which had been open to interpretation. Despite Mallory Park Motorsport Ltd trying their best to comply with new regulations, the company was forced into administration. The British Automobile Racing Club (BARC) had been linked with saving the circuit, only to withdraw from discussions after being unable to reach an agreement with the land owner and local council.

Following his time as a racer, Stuart Hicken went in to team management and eventually set up a successful British Superbike team in the name of Hawk Racing, now running under as Buildbase BMW. Roberts, also a former racer, owns Complog, a Pirelli tyre distributor who supply the British Superbike championship.

The plan is now on to get the circuit ready for the 2014 race season, with plans to hold the first meeting in Spring 2014, news which will undoubtedly be welcomed by many after it’d started to look like racing at Mallory could well be no more.

“This is a great day for us both. We have grown up with Mallory Park, firstly as spectators, then as competitors and now running businesses associated with the sport” read a statement released by the pair.

“We would like to thank circuit owner Chris Meek for giving us the opportunity of re-establishing Mallory Park, and also Hinckley and Bosworth Borough Council for advice regarding noise issues and the community.”