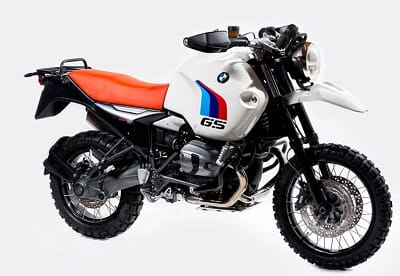 Okay, so it's not the official new 2013 new BMW GS, but as it’s the end of the road for BMW’s air-cooled Boxer twin when they announce the new liquid-cooled bike tomorrow, we thought you'd like this. And it is new.

German accessories firm Wunderlich has built a special based on the current air-cooled bike, harking back to the bike’s enduro and Dakar roots. It debuts at the Intermot Show in Cologne tomorrow.

The German company has a long association with the German marque, having made official accessories for decades and always rocks up to the Germans bike shows with a host of specials like this one.

This new stripped-out bike called the R 120 G/S is an enduro style version of the current R1200GS, and features styling harking back to the old GS models of the seventies and eighties. The old air-cooled GS's are fetching good money, around  £6000 for a decent one like this R100GS pictured. We spotted this one in Germany at the weekend. 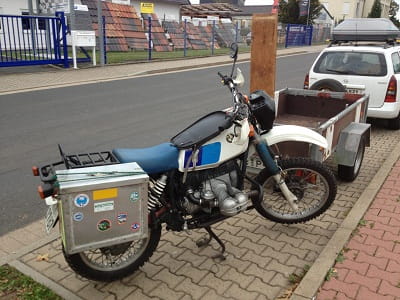 The new Wunderlich bike will be unveiled in the metal, along with an accessorised version of the all-new liquid-cooled BMW R1250GS tomorrow.

Wunderlich mistakenly published pictures of the new 2013 BMW earlier today, but have since taken them down as the bike is not supposed to be officially seen until tomorrow.