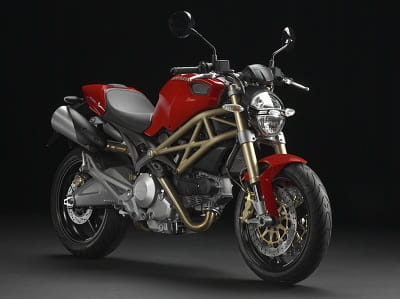 Ducati are calling on owners of Ducati Monsters past and present to tell their stories of the iconic bike and celebrate 20 years of the Monster at the forthcoming Motorcycle Live Show.

The Italian firm will feature a special display of models from the bike’s 20 year history and want the display to include images of stories of the Monster from the bike’s owners.

When the bike was launched back in 1993 it changed the course of biking forever, bringing style and handling to naked bikes that had never previously been seen which later lead to the creation of bikes like Triumph's Speed Triple and a whole new class of motorcycling.

Ducati has set up a special Facebook page to engage with owners where riders can upload their images and share their experiences.

If you own a mint Monster then let Ducati know and your bike could form part of the display at Motorcycle Live show. Just email: Monster20th@ducatiuk.com

Everyone who uploads a picture will receive a special 20th anniversary key ring and be entered into a prize draw to win a Monster for three months.

Plus, get your story chosen to go on the Monster Tales wall and you’ll also get a complimentary Ducati umbrella.

To upload your ‘Monster Tales’ images and stories visit:
www.facebook.com/MonsterUK20th