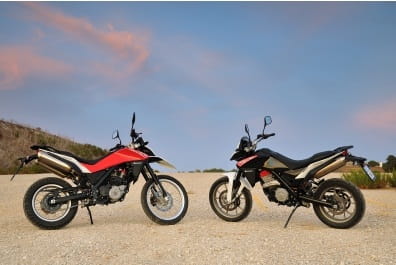 Italian bike manufacturer Husqvarna appears to be adapting well to life under their German firm BMW's umbrella, recording 22.9 per cent more sales so far this year, than in the same period in 2011.

Between January and November Husqvarna sold a total of 8329 bikes worldwide, compared to 6775 in the same period last year.

With new bikes like the TR650 Terra and TR650 Strada gaining good press reports, big improvements in their range, and improvements in quality, the German-owned Italian firm looks like it could have turned round its fortunes.

It’s owner, BMW Motorrad, had mixed fortunes with 7.7% more bikes sold in October than this time last year, but were 0.4 per cent down on sales overall between January to October, with 93540 bikes sold compared to 93,942 in the same period last year.

Sales of the new HP4 start in December, and with the new GS on the way next year, the picture is unlikely to stay that way for too long.