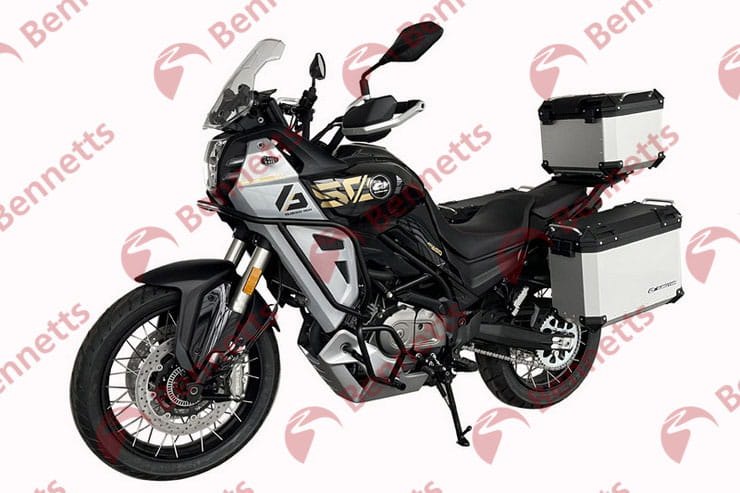 Few bike companies on the planet have ever launched as many new models in as short a time as Chinese upstart QJMotor and yet another machine is about to make its debut as the company prepares its first ever 650cc V-twin adventure bike.

We spotted patents for the new 650 last year, when they were filed by Qianjiang, parent to both QJMotor and Benelli. At the time we speculated that the bike could become a Benelli-branded model, but the final production version has just been type-approved in China under the QJMotor brand.

That’s not to say a Benelli version won’t appear, as the two brands are closely related and share the same frames and engines across much of their ranges. With a new V-twin engine and a purpose-made chassis to suit rolling off the QJMotor production lines, it would only take a short step to create a Benelli-branded version.

However, we also know that QJMotor itself, currently a brand that sells purely on the Chinese market, is looking to expand its horizons. The company’s name and logo have been trademarked all over the world, including Europe, in the last few months. The name even appears on a Moto3 race team this year, and QJMotor took a stand at the last EICMA show in Milan to show its wares to western customers. 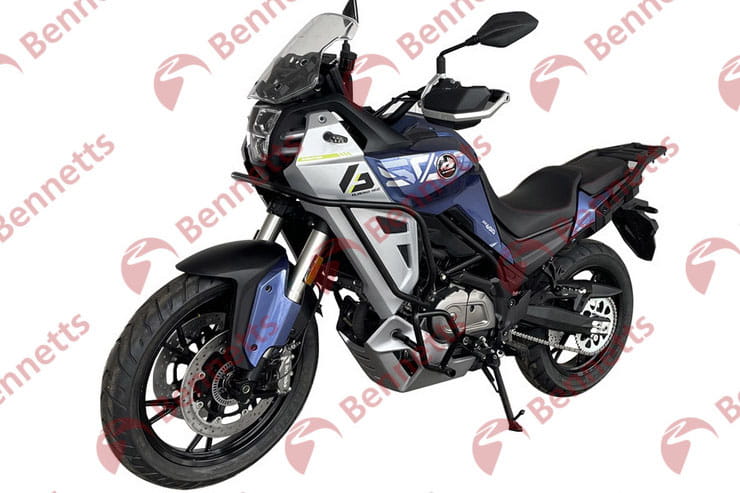 The new 650 adventure bike has been type-approved with a choice of wire or alloy wheels, and with or without luggage, creating a four-model range.

Unlike some adventure bikes, the wire wheel version isn’t a more ‘off-road’ variant. Regardless of their construction materials, the wheels are the same size – 19in at the front, 17in at the rear, with 110/80R19 and 150/70R17 tyres – and the result is a machine that clearly rivals street-oriented adventure bikes like Suzuki’s V-Strom 650.

The bike’s V-twin engine certainly appears to be a direct rival to the Suzuki design, sharing the same 645cc capacity and a similar bore and stroke, although we can’t tell from these images how closely the engine’s design resembles the Suzuki’s twin.

In terms of performance, it’s actually a step up from the V-Strom. Where the Suzuki has 69.7hp (52kW) on tap, the QJMotor’s type-approval rates it at 75hp (56kW). The similarities continue with the dimensions: the QJMotor is only 5mm shorter than the V-Strom 650 at 2270mm, with a 40mm shorter wheelbase at 1520mm. Meanwhile, the Chinese bike is 6kg heavier, with a kerb weight of 219kg compared to 213kg for the V-Strom 650. The optional alloy top box and side cases add another 19kg to the total. 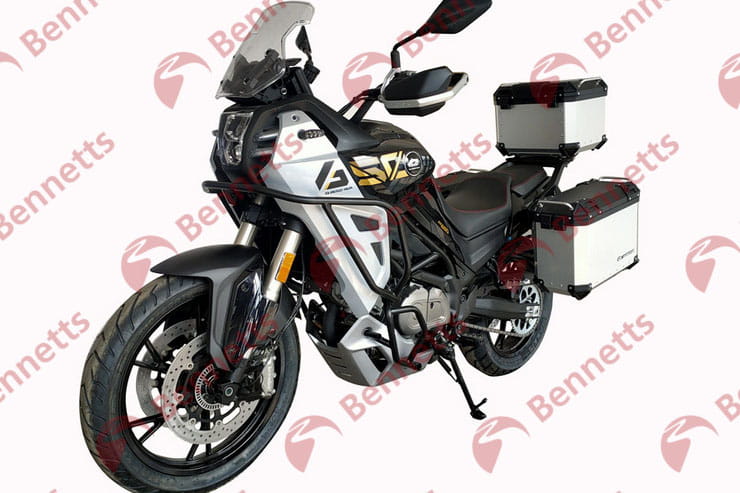 While the new QJMotor has yet to be officially launched, so we don’t have full specifications to hand, it’s clear the bike uses upside-down forks – probably from KYB or Marzocchi – and a rising-rate monoshock at the back. Brembo supplies the dual, radial-mount front brake calipers, which are backed up by ABS.

A future Benelli version of the machine is hinted at by the fact that it uses exactly the same mirrors and handguards as the existing Benelli TRK502 adventure bike, and the alloy handguard brackets even still bear the ‘TRK’ logo from the Benelli.

Is there really a market for that many models competing in the same class, from the same company? QJMotor clearly thinks so… 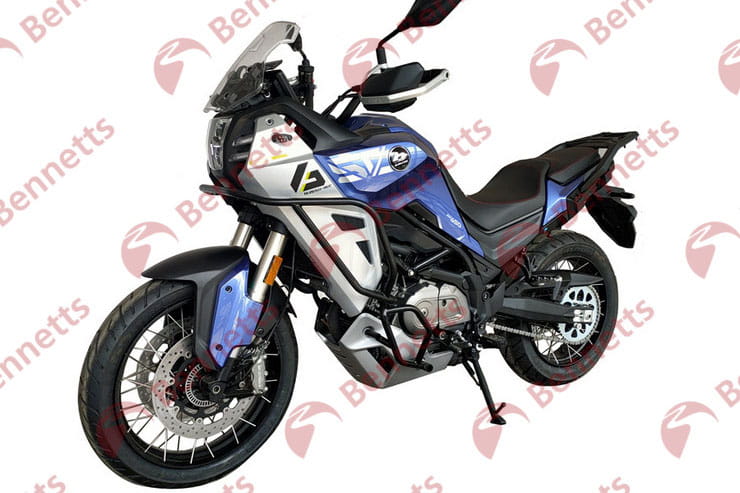