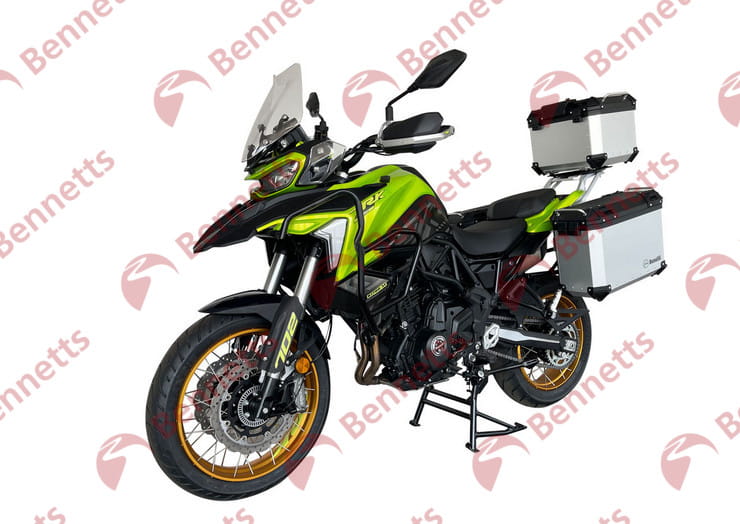 Benelli has type-approved a new TRK702 in China with styling similar to the new-for-2022 TRK800 but a completely different engine that appears identical to CFMoto’s 700CL-X motor.

The bike bears specs that appear to make the newly-launched TRK800 somewhat superfluous, with very nearly as much power and significantly less weight than the larger-engined machine. The result is something that could be much more of a Tenere 700 rival.

We’ve already seen this engine appearing in approvals from Benelli’s parent firm QJMotor, most recently in a brace of R7-rivalling sports bikes that were type-approved last month. It’s a 75hp, 693cc twin, where the new TRK800 uses a completely different parallel twin, weighing in at 754cc and making 76hp. The homegrown Benelli motor is essentially a fairly old design, originally appearing in the company’s 756 Due concept bike well over a decade ago and reaching production in the 752S and Leoncino 800. In contrast, the 693cc engine is visually near identical to the CFMoto 700CL-X design, as well as sharing the same bore and stroke. CFMoto’s engine is loosely descended from the Kawasaki 650 parallel twin, which shares a similar overall design. 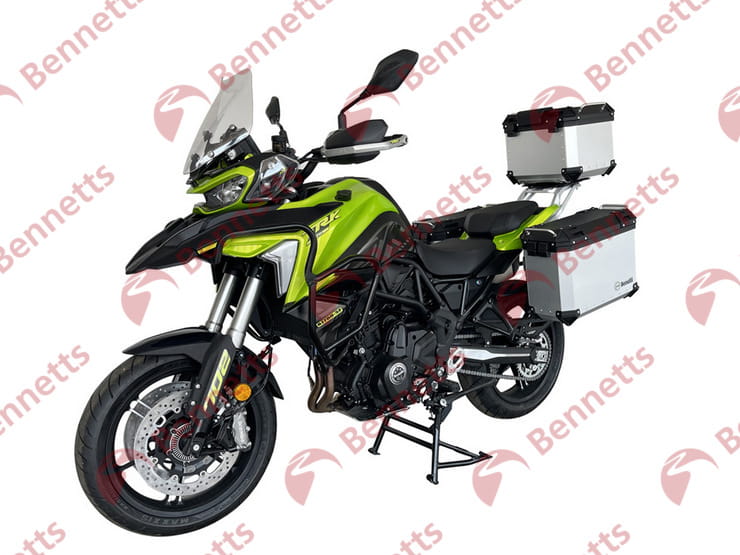 With just 1hp less than the Benelli TRK800, the upcoming TRK702’s performance is likely to actually supersede the 800’s as it’s a much lighter bike. While it has a similar trellis-style chassis, the approval documents show it weighs only 220kg wet. The Benelli TRK800 is 226kg before any fluids are added. We don’t know the engine’s torque, but with only a 61cc capacity disadvantage compared to the TRK800 it’s unlikely to be far behind.

The TRK702’s suspension spec appears to be similar to the TRK800, with upside down forks and a monoshock at the back, while the brakes are identical, radial-mounted Brembos backed up by ABS. 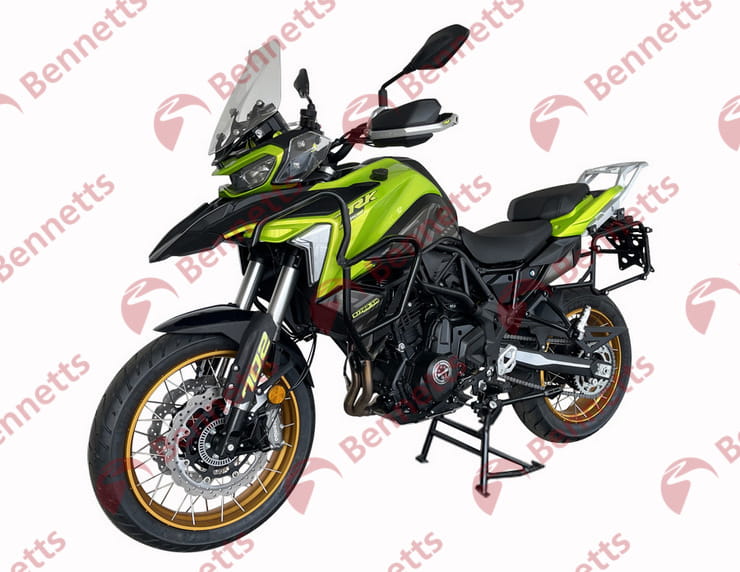 The frame, essentially similar to the TRK800’s, means that the bike’s dimensions are also within a few mm of the larger-engined bike, with a 1500mm wheelbase (1529mm for the TRK800, which has a different swingarm design). The styling is also very much in the same mould, even though none of the panels are identical to the TRK800’s. The reverse-rake headlights, behind a goggle-like shield, are very similar, sitting beneath an adjustable screen that floats above them rather than blending into the front bodywork, additional clear side wind deflectors are also added.

Like the TRK800, there are boomerang-shaped front indicators moulded into the side panels, and hand guards that wrap around into the bar ends with alloy front sections bearing the ‘TRK’ logo. There’s some pretty extensive external crash protection, too, with a frame that surrounds the side bodywork. At the back, pannier brackets and a luggage rack are fitted, with alloy cases approved as an optional extra, hiking the bike’s wet weight to 238kg when they’re fitted. 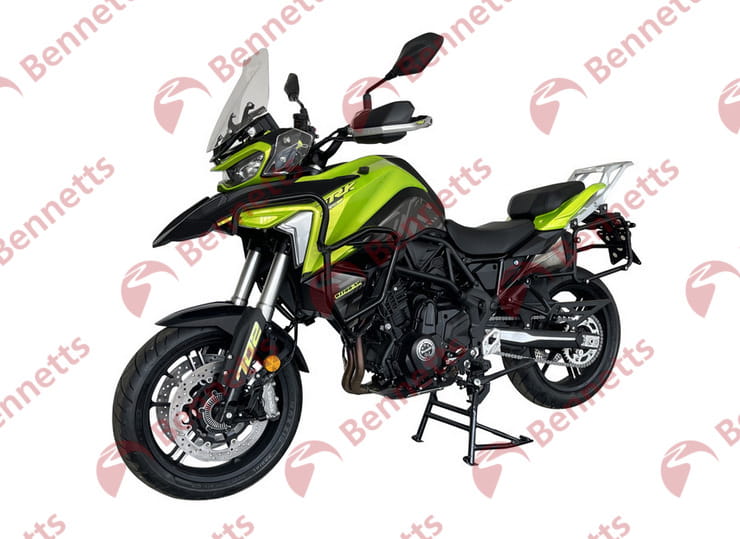 Although the bike looks like it’s showroom-ready in these images, and has been type-approved for sale in China, it could still be some way off. Benelli previously gained approval for an earlier version of the TRK702, with a similar engine and chassis but completely different bodywork more like that of the TRK502, but that machine was never officially launched. This one looks to have a better chance, but if it is launched soon it will inevitably raise questions over the TRK800, which doesn’t appear to offer many on-paper advantages over the smaller-engined machine.