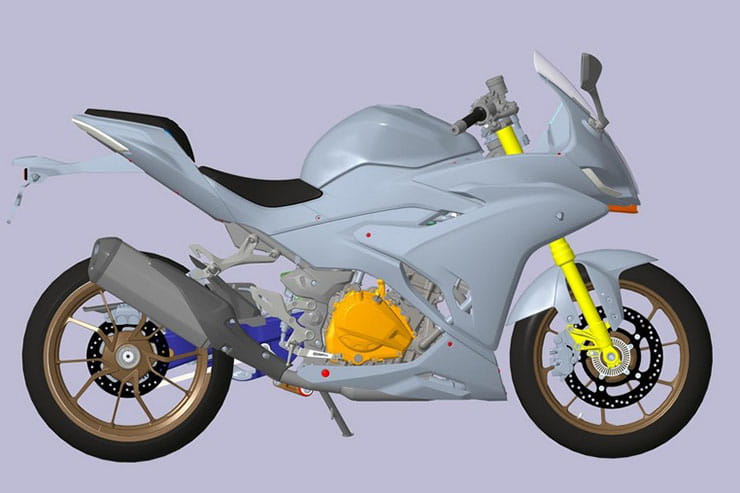 We’ve reported before that Benelli intends to bring a new focus to its ‘Tornado’ badge with a range of sports bikes expected to include a 550cc twin and a 650cc four-cylinder but now a patent has emerged showing a bike that appears to be a new Tornado 402R packing a 399cc parallel twin.

In doing so the company looks set to bring the styling direction of the 302R sports bike, launched last year, to a larger capacity class.

Benelli’s sister company, QJMotor, has recently added a ‘400RR’ sports bike to its range in China. Unsurprisingly, the upcoming Benelli shares elements with that machine, but it appears set to use a new 399cc engine instead of the company’s existing unit. The new engine, itself patented last year, is extremely similar to Kawasaki’s Ninja 400 unit. 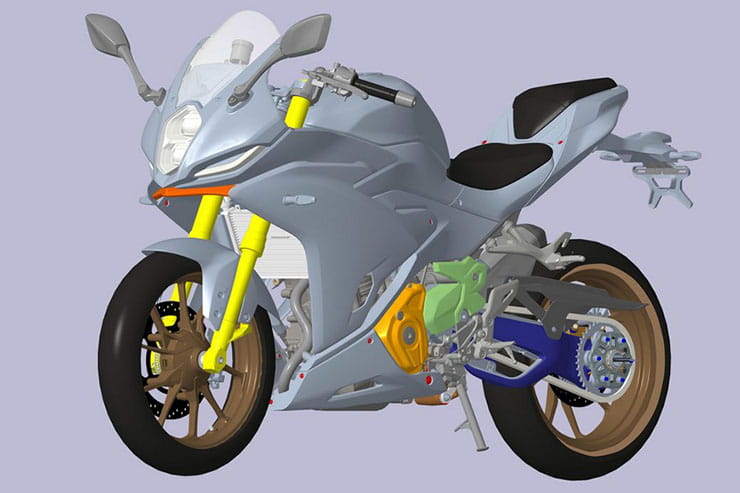 While this new patent was filed by Benelli’s parent company, Qianjiang, it’s pretty clear that the bike has a close family resemblance to the 302R, including the stacked headlight and strip shaped DRLs on either side. Some components, like the mirrors, are shared with the smaller 302R, and the overall look is much more in keeping with Benelli’s styling direction than that taken by Qianjiang’s QJMotor brand.

The engine is all but identical to the Kawasaki Z400/Ninja 400 twin, which means its performance will surely be in the same ballpark as the Japanese motor. That would mean a peak of 45hp at 10,000rpm and 28lb-ft of torque at 8,000rpm. Strangely, the existing 399cc twin, used in the QJMotor 400RR, manages nearly identical numbers despite a different design, raising the question as to why a new engine has been developed. Emissions limits might well be the answer, particularly if there’s an intention to sell the new Benelli in Europe. 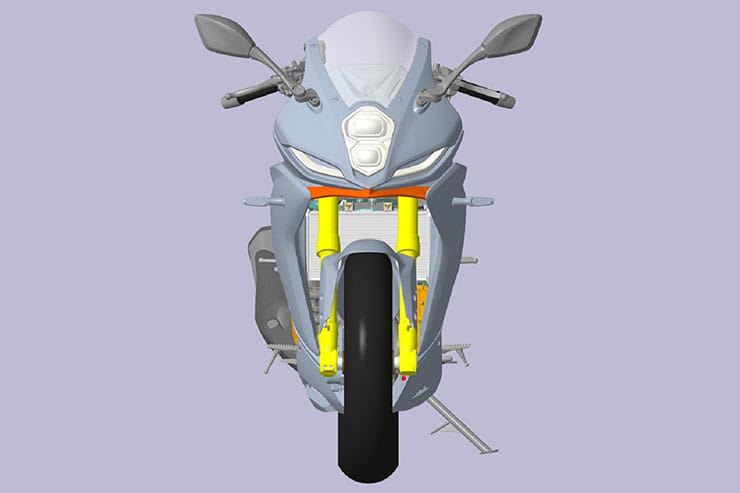 While the bike’s general layout is much as you’d expect from a relatively low-cost, 400cc-class offering, with a tubular steel frame and a single front disc brake with a conventional caliper rather than a racier radial-mount design, the new design gets a hint of the exotic in the form of a single-sided swingarm. It appears to be a cast alloy part, with underslung bracing that doubles as a mount for the rear shock’s rising rate linkage.

Interestingly, the patent was filed by Qianjiang at the same time as it registered the styling of the MV Agusta Lucky Explorer 5.5 – a machine based on the Benelli TRK502 that will be built on MV’s behalf by Qianjiang to keep costs down. While there’s a possibility that the Qianjiang-MV relationship will eventually extend to more bikes – and even a small sports bike like the design seen here – this design looks more like a Benelli than an MV Agusta ‘F2’. 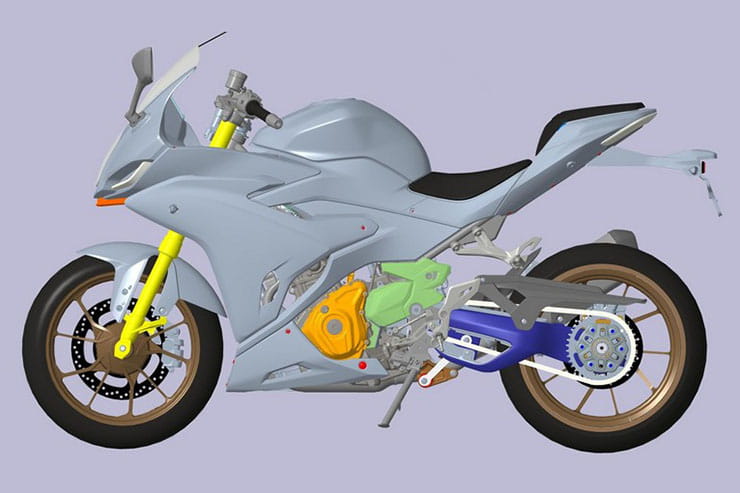