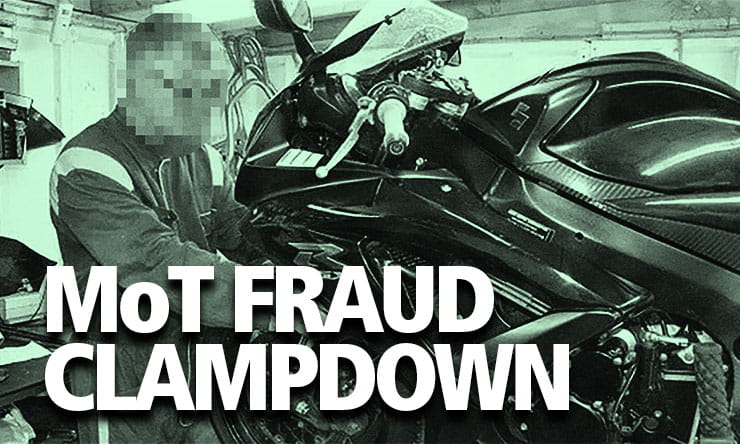 The DVSA (Driver and Vehicle Standards Agency) has reported that, in 2021 to 2022 it uncovered 1,324 incidents of MoT fraud, 710 of which were the most serious, relating to dishonesty and negligence.

The government body also reported that it banned 127 Authorised Examiners from running Vehicle Testing Stations, and 288 from the MoT scheme

How serious are cases of MoT fraud?

Following a complaint from a member of the public, an inspection of a car tested by an individual in Mithcam, South London revealed 21 faults, including missing brake pads and severe corrosion that led to the security of the body’s connection to the chassis being reduced by more than 50%. The anti-roll bar was also found to be missing. After an investigation by the DVSA, the tester pleaded guilty to issuing 152 fraudulent MoT pass certificates and was sentenced to 18 months in prison, suspended for two years on condition of completing 240 hours unpaid work and payment of £5,000 in costs.

As a result of this investigation, 138 MoT certificates were cancelled, leading to the vehicle owners having to have another MoT test carried out before they could get back out on the road.

In Hampshire, another investigation revealed that an examiner had falsely issued 47 MoT certificates in three months, despite the vehicles never entering the two garages he worked at.

MotorTrader.com also reported that a UK mechanic was sentenced to a 12 month community order after issuing a pass certificate at a garage in West Yorkshire for a Mercedes van that was, at the time, impounded in Spain for not having valid tax or MoT documents. After investigation by the DVSA, it came to light that this was one of nine vehicles that the mechanic had falsely issued certificates for.

The importance of MoT testing

Approximately 60,000 privately employed MoT testers carry out 30 million MoTs every year in Great Britain from around 23,000 testing stations; the vast majority are honest, providing vital reports of roadworthiness to cars and motorcycles that are three or more years old.

2% of road incidents are reported to be due to mechanical failings, which might appear small, though in the year ending June 2021, there were an estimated 24,530 people killed or seriously injured on our roads. And this was a decrease of 22% (most likely due to reduced traffic caused by lockdowns) compared to the average for 2017 to 2019.

With plans to reduce testing to every 24 months, it’s vital that fraud is stamped out. RoSPA has cautioned against the move – which would save motorcyclists £29.65 and car drivers £54.85 every other year – as it says it could lead to an increase in injuries and fatalities thanks to defects being present for longer on vehicles. To put this into perspective, 30% of vehicles were reported as having failed their MoT test in 2021.

That’s 9 million of the MoTs carried out.

What should YOU do?

If you believe an MoT tester or testing centre is committing fraud, you can report them anonymously by calling the DVSA Intelligence unit on 0800 030 4103, emailing them at enquiries@dvsa.go.uk, or visiting www.gov.uk/guidance/report-an-mot-tester.

It’s everyone’s responsibility to ensure their vehicles are safe in order to protect themselves and other road users. MoTs are not difficult to pass – the faults often have to be very severe in order to fail, so the investment in a correctly-carried out test is vitally important. You can find the most common failure points on motorcycles here.