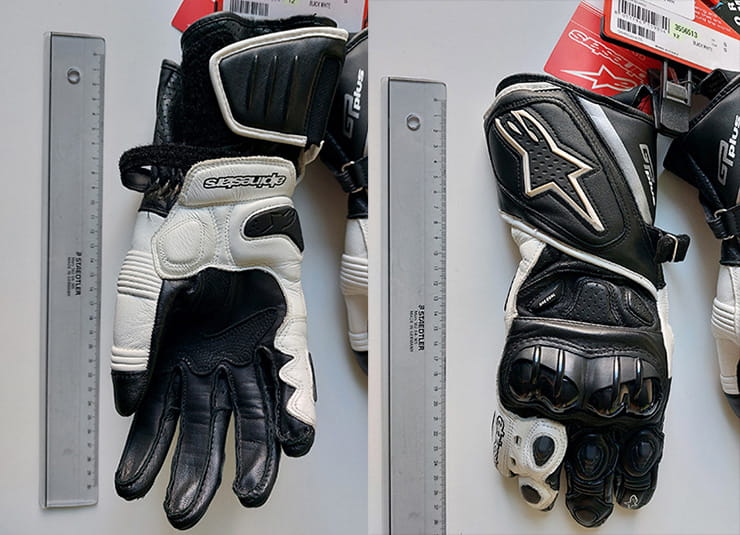 Alpinestars has recalled its GP Plus gloves in black/white due to high levels of chromium VI, a recent alert from the European Commission shows.

Which gloves are involved in the recall?

The recall only applies to the Alpinestars GP Plus Gloves BL/WH, model number 3556513-12, batch number OA86990. The gloves are required to be recalled from all end-users and withdrawn from sale, as well as there being a ban on the marketing of them.

What should consumers do?

While stores should contact all buyers, the batch number can be checked in the gloves. The photo below shows an example of where the label should be found; if you have any concerns, contact the store you bought them from, or email Alpinestars direct.

It’s worth noting that these are a discontinued line, so we’d not expect to see any for sale anymore in the leading stores. They may still appear in some clearance sales / at shows though. 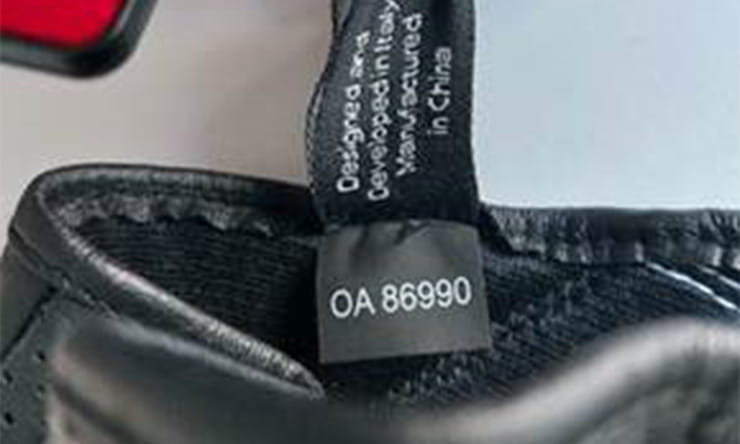 The label can be found in the gloves – if you have this model, contact your dealer, or Alpinestars direct.

What does Alpinestars say?

When we broke the story about the affected gloves on 30 May, we asked Alpinestars for a comment. They’ve been assembling a formal reply, which we received today:

“Alpinestars have been working closely with ILNAS of Luxembourg since the discovery of Chromium VI in an old batch of GP Plus Gloves model 3556513-12 (black/white) with production code: OA86990, put into production in 2015.

“Alpinestars does not use Chromium VI in our leather manufacturing process. Instead Chromium VI can over time be formed from the oxidation of Chromium III (which is the most common tanning agent used in the tanning of leather) due to certain environmental conditions and circumstances (heat, UV, changes in pH). For this reason Alpinestars conducts accelerated ageing processes as part of its ongoing chemical management system.

“The GP Plus model 3556513 was first developed in 2013. Since the introduction of the REACH regulations and the specific Chromium VI restriction introduced in 2014 (Reg. 301/2014), Alpinestars has embarked upon a stringent chemical management system. Based on the chemical tests conducted over the years by Alpinestars, GP PLUS model gloves did not form an excess level of Chromium VI in the independent tests made to simulate the ageing of the products.

“On the May 27th 2022 publishing of the product report on RAPEX, which we fully support and have given input on, we have taken the necessary steps to ensure this particular batch of gloves is no longer on the market.

“Chromium VI is classified as a skin sensitizer and can cause allergic contact dermatitis. It is with this in mind, that we advise any consumers who may still be in possession of this particular batch OA86990 of GP Plus Black/White gloves, to return them to their local Alpinestars dealer or contact directly Alpinestars Product Support directly by email at the following address: p.support@alpinestars.com to make arrangements for the return and replacement of the gloves.

“Alpinestars takes quality issues very seriously and we regularly test the leather products we sell for Chromium VI and have not detected any abnormalities to date. We regret any inconvenience caused to our customers.”

Why is chromium VI a problem?

Chromium is used in the tanning of some leathers in the form of chromium III, where it doesn’t pose any significant threat to health or the environment. However, chromium VI is far more reactive, and while it’s rare to see it appear in any notable levels in leather, it’s a known dermatological irritant.

The World Health Organisation (WHO) and the United States Environmental Protection Agency (EPA) have also both deemed it to be a carcinogen when inhaled, and it’s classed as being mutagenic, and toxic for reproduction.

Certain conditions can cause chromium III to oxidise into chromium VI; while European regulation restricts the quantity in leather articles that come into contact with the skin to 3mg/kg, it’s completely forbidden in Germany.

The Alpinestars GP Plus Gloves BL/WH were found to contain 17mg/kg.

What stops this from happening more often?

All motorcycle clothing is deemed to be Personal Protective Equipment (PPE), which means it’s tested for its protective qualities in the event of a crash. There are different standards for gloves, boots, jackets/trousers and helmets, but our simple guide explains the safety labels here.

Part of this certification process is innocuousness testing, and it’s vitally important on something that’s pressed against our skin. While it might be tempting to pick up a ‘bargain’ on online marketplaces, or at a show, be very wary that if it’s not been properly certified, there is no guarantee that it will offer any protection in an accident, or that it might not be causing you harm every time you put it on.

How can this happen on a certified product?

Part of product certification is maintaining traceability in the manufacturing process, and as the chemical innocuousness of leather will typically be guaranteed by the tannery, any items that used the affected leather have been quickly traced.

We’ve contacted Alpinestars for a comment, but it’s most likely that this issue came to light in the tannery that prepared the leather before it was sent to the company for construction of the gloves.

Buying properly tested and certified motorcycle kit is important to help protect yourself if problems do arise. It’s why the CE / UKCA mark is so vital not just on bike kit, but on everything we buy; it’s the only way to be sure that checks have been carried out – and are regularly maintained – in order to keep all of us safe.

What do the experts say?

We spoke to Paul Varnsverry, technical director of PVA-PPE Group, to find out more about the processes behind the recall’ “Industrial processes used in the manufacture of the materials and components found not just in motorcycle clothing, but in normal leisure wear and even items such as watchstraps, handbags, etc., must not leave chemicals and compounds present that could be harmful to human health,” he told us.

“For motorcyclists’ clothing, perspiration or rainwater could cause these substances to leech into the wearer’s skin and accumulate in the tissues and organs for many years before health issues become apparent. The presence of nickel in metal zips and fasteners can cause contact dermatitis, for instance, which can be mild, or can be severe enough to prove disabling.

“Chemical innocuousness testing is conducted in addition to the physical testing specified in the motorcycle clothing, gloves, footwear and impact protection standards. Products cannot be certified unless there is independent evidence of lack of presence of potentially harmful substances.

“Manufacturers cannot change any material or component in a certified product without first obtaining chemical innocuousness test data and submitting this to the certification body for approval. For the companies I assist, I always emphasise that the product design and the master materials list should be considered to be locked, with no additions, deletions, amendments or substitutions whatsoever to be introduced without prior approval. Beyond that, vigilance is essential, because even the most diligent brands need to maintain tabs on their suppliers. As I reported recently, a motorcycle impact protector manufacturer changed the supplier of the chemicals used to produce their product when the original source was out of stock. The new production should have been tested for both its impact performance according to EN 1621, and also chemical innocuousness using the new chemicals before the switch was put into effect.

“At the time of writing I haven’t seen Alpinestars’ explanation for why the gloves in question are not to specification, but it would not surprise me were it to be disclosed that their subcontract manufacturer, or the leather supplier, has made unadvised and unauthorised changes.”