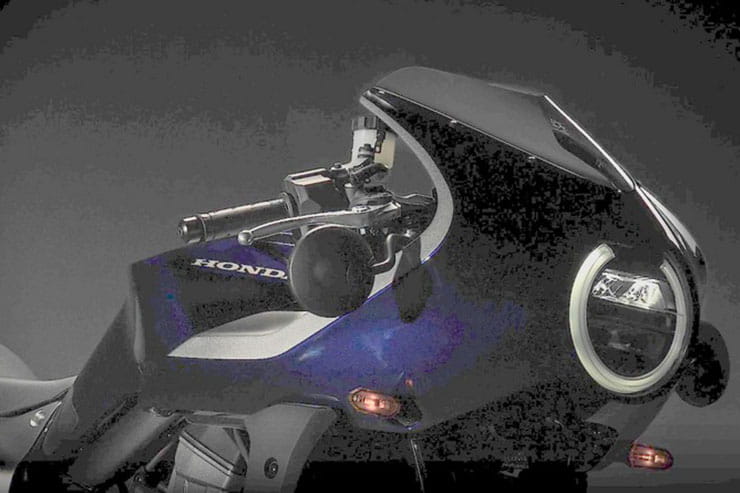 A second teaser video for Honda’s forthcoming Hawk 11 café racer has been added to the Japanese microsite teasing its upcoming introduction – revealing more details of the Africa Twin-based machine.

Previously, we had just one image of the bike’s nose fairing, showing a large, circular headlight and a bullet-style cowl, but now that’s joined by head-on views and a more complete shot of the Hawk’s side profile.

As usual with teaser videos, the pics are taken in a darkened studio, intentionally hiding details of the bike, but we can see enough to surmise several things about both its styling and its technical makeup. 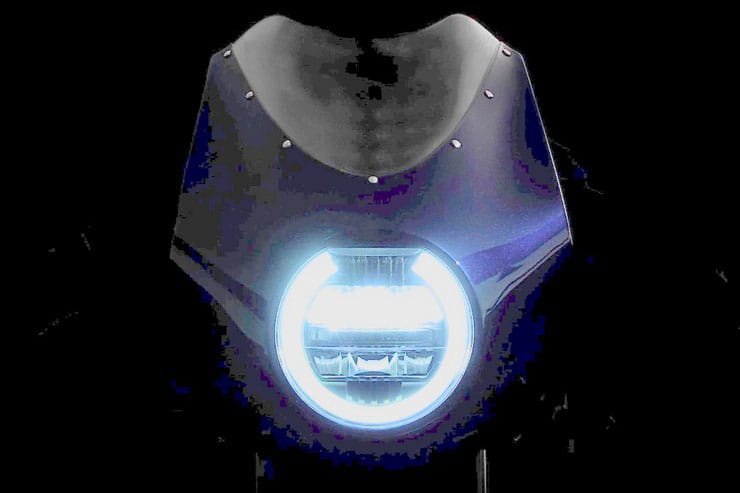 It might seem odd for a road-only sports bike like the Hawk to use the same frame as an adventure model, but the requirements – rigidity and light weight – aren’t dissimilar. The new Honda NT1100 tourer has already demonstrated that the Africa Twin chassis can work as a road-going machine, and when fitted with 17-inch wheels and short forks the steering angle should be steep enough for sports bike responses.

Importantly, sharing the chassis means that Honda can use the leverage of the Africa Twin’s popularity to take a punt on more left-field machines like the Hawk, which takes a dive into the small but growing class of retro-inspired, faired sports bikes.

At the moment, it’s a category pioneered by Italian brands; MV Agusta’s SuperVeloce and Bimota’s new KB4 both employ a similar style, but the Honda should easily undercut both of those machines on price. 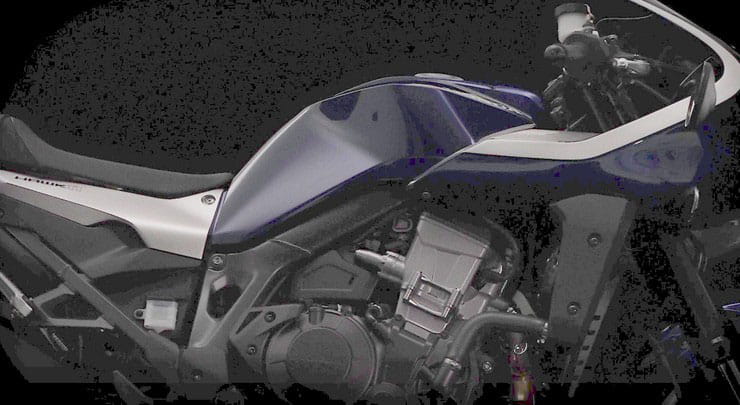 The engine appears to be unchanged from the Africa Twin, too, even retaining the same front exhaust section. We can’t see the end can in the teaser images, but it’s likely to be unique to the Hawk 11. Even so, the shared front section suggests power will remain at or close to the Africa Twin’s 101hp.

It also means that Honda will almost certainly offer the option of a DCT semi-automatic transmission, although the bike in the teaser video is fitted with a conventional clutch and foot-operated shifter.

Artificially lightening the images in the teaser video reveals more detail, including unusual mirrors mounted on the fairing but on metal brackets emerging from the bar cut-outs, so as not to mar the bullet-shaped nose. They also hang below the bars rather than sitting above them, presumably sitting far enough ahead of the bars themselves to prevent your own hands from blocking your view. 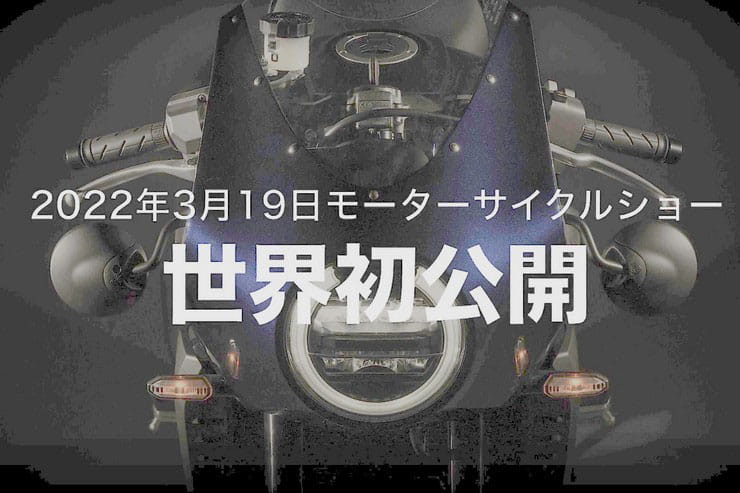 We don’t get much view of the suspension, brakes or wheels, but there are upside-down forks that look very similar to those on the NT1100, suggesting the Hawk will also share that bike’s Nissin radial calipers.

The more parts that the Hawk can share with the NT1100 and Africa Twin, the better the news is likely to be when it comes to its price tag, so while it might not have the sort of high-end components that you see on more powerful superbikes, it’s sure to be a much more attainable machine. And of course, there’s always scope for higher-spec derivatives if it proves a hit with customers.

Despite the retro looks, which are clearly from the same school of thinking as Honda’s ‘Neo Sports Café’ range, including the CB1000R, CB650R, CB300R and CB125R, the Hawk will also fill a gaping hole in the middle of Honda’s sports bike line-up. The demise of the CBR600RR in European markets means there’s currently nothing in the ‘around 100hp or so’ bracket, leaving a gaping chasm between the 93hp CBR650R and the 214hp Fireblade. While the 101hp Hawk 1100 won’t have vastly more peak power than the CBR650R, it is sure to offer a lot more torque, adding up to better real-world acceleration.

We’ll find out more about the Hawk at the Osaka show in a couple of weeks’ time, but given its Euro5 Africa Twin basis, it seems sure to be destined for European markets once production is underway.