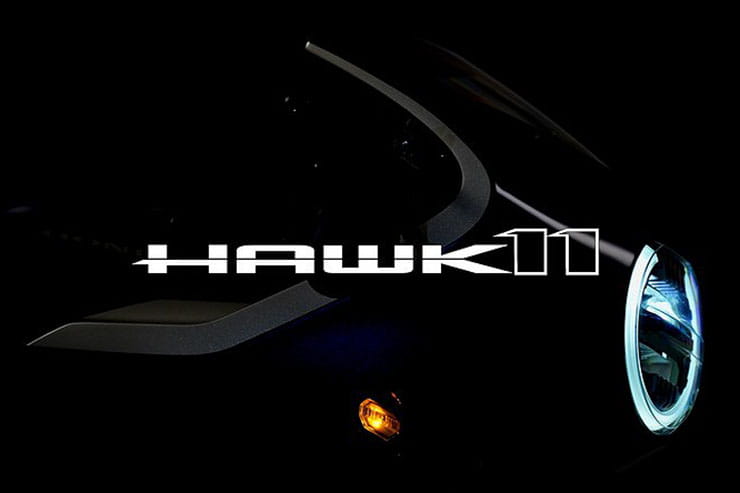 Following on from the Rebel 1100 and NT1100 Honda will reveal its next Africa Twin-based machine at the Osaka show in March in the form of the Hawk 11.

A new teaser video published on Honda’s own Osaka Show microsite shows a single close-up view of the bikes nose, revealing a fairing and circular headlight that are a near-perfect match to the Honda CB4 Interceptor concept shown back in 2019.

Where the Interceptor used the Honda CB1000R as its basis, with a four-cylinder engine derived from the old Fireblade unit and a single-sided swingarm, the Hawk 11 will share a similar look but use completely different underpinnings, borrowed from the Africa Twin. 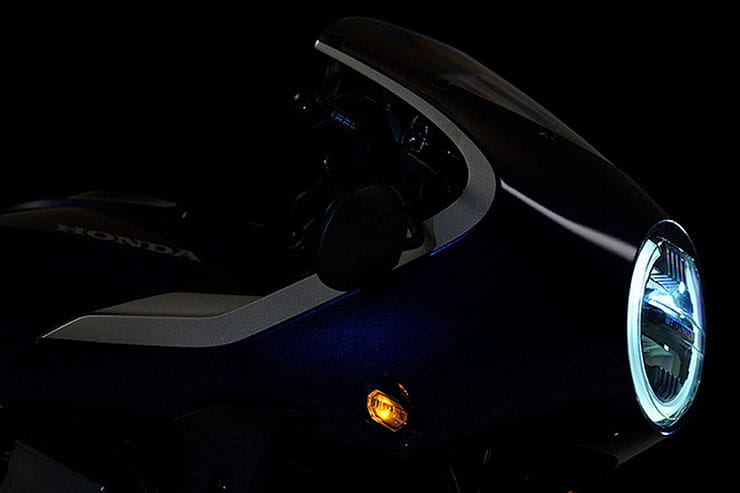 The new Honda NT1100 tourer has shown that the Africa Twin’s frame and engine can, with minimal changes, be transformed from their adventure bike roots into a pure road-going machine, but the Hawk 11’s teaser image doesn’t tell us how much of the Africa Twin is carried over to this much sportier model. The engine is expected to be largely the same, measuring 1084cc and with performance close to the Africa Twin’s 100hp and 77lb-ft of torque, but it’s likely to be a substantially lighter machine, giving stronger acceleration, with better aerodynamics for an improved top speed. 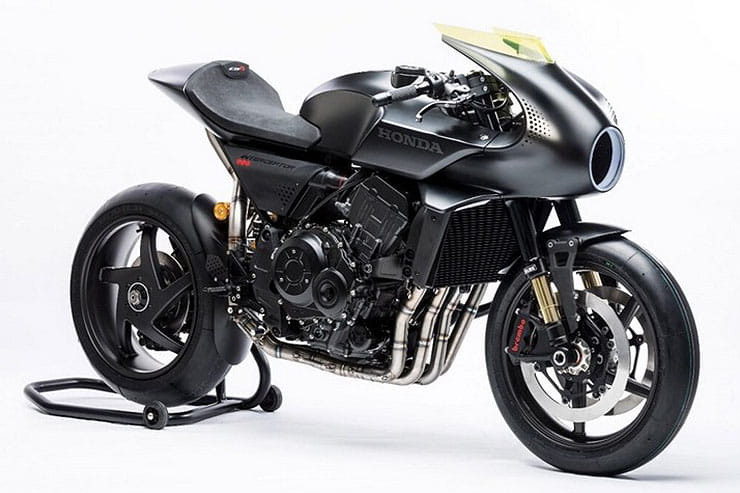 The single image shown in the teaser video only gives a view of the nose, but it’s very similar to that of the CB4 Interceptor concept from 2019, with a circular headlight surrounded by an LED running light strip that’s oddly broken at the top, creating a horseshoe shape.

If the CB4’s styling theme is continued further back, we can expect to see that fairing merging into the fuel tank, itself blending into the seat unit behind, with the mechanical parts all exposed lower down. Like Honda’s CB1000R and CB650R, it’s a look that harks back to the past without being a slavish tribute to a particular model.

“Hawk 11 was developed with the concept of a large motorcycle that provides new values and a fulfilling bike life to customers, mainly experienced riders. The body package that brings light driving is combined with elegant styling to express the depth of taste as a motorcycle that is not bound by specifications alone. We will meet the diverse needs of our customers as a model that proposes the enjoyment of manipulating in winding while fully feeling the heartbeat and exhaust sound of the engine.”