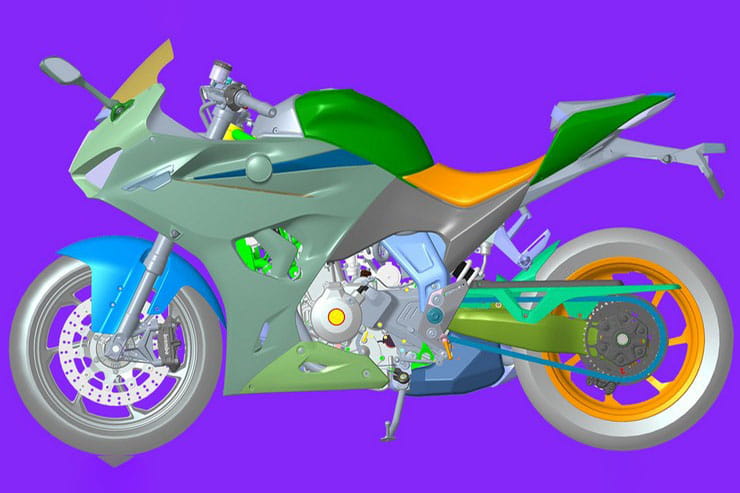 It seems that no bike company in the world is doing as much development at the moment as China’s Qianjiang – owner of Benelli and QJMotor and a firm that has global ambitions in the future.

Over the last few months, we’ve seen a vast number of new projects emerging from the Qianjiang stable, largely to bolster the QJMotor brand’s range in China but with a clear eye on sales elsewhere in the future. From sportsbikes to cruisers, electric bikes and scooters to a 1200cc tourer, there’s virtually no part of the market that Qianjiang isn’t attacking. With QJMotor-branded machines in Moto3 this year and a host of trademark applications in place for names including QJMotor, QJiang and simply ‘Q’ all over the world, while you can’t buy many Qianjiang-made machines here right now, it clearly won’t be long before you can.

As well as those new ‘Q’-oriented brand names, Qianjiang also owns Benelli – giving it an existing global supply and dealer network to build on – and has a claim to the Motobi brand. Motobi, established in 1949 in Pesaro by Guiseppe Benelli after he fell out with his brothers and left his eponymous company, was reabsorbed into Benelli in 1962.

Qianjiang already sells a cruiser under the Benelli Motobi 200 Evo name in the Philippines, and over the last couple of years the company has filed for trademark rights to the Motobi name in a multitude of markets, suggesting a more widespread revival is on the cards. 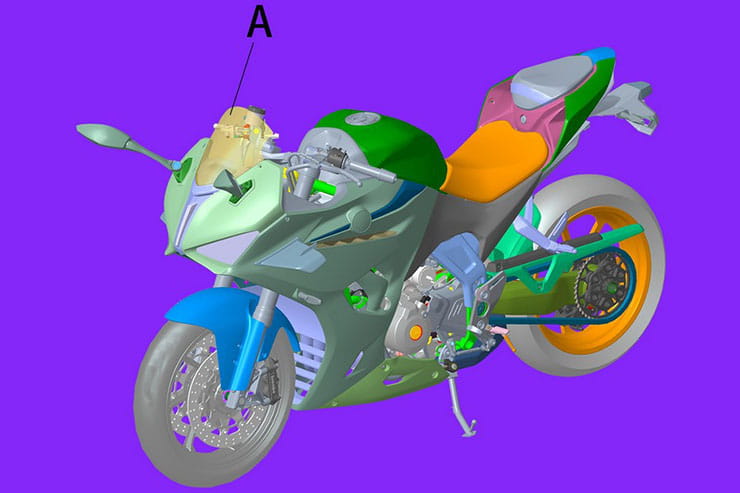 The latest Qianjiang creation, seen here in registered designs filed with Chinese intellectual property authorities, is a 550cc sports bike that was teased earlier this year as an upcoming QJMotor machine.

We also know that the company intends to up Benelli’s sports bike game in the near future, as it has confirmed there is a Tornado 550 twin – derived from the QJMotor seen here – and a Tornado 650 four-cylinder in the pipeline. 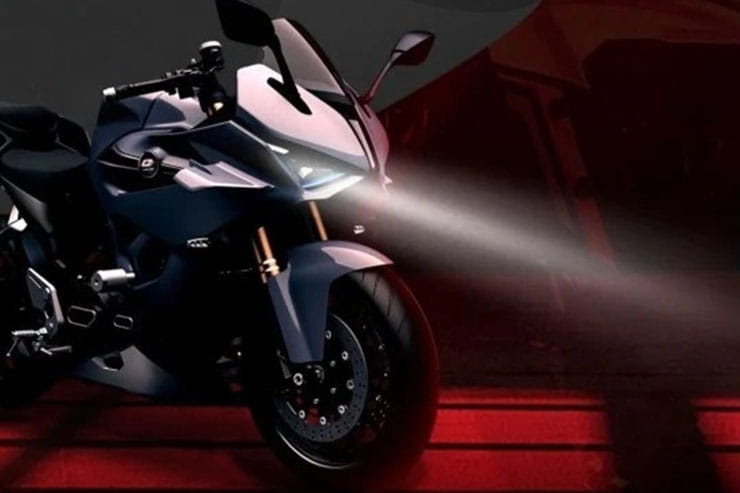 The bike seen here gets the same 47hp, 554cc parallel twin engine that Qianjiang is supplying for MV Agusta’s forthcoming Lucky Explorer 5.5 adventure bike, and the company’s teaser information also confirmed Brembo brakes and KYB suspension will be used, all for a price that will come in at under £4880 in the Chinese market.

Harder to see in the firm’s teaser images, but clear in these design drawings, is the single-sided swingarm and downforce-producing aero that includes not only winglets but slatted air outlets in the arrow-shaped fairing cut-out just behind them, directing air that’s come in above the front wheel upwards. 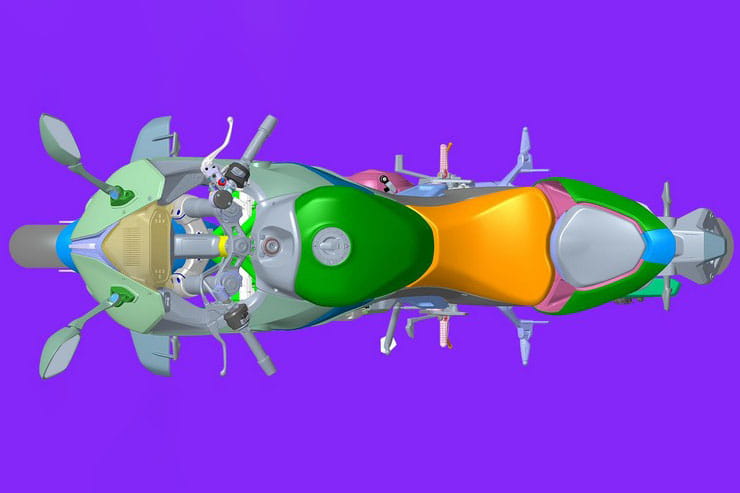 On board, we can see that there’s no ignition key slot – just an ignition button set into a ring of LED lights in the front of the fuel tank – confirming that this new 550 gets keyless go. Further forward there’s a rectangular TFT display flanked by six physical buttons. To the left of the instruments there’s a unit that appears to feature a USB port.

The Benelli version of the bike is expected to get different styling, below, with smoother fairing sides and stacked headlights similar to the design of the upcoming Tornado 402, but it’s likely to share the QJMotor 550’s relatively high bars and low pegs. Combined with the A2 licence friendly 550 engine (which is also expected to be adopted on other Benellis that currently use the firm’s 500cc twin, including the Leoncino 500 and TRK502), the result should be a convincing alternative to Honda’s CBR500R. 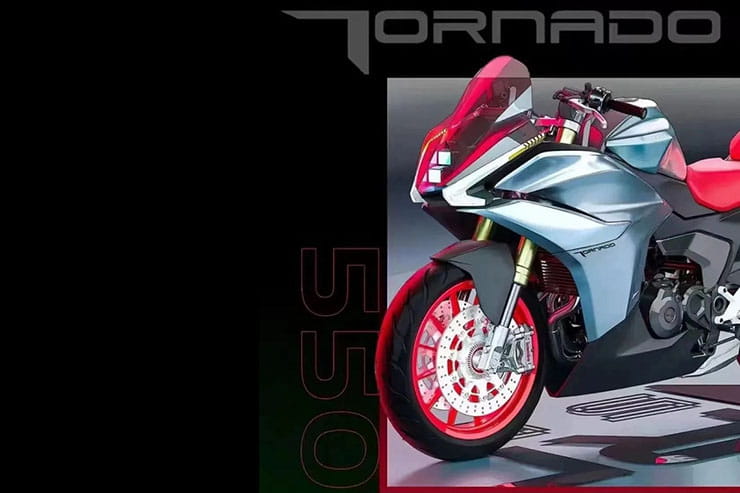