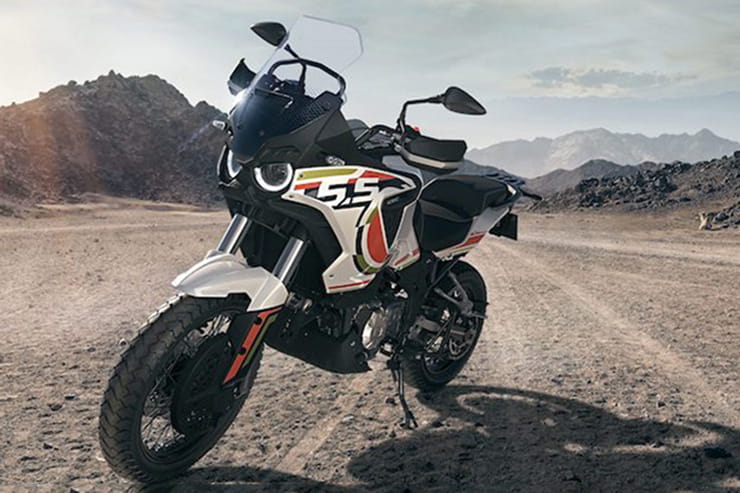 MV Agusta has dropped a noticeable hint that it is planning to enter the gruelling Dakar Rally next year to coincide with the launch of its new Lucky Explorer adventure motorcycle range.

The Italian manufacturer is gearing up for the sale of arguably its most important motorcycle for a generation in the Lucky Explorer 5.5 and Lucky Explorer 9.5 models, which received their world premiere at EICMA in 2021.

Though yet to hit the road, the models are the first big step on the road to MV Agusta’s target of quadrupling its sales and output over the next few years, as well as providing more affordable entry point models against its current range of more exclusive, premium motorcycles like the Brutale, Superveloce and F3.

With MV Agusta claiming to have as many as 15,000 pre-orders - which is three times more than the Varese firm’s sales figure of 5,000 for the entirety of 2021 - while this will likely whittle down as production nears and full asking prices are collected, it is still indicative of the model’s significance for the brand. 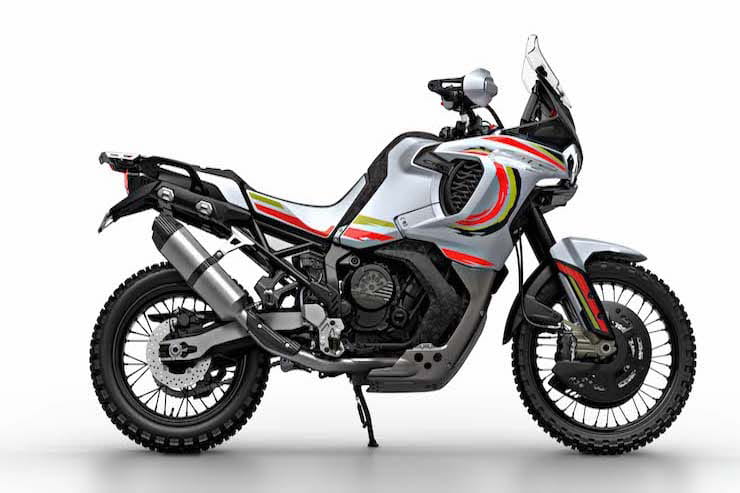 Now there is talk that MV Agusta will honour the Lucky Explorer’s heritage with an entry into the 2023 Dakar Rally.

While there has been no official confirmation from MV Agusta yet, it is known event representatives have visited the firm to present the 2023 Dakar Rally route, with reports MV Agusta’s marketing director has informally declared there will be an entry for next year.

If this does go ahead, it will evoke the spirit of the iconic Cagiva Elefant upon which the new model has been greatly inspired by.

The Elefant gained worldwide notoriety for its victories in the 1990 and 1994 Dakar Rally, with its livery from tobacco firm ‘Lucky Strike’ becoming one of motorsport’s most iconic liveries, a partnership echoed in the MV Agusta’s choice of name for the Lucky Explorer.

At the time of Cagiva’s first victory, it was essentially the owner of MV Agusta after purchasing its trademark during a period of turbulence for the latter firm. However, when Cagiva was bought out by the Texas Pacific Group in 1991, MV Agusta was promoted to ‘lead brand’, effectively making it the owner of the Cagiva nameplate. 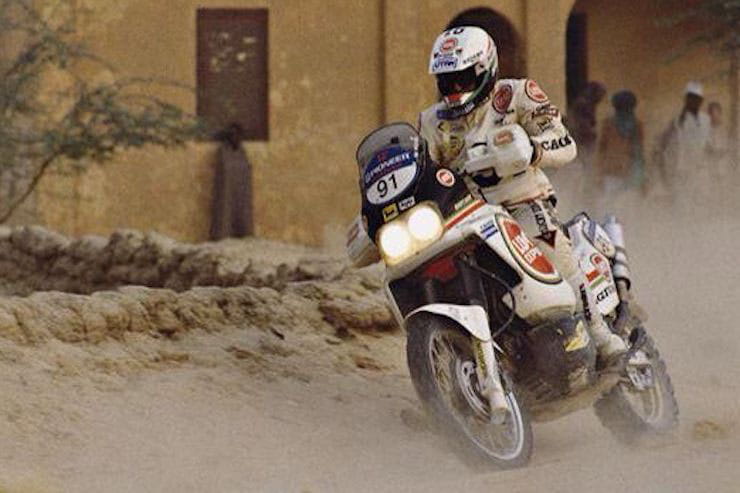 MV Agusta went on to be bought by Harley-Davidson, before founder Claudio Castiglioni regained ownership in 2009 before going on to re-purchase Cagiva. However, with the famed Cagiva Mito going out of production in 2012, the nameplate has remained dormant under MV Agusta’s stewardship, not under control by the Sardarov family.

There has been talk since that Cagiva may be revived as a sub-brand of MV Agusta, though rumours have swung between it focusing on small capacity electric models, to urban transportation such as e-scooters, to a fully-fledged sister brand with full-size models, such as a Lucky Explorer-based return of the Elefant.

Any MV Agusta launch will be another boost for the Dakar Rally, which is returning to prominence from its new Saudi Arabian base. An event dominated by KTM for so long, this year’s Dakar Rally saw a number of other firms enjoy success over the two-week period, including GASGAS - which triumphed for the first time with Sam Sunderland - Yamaha, Honda, Sherco and Hero.