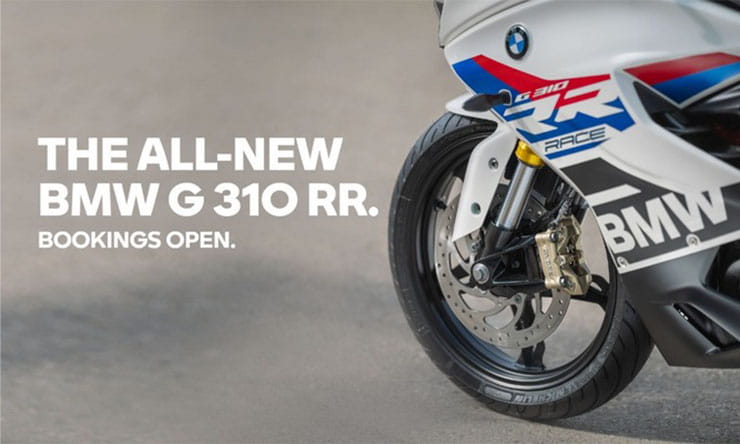 We’re still a month away from the planned unveiling of BMW’s G310RR on 15 July but BMW Motorrad India is already taking orders for the bike and has revealed the first photos of the upcoming machine.

Why India? Because that’s where BMW’s G-series singles are manufactured. Production of the G310R and G310GS is undertaken by TVS, the vast Indian motorcycle making powerhouse that’s also owner of the reborn Norton brand in the UK.

Having started to drop hints about the bike last week, BMW India has now published the first real photos of the machine via its Twitter feed, as well as opening a dedicated order website for the bike at https://bmwmotorradg310rr.com/ 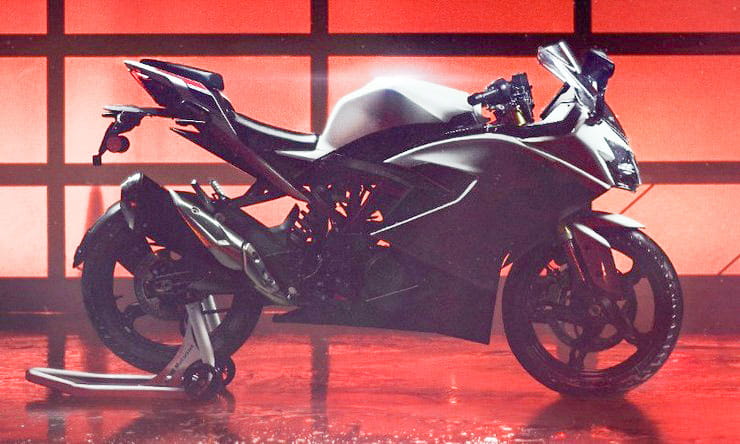 The clearest of the new pictures shows a side-on shot of the entire G310RR, backlit to leave details in the shadows but giving a clear look at the bike’s outline. It confirms our belief that the G310RR is identical to the TVS Apache RR310 that was first launched back in 2018.

To create the Apache, TVS took the BMW G310R that was already rolling off its own production lines and gave it a sports bike makeover. The pegs were moved backwards and upwards, the bars lowered, narrowed and pulled back. TVS also created all-new bodywork including a different tank, a taller seat and – of course – a full fairing.

To create the G310RR, BMW appears to have simply taken the Apache RR310 and given it BMW branding and ‘M’ Motorsport colours with red and blue graphics on white bodywork.

Lightening the BMW India photo reveals a bit more detail that’s hidden in the shadows, showing that the fairing’s cut-outs and vents are identical to the Apache’s, and also appearing to confirm that the vertically mounted colour TFT dash used on the TVS is carried over to the BMW. The exhaust, swingarm, wheels, forks and rear shock are also unchanged – so every indication is that the BMW’s specs will be identical to those of the existing TVS. 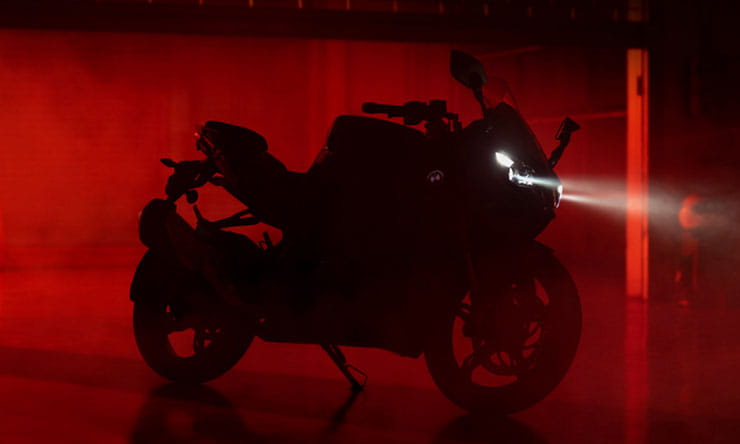 That means it will have the same 34hp, reverse-rake, 312.2cc single-cylinder engine, with four riding modes, as well as unchanged KYB suspension. There’s no reason to think there will be any change in the bike’s weight, either – the TVS comes in at 174kg – and it’s also likely to get the same smartphone-based, turn-by-turn navigation system. TVS uprated the Apache RR310 in 2021 to meet India’s ‘BS6’ emissions rules, essentially the same as Euro5 requirements needed here, and since it’s based on BMWs that are sold globally there’s no barrier to the G310RR being sold here once it’s rolling off production lines. 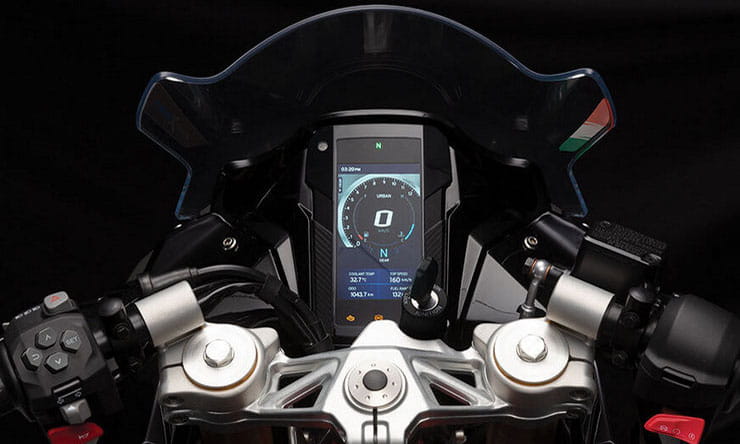