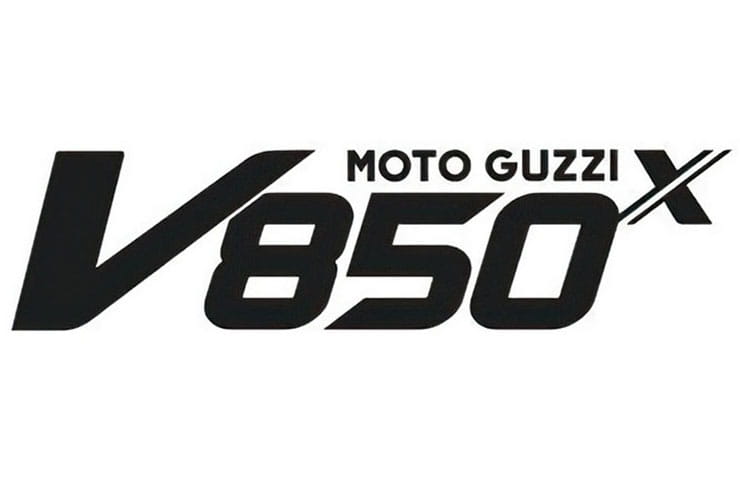 Moto Guzzi trademarked the name and logo for an upcoming ‘V850X’ late last year and now the same bike has appeared in type approval documents alongside a mechanically similar V7 Stone Special Edition that will debut alongside it.

As expected, the documents show that the V850X is heavily derived from the V7, enough to piggyback on a revised version of the V7’s type approval instead of getting its own, standalone set of paperwork. However, the new documents do illustrate areas where the machine differs from the retro styled V7.

The most obvious difference will be its appearance. Where the V7 Stone and V7 Special (and the upcoming V7 Stone Special Edition, which confusingly combines the two existing designations) are inspired by the 1967 machine of the same name, with classical look, the V850X is visually a complete break with those machines. Spy shots of a prototype spotted in Italy last year revealed a tail that was reminiscent of the mid-1980s V65 Lario and V1000 Le Mans IV, as well as a unique nose fairing that includes distinctive extensions running down the fork legs and a small, LED headlight.

The new documents show that the result is a machine that’s shorter than the V7, with an overall length of 2076mm rather than 2100mm, and it sits 10mm lower at a height of 1057mm. The V850X’s bars are the same width as the stock V7, and there’s no change to the 1407mm wheelbase, either.

Like the V7 Special, the V850X uses wire wheels, but they’ll have a slightly off-road look thanks to Michelin Anakee rubber. 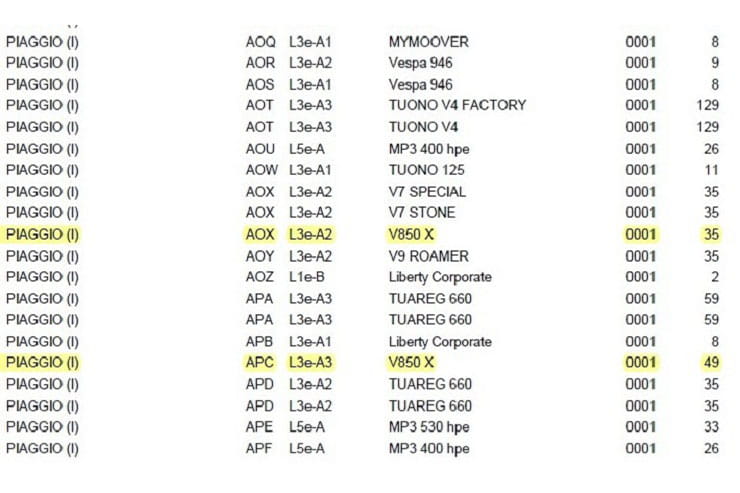 Where it does differ substantially from the V7 Stone and Special is in its weight, coming in at 213kg wet – that’s 5kg less than the V7 Stone and 10kg less than the V7 Special. The V850X also gains a different exhaust system that’s 2dB louder than the standard V7 system and gives a boost to performance. Peak horsepower from the 853cc V-twin rises from 64hp to 66hp, and it arrives 100rpm lower in the rev range at 6700rpm rather than 6800rpm.

As well as the standard version, there will also be an A2-legal, 47hp variant of the V850X for riders restricted to that licence category.

The upcoming V7 Stone Special Edition will get the same revised exhaust system that’s used on the V850X, resulting in identical power and torque figures, and while it’s styling will be similar to the standard V7 Stone – presumably including that bike’s alloy wheels rather than the wires of the Special and the V850X – the exhaust will give it a sportier look. The homologation paperwork also shows that the V7 Stone Special Edition will have narrower bars than any of its sister models, cutting around 1.5cm from its overall width.

With type approval complete, the V850X and V7 Stone Special Edition are surely set to be officially revealed in the very near future.