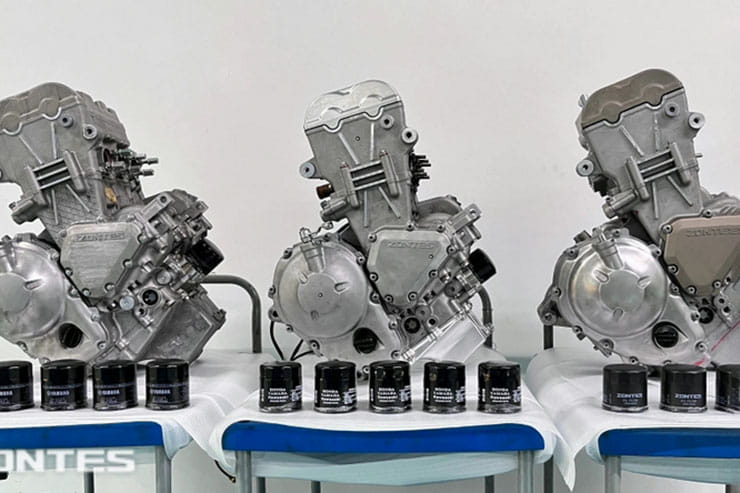 Zontes has reacted to a leaked picture of its upcoming three-cylinder engine by releasing additional images and hitting back at accusations it’s copying Yamaha’s ‘CP3’ engine – as used in the MT-09 and its spin-off models.

The Chinese company announced its plans to make three-cylinder engine last year, revealing that it’s skipping the parallel twin layout that many of its rivals are adopting to meet the fast-growing demand for larger, more powerful bikes in China, and jumping straight to a triple instead. From the start, Zontes said it’s aiming to beat existing designs, adopting a very high 13.5:1 compression ratio that surpasses current three-cylinder engines from MV Agusta, Triumph and Yamaha. The plan is to offer the Zontes engine in two capacities – 650cc and 1000cc – and across a whole range of models. 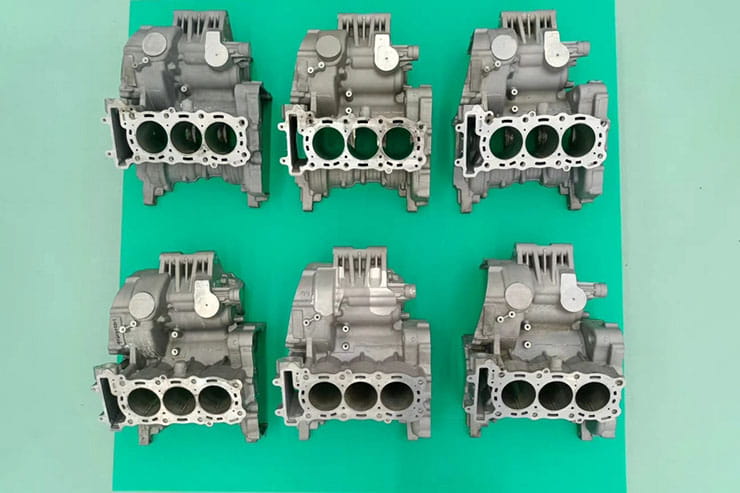 Recently, a leaked image of the engine appeared online in China, with commentators noting that its oil filter was branded ‘Yamaha’. Now Zontes has released an image of three engines, as well as a collection of components including cylinders, cylinder heads, crankshafts, camshafts and balancer shafts, to help disprove suggestions that it’s a copycat design.

According to the post on Zontes own website, the leaked picture was the earliest incarnation of the engine (on the left in the new image), and there have since been two further evolutions (the latest one is on the right). As the post points out, oil filters are often interchangeable between brands, and examples with ‘Yamaha’, ‘Honda-Yamaha-Kawasaki’ and ‘Zontes’ are all shown in the new picture.

While Yamaha’s 847cc CP3 engine, as used in the original MT-09, appears to have provided some inspiration to the Zontes design in terms of layout, the Chinese engine is far from a direct clone. Not only do its capacity variants differ significantly from the Yamaha, along with its much higher compression ratio, but the castings are all noticeably different. 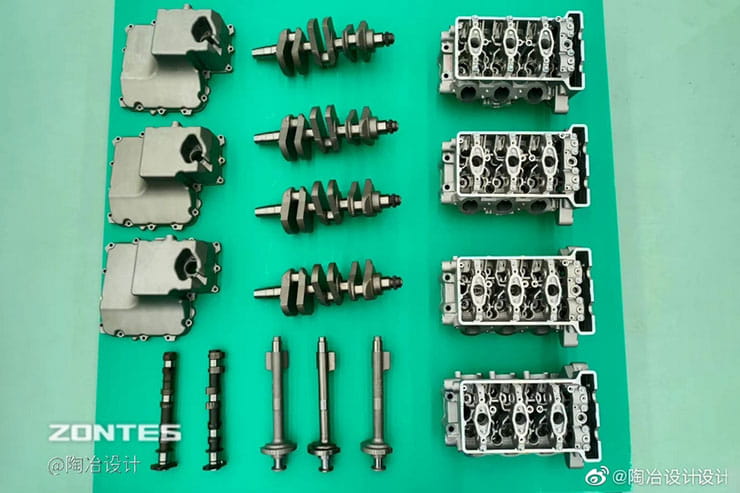 Zontes says that the project has been delayed by around six months due to the pandemic and knock-on issues with developing the bike’s electronic, ride-by-wire throttle. However, the time hasn’t been wasted, with engineers developing a higher-performance variant that the company claims will rev beyond 13,000rpm. In comparison, the original MT-09 redlined at 11,000rpm and the Street Triple 765 spins to 12,500rpm. Since power is directly related to revs, the high rpms of the Zontes bode well for its outright performance. Eventually Zontes plans to offer four versions of its three-cylinder engine.

However, the company’s aim to be the first Chinese bike firm to manufacture its own three-cylinder engine on home soil has been denied by rival Qianjiang, owner of Benelli. Qianjiang has just revived the Benelli TNT899 three-cylinder naked sports bike but with manufacturing taking place in China rather than Rimini and targeting the wealthier end of China’s motorcycle market. Launched today (1st August), the reanimated TNT899 looks much the same as the bike that was last seen in its original form back in 2018, and is going on sale in China at 79,800 yuan, equivalent to £9650.

According to its specs, the new TNT899 manages a peak of 118hp at 10,000rpm and a max torque of 88Nm at 8000rpm – both pretty much the same as the last of the old versions of the bike. It weighs in at 210kg, uses Brembo Stylema brakes, Bosch ABS and Marzocchi forks, with a smattering of updates including a new TFT dash with USB and Bluetooth connectivity. At the moment, there’s no indication whether the reborn, Chinese-manufactured TNT899 will be reintroduced to Europe, but to do so it would have to meet Euro5 emissions rules that might prove a challenge for an engine that’s essentially the same triple that first appeared in the Tornado Tre when Benelli was revived by Andrea Merloni back in 1999. 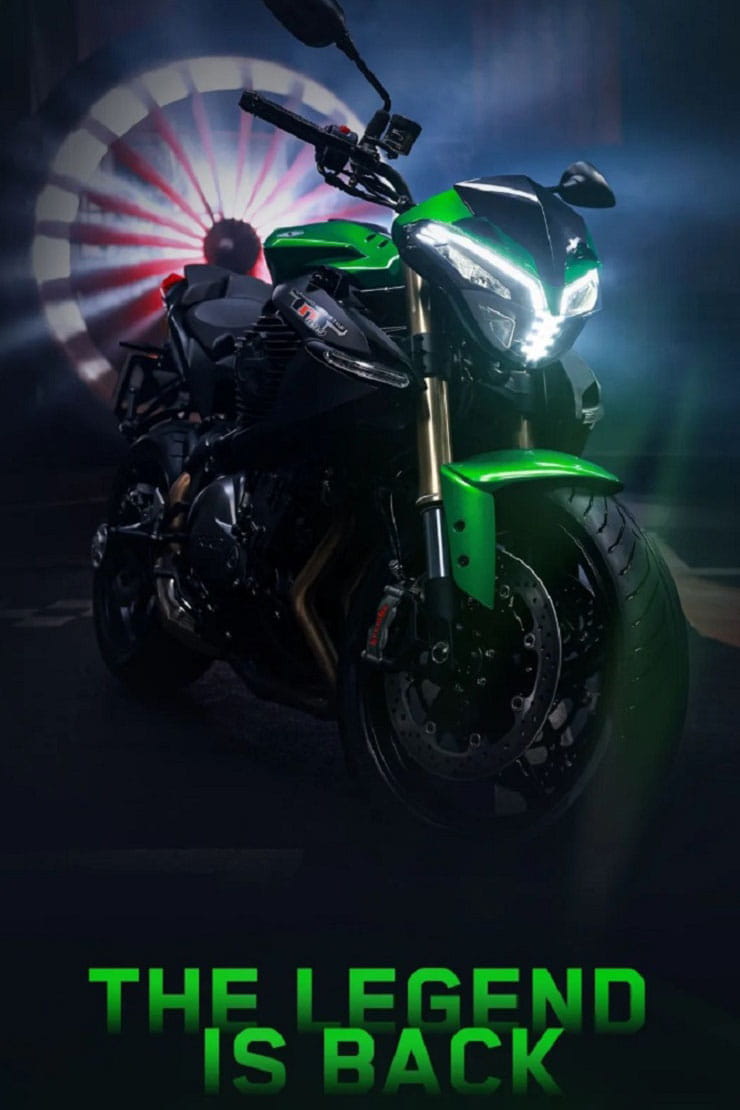