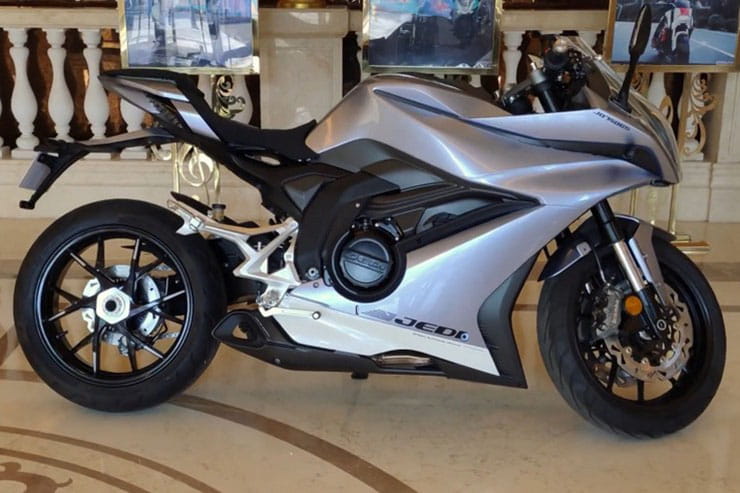 Last year little-known brand Jinan Jedi was the surprise of the CIMA show in China when it unveiled the Vision K750 concept bike as a futuristic race-rep – and now a production version of the same machine has been shown to dealers in preparation for a public unveiling later this year.

A YouTube video obtained by Chinese motorcycle news site Top1 shows a walkaround of the new bike in production form.

Remarkably, the Vision’s styling, by external company Jingping Design, has made the leap from concept to showroom almost unscathed, maintaining many of the elements that gave it a ‘concept’ look at last year’s showing. The headlight and taillights, for instance, are made of multiple triangular lenses set in a mosaic pattern, and remain much the same for production, albeit with a larger main headlamp set in the centre to provide the lion’s share of the illumination.

As on the concept bike that headlight is set behind a windscreen that extends right down the front of the nose, a look that’s reminiscent of the latest KTM RC125. Since the Vision K750 concept appeared at around the same time as KTM revealed its latest RC125, it appears the two firms came up with the similar solution independently. 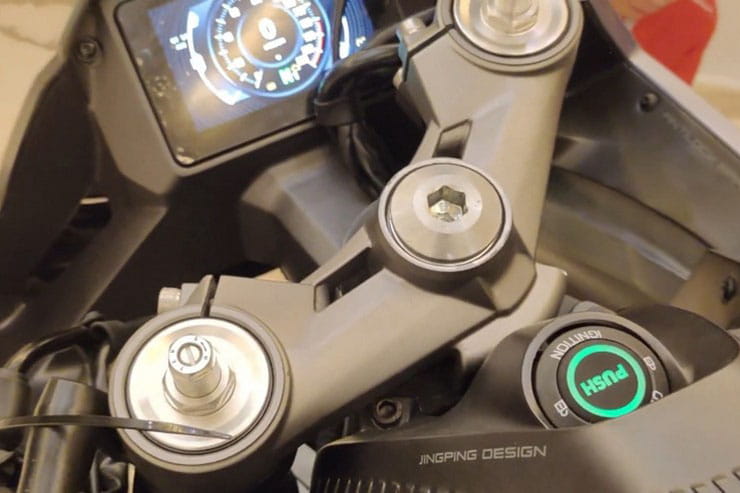 Differences from the concept model here include the addition of a single-sided swingarm for the production bike, which is unusual as normally that’s the sort of design that’s seen on concepts and removed for production to cut costs. The concept also had a gap under the rear of the fuel tank, letting you see right through to the other side. That’s gone, replaced by a black plastic panel on the production version, as no doubt increased fuel or airbox capacity was more valuable than the styling gimmick.

There are also tweaks to the windscreen shape, which is taller than the concept version, and the plastic covers that blended the forks into the front mudguard of the original show bike have gone. A real pillion seat and pegs to suit are also added, replacing the original single-seat design.

In terms of specs, the engine is expected to be the same parallel twin that’s used in Jedi’s other offerings, in which it measures 730cc and makes around 70hp. That means despite its exotic appearance, the Jedi is in the same league as Yamaha’s R7 when it comes to performance.

Jedi’s other bikes have an unusual cast alloy frame, reputed to have been designed with the help of Suter in Europe, and the Vision’s appears to be generally similar, while the use of Brembo brakes is a reassuring touch. 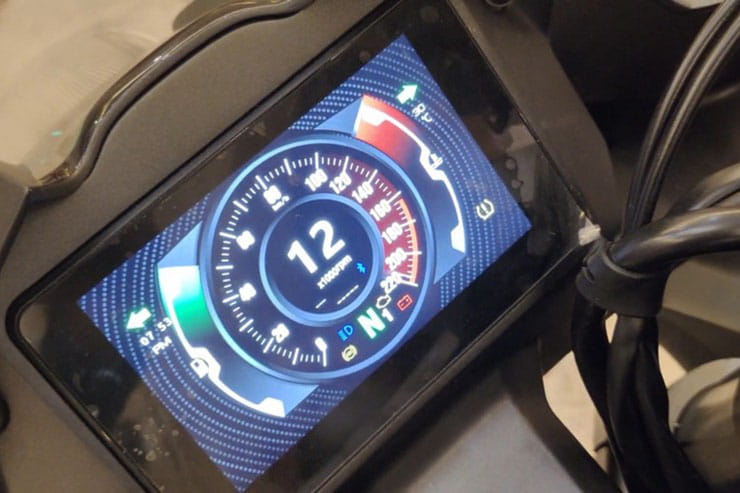 On board, there’s the increasingly familiar sight of a colour TFT dash and a keyless ignition system – the keyhole replaced with a button marked ‘Push’ (and inexplicably mounted upside-down on the bike shown to dealers in these leaked images). The dash inverts the usual layout of the speedo and rev counter: we’re used to seeing an analogue tacho surrounding a digital speed readout, but here the revs are read in digits in the centre while an animated needle sweeps around a 220km/h speedo circling them. The dash also includes a tyre pressure warning light, as well as fuel, temperature, time, air temperature and gear position displays. Since it’s a TFT design, the chances are this is just one of a selection of available display layouts.

As usual with new Chinese brands, Jedi’s initial focus appears to be on its home market, where demand is likely to be high enough initially to avoid the need to worry about international sales. However, if it proves a success and the company can make a logical, profitable case for expanding to the global market, it’s sure to do so. 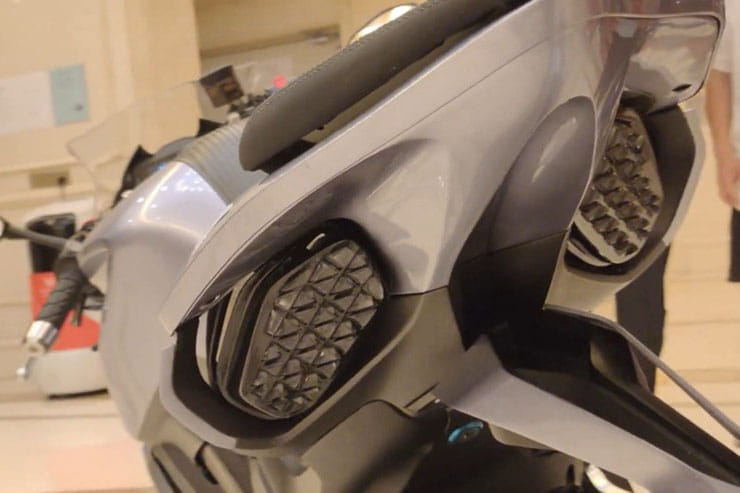