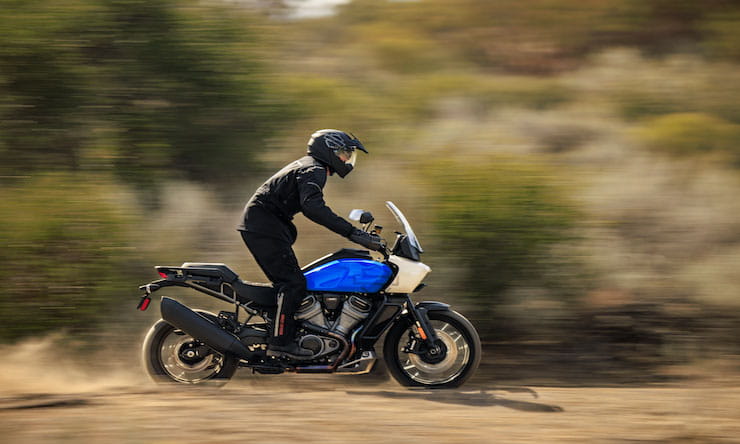 Harley-Davidson has revealed a host of kit tweaks and new colourways for key models in its 2022 Model Year range as it gears up to unveil an all-new addition to its line-up later this month.

The American giant is gathering momentum for a mysterious 26 January 2022 launch date with a model it has simply teased with the slogan ‘Further, Faster’, raising speculation it could be about to reveal a new variant of the Sportster S or even unveil the much delayed Bronx streetfighter.

Until then though, Harley-Davidson has also been busy tidying up its existing range with the new Pan America adventure motorcycle and Sportster S among the models getting minor tweaks for the new year.

After proving worth the wait when it eventually hit European roads last year, Harley-Davidson has taken the opportunity to use customer and critics feedback of the Pan America to introduce some minor but welcome changes.

These include a larger and more legible font for the TFT dashboard, while the Vehicle Hill Control activation rises from a few seconds to 3-5 minutes. It is also now available in Fastback Blue/White Sand paint. 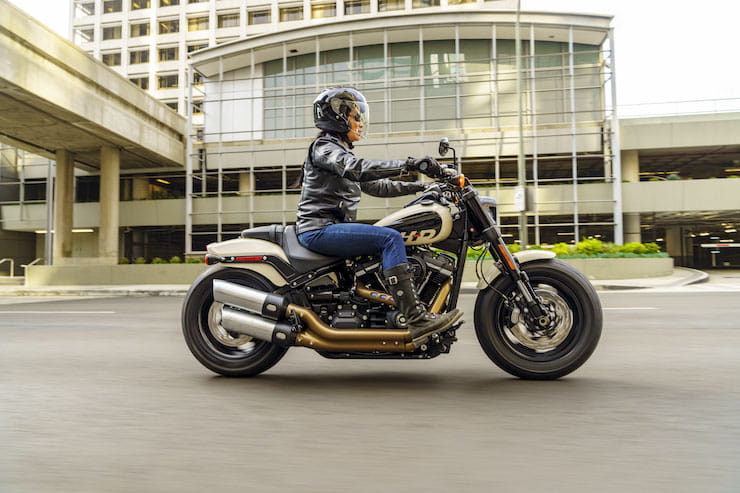 Among the more stalwart models in the Harley-Davidson range, the Softtail Standard and Street Bob 114 replace wire-spoke wheels for a set of Annihilator cast-aluminium wheels while the Heritage Classic 114 is available with a choice of 9-spoke cast aluminium or laced wheels, plus black and chrome finishes.

The Harley-Davidson Fat Boy now also gets a new 11-spoke wheel design with a military-inspired logo and the Fat Bob gets a waterslide fuel tank graphic.

Customers will also be able to choose from new colourways for the Touring range, including the Electra Glide, Road King, Street Glide and Road Glide, while the three-wheel Freewheeler features a new chrome and black v-shaped tank badge.