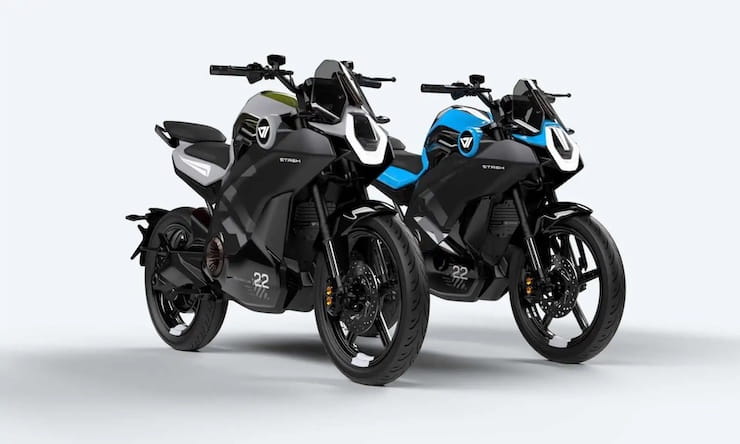 Fast-growing Chinese-Australian company Vmoto will ‘move up the power curve’ as it pushes into the full-sized electric motorcycle market as it looks to build on the success of its Super Soco scooter brand.

The all-electric manufacturer is gearing up to launch the all-new Vmoto Stash, a 125cc equivalent learner legal commuter as the first model to come from a fresh range of premium motorcycles planned in the next couple of years.

The standalone brand is spun off from Super Soco, which has enjoyed exponential growth since its UK launch in 2017 as consumers increasingly shift towards electric two-wheel transport, particularly in the scooter sector.

Though electric power still counts for a modest 5% market share in the UK, that 2021 figure is more than double that of 2020 with further growth inevitable. From this Super Soco saw sales jump more than 110% last year (just over 2000 units compared with approx. 900 units) giving it a commanding 30% share of the entire EV market. 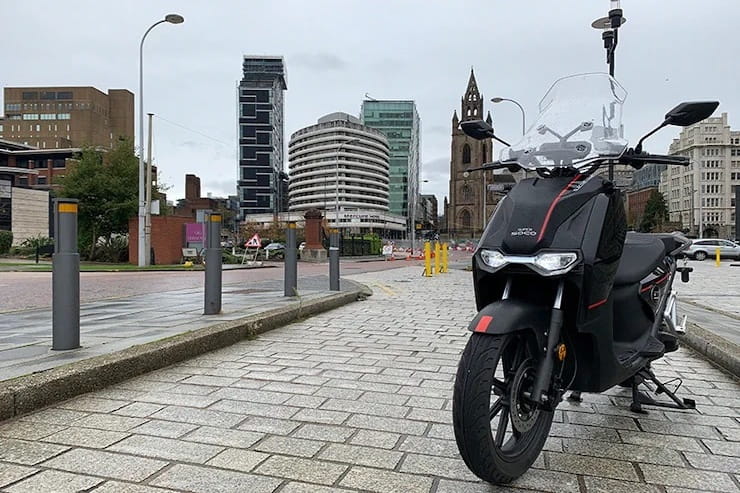 Spurred on by high demand from the UK’s growing delivery industry, the Super Soco CPx scooter landed tenth in UK sales charts for 2021, making it the fifth best-selling scooter (behind only Yamaha and Honda models) and the first electric model to crack the overall top ten. Of these Super Soco estimates around two in every three CPx models sold was for business purposes.

With this success being replicated in other countries, the company - named Vmoto Super Soco in its entirety - is moving onto the next stage of its expansion with the launch of the Stash. 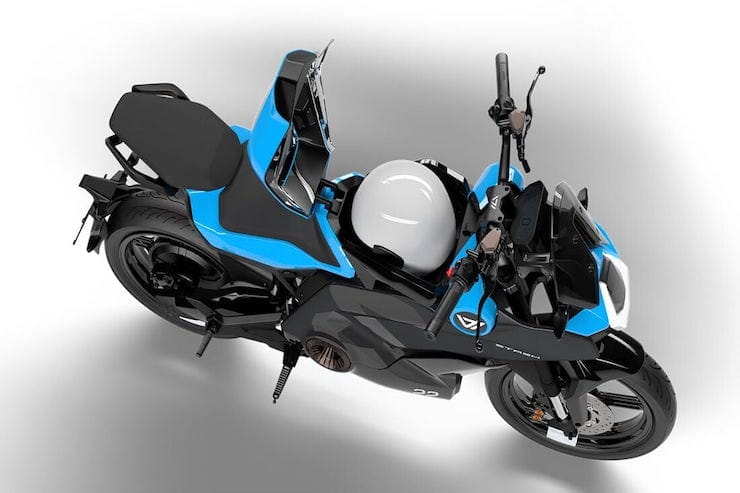 Designed in the UK by Adrian Morton - known for his work on several of MV Agusta’s current model range - the Stash is pitched at existing Super Soco customers looking to progress to a full-size motorcycle with the name inspired by a nifty touch of a luggage compartment capable of ‘stashing’ a helmet.

Prices haven’t been announced but while ICE-equipped competition in this sector is strong from the likes of Honda CB125F, KTM 125 Duke and Yamaha MT-125, Vmoto UK founder Richard Jordan expects an aggressive tag will entice eco-savvy consumers.

“I think it’s a really good-looking bike,” he told BikeSocial. “They’ve done the design work and I think it’s the product of some new collaborations with some new designers. It’s a really nice-looking machine. They’ve talked about the practicality, obviously, you’ve got space for a full-face helmet.

“It fits in quite nicely between our top bike and the slightly lower models. It fills a gap. It’s the start of these vehicles starting to evolve. Again, with electric, the drivetrain, it’s quite easy to make it better, honestly, whilst maintaining the same sort of price.”

Looking forward, the Stash represents a concerted push into establishing a range of affordable electric motorcycles in the high-volume low-capacity sector before mainstream rivals move with the impending EV shift.

“We’re really at the beginning,” he continued. “So, we’re coming out with a much more polished looking product with some mechanical changes, mechanical improvements. It’s a bit of a step change from the Super Soco TC overall.

“We are going to start moving up the power curve. I think you’ve got to remember that in terms of addressing the BMW GS riders and anyone who likes superbikes, unless you go right to the top of the price curve, Energica or the top of the range, Zero, you’re not going to get the same.

“But we’re moving up the power curve.”