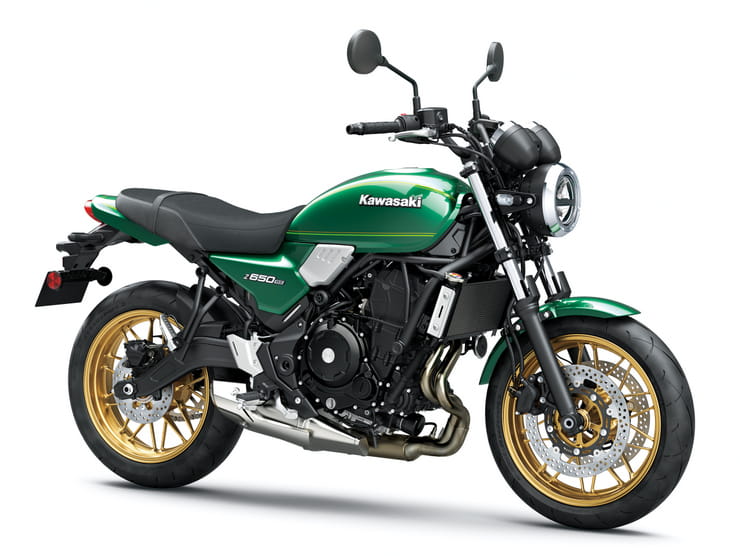 Ever since Kawasaki transformed its modern-looking Z900 into the retro-inspired Z900RS it’s been pretty clear that the Z650 would be well placed to receive the same treatment – and now that’s precisely what Kawasaki has launched with the new 2022 Z650RS.

We confirmed the existence of the bike earlier this month and as expected the company has unveiled two versions of the Z650RS – a full-power model with 68hp (50.2kW) and a restricted, A2-legal machine with 47hp (35kW) on tap. 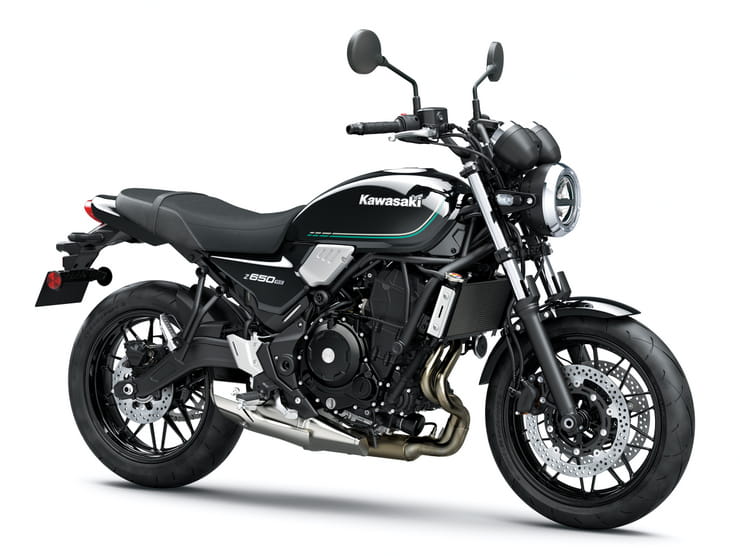 Despite the similarity to the Z650’s engine in terms of power, and the fact that even the exhaust system is shared with the current bike, Kawasaki says the Z650RS’s engine is tuned to suit the retro bike’s character, targeting low and mid-range response without any loss at the top end.

The frame is straight from the Z650, with similar 41mm right-way-up forks and the same near-horizontal rear shock arrangement. Adjustment is limited to preload on the rear.

Brakes are again from the Z650, with two-pot calipers and 300mm discs at the front and a single-piston rear caliper on a 200mm disc, both using Bosch ABS.

Given the similarities between the Z650 and the Z650RS, it’s no surprise that the two machines weigh much the same – 187kg for the RS, 188kg for the normal Z650 – complete with fuel. 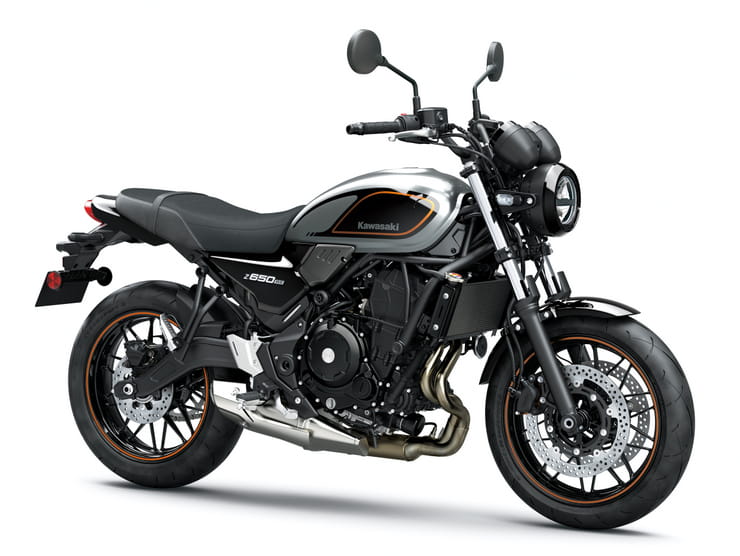 It’s the styling rather than the mechanical components that separates the Z650RS from the Z650, and it’s a clever and effective transformation.

By finishing the frame and the 647cc parallel twin engine in matte black, Kawasaki has ensured they don’t stand out visually. Even though the firm hasn’t gone to the lengths that it did with the Z900RS, which has a finned version of the Z900’s four-cylinder engine for a more 1970s-style look, the Z650’s transformation into a retro model is a successful one.

Your eyes are drawn to the new multi-spoke wheels – particularly on the ‘candy emerald green’ version of the bike, where they’re finished in gold – and to the duck-tail seat cowl and circular LED headlight topped by dual, circular instruments. 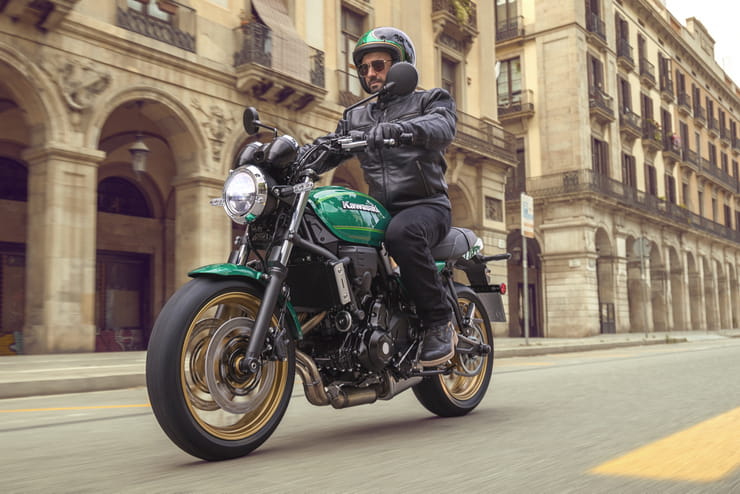