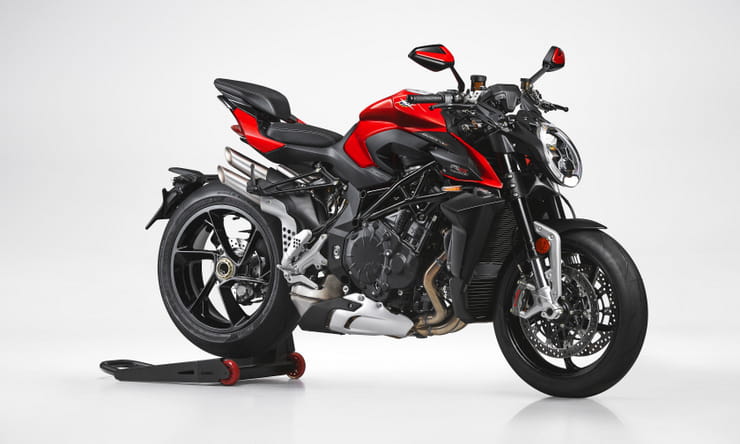 There’s no doubt that MV Agusta’s spectacular 205hp Brutale 1000 RR is one of the most jaw-dropping naked bikes on the planet but even if you have the near-£30k needed to put one in your garage the track-focussed ride and handling make for an uncomfortable proposition for road use.

Enter the Brutale 1000 RS; a new 2022 model that shares the RR’s performance but aligns it with a more comfortable riding position, simpler technology and a significantly lower asking price.

Given that riders with a big budget for a track bike are surely more likely to opt for a full-faired superbike than a naked roadster, the Brutale 1000 RR has always been a bit confusing. That’s not the case with the RS,  which we first revealed leaked details about back in July. 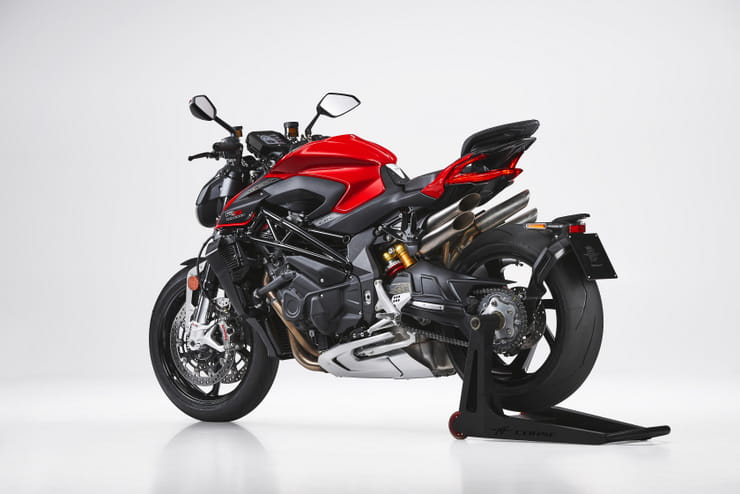 So, what are you sacrificing by opting for the cheaper RS? The most obvious answer is the suspension. Where the RR features Ohlins electronically adjustable kit, the RS uses manually adjusted Marzocchi forks and a Sachs rear shock, although it keeps the Ohlins electronic steering damper from the RR model.

Given the fact we found the Ohlins suspended RR to be harsh on the road, even if it’s sublime on track, that’s not necessarily the sacrifice it might seem – although the Ducati Streetfighter V4 S matches the MV on performance and gets the Ohlins semi-active kit, despite being much cheaper than either the RR or RS version of the Brutale. 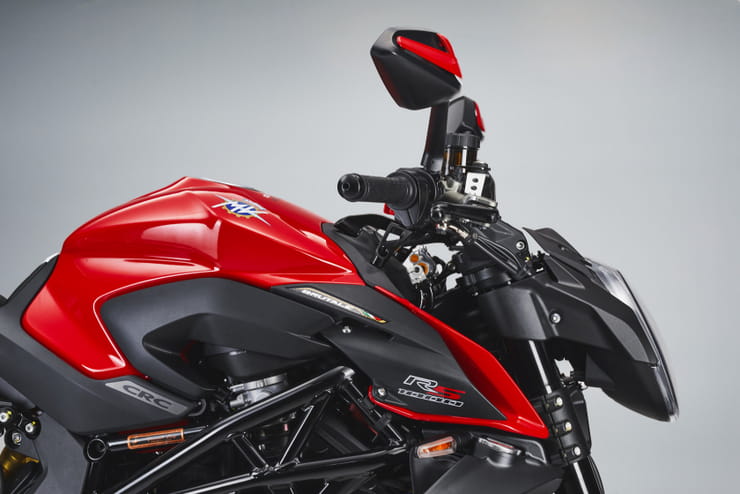 The new suspension isn’t the only change to make the Brutale 1000 RS a more comfortable alternative to the RR – the bike’s riding position and seat have also been rethought.

Although still clip-ons, the bars have been raised significantly from the café-race-style versions on the RR, making for a more upright riding position. To match, the footpegs are also repositioned, mounted on new forged alloy brackets, while the pegs themselves are also forged with a new design to improve grip. The seat, meanwhile, is redesigned for increased comfort, with dual-density foam.

In line with the rest of MV Agusta’s latest models, the RS opts for Continental ABS instead of the more commonly-found Bosch kit, but it’s still a cornering ABS system, and the rest of the tech is up to scratch with all the toys you’d expect for the price. Wheelie control, launch control, cruise control and an up/down quickshifter are standard, with a 5.5in TFT dash to oversee it all. You also get on-board GPS with integrated navigation, plus smartphone connectivity. 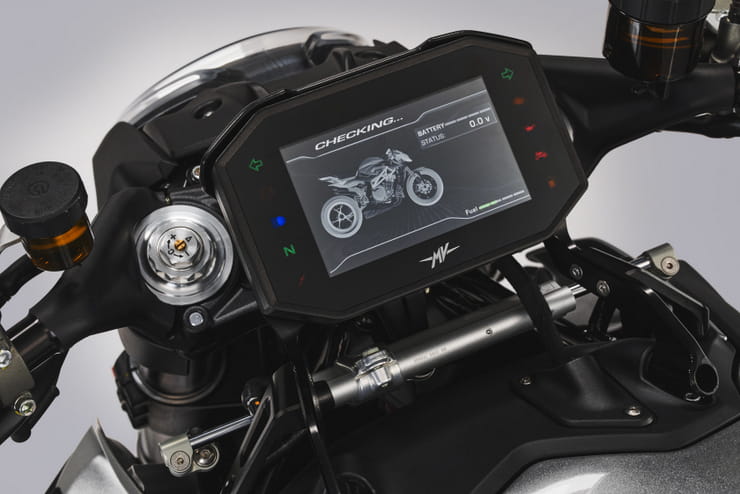 Visually, the lower spec suspension means the fork legs are black instead of gold, and real MV-spotters will notice the changes to the pegs and bars, but the styling is largely the same as the Brutale 1000 RR. New wheels set the RS version aside, but despite the various changed components the bike’s overall weight is identical to the RR’s at a claimed 186kg dry. Ready to ride, that equates to 208kg including a full tank of fuel.

While rationality rarely comes into the equation when buying a bike, and even less so when it comes to an MV Agusta, the Brutale 1000 RS might well turn out to be the most useable of the firm’s four-cylinder offerings as well as the cheapest. 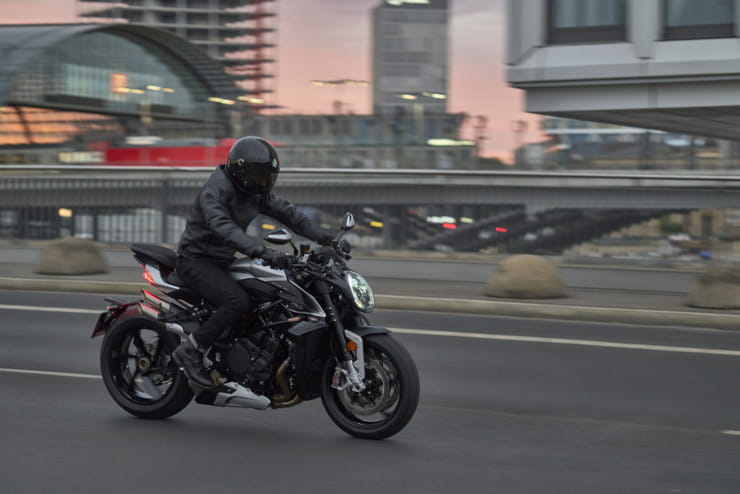