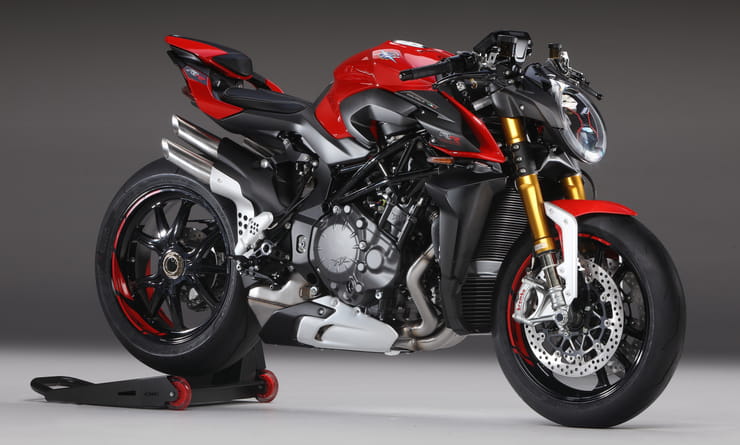 MV Agusta will add another derivative to the Brutale naked bike range later this year with the Brutale 1000 RS – a more comfortable version of the bike that doesn’t give away anything in terms of performance.

While there’s been talk of the RS for some time the bike has now been given the nod for type-approval, and the resulting paperwork gives us a few glimpses into what’s change – and what hasn’t – to convert MV Agusta’s 190mph naked bike from ‘RR’ to ‘RS’ form.

Let’s start with what’s the same, and that’s the performance. According to the type approval documents, the Brutale 1000 RS has the same top speed as the RR, thanks to an identical engine specification. That means you get 206hp at 13,000rpm and 86lbft at 11,000rpm. It’s bolted to essentially the same chassis, with an identical 1415mm wheelbase and an unchanged total length of 2080mm, so don’t expect any big visual changes either.

Despite earlier suggestions that the RS will lose some of the RR’s exotic carbon-fibre components, if it does then there’s no detriment to its weight, as the approved mass is the same as the RR model at 208kg complete with fuel (MV claims 186kg ‘dry’ for the RR, but it’s type-approved at 208kg with a full tank.) 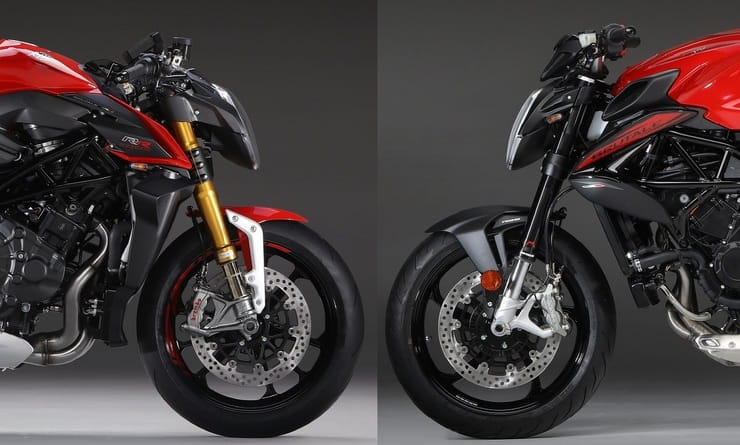 So, the RS is basically the same as the RR? Not quite. The main change is the riding position. The Brutale RR features low, narrow bars that, along with its stiff suspension, make for an impressive performance on track but a less convincing package for road use. The RS’s type approval shows this is one area that’s addressed, as its bars are 30mm wider than those on the RR and significantly higher. On the RR, the instruments are the highest point of the bike at 1045mm off the ground, with the bars dropping down below them. For the RR, the bars rise above the clocks, bringing the total height to 1070mm. That’s the same height as the smaller Brutale 800 models, which have much taller, more road-oriented bars, so it seems likely the new 1000 RS will mirror the 800’s riding position.

Rumours suggest the RS will also have significantly softer suspension than the RR model and given the more street-oriented riding position that makes a lot of sense. In our first test of the RR, we found the suspension too harsh to suit normal roads.

With type approval completed, it’s unlikely to be long before MV Agusta officially confirms the RS version of the Brutale 1000.

While formal pricing has yet to be announced, we expect the Brutale 1000 RS to be cheaper than the Brutale RR (which at time of writing retails at £28,900) due to the likelihood of the suspension components being less exotic. Our guestimate is that the RS will come in at around £22,000, but only time will tell.