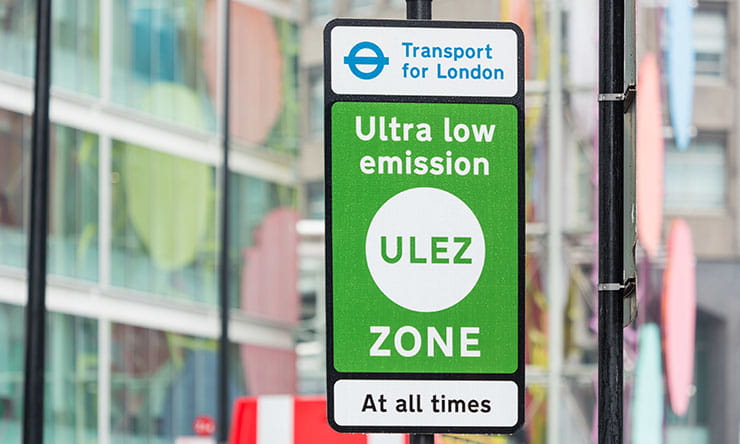 London’s controversial ULEZ (Ultra Low Emissions Zone) has grown to 18 times its original size from today (25th October 2021) – entrapping thousands of riders and drivers who live in or visit the area it now covers into paying £12.50 per day to use their vehicles.

When originally introduced in 2019, the ULEZ area was the same central London area covered by the Congestion Charge, adding a £12.50 per day fee to motorcycles that don’t meet at least Euro 3 emissions standards (most pre-2007 models), as well as pre-Euro 4 (2006) petrol cars and pre-Euro 6 (2015) diesels.  Added to the existing £15 per day congestion charge, it meant paying up to £27.50 for each trip into the zone. However, it applied only to central London – an area that’s more commercial than residential, with only around 136,000 residents, of whom only a small proportion are likely to own vehicles.

From today, though, the ULEZ expands to cover the entire area encircled by the North and South Circular roads, which means around 3.8 million residents are now within it, with around a million vehicles travelling in the area each day. 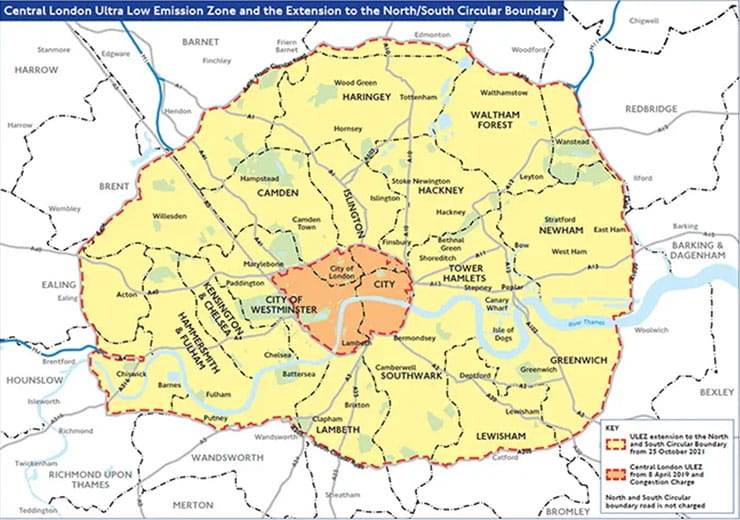 Although a large proportion of those vehicles will be ULEZ-compliant, and hence dodge the new charge, well over 100,000 are likely to fall foul of the new charges each day. On top of that, until yesterday, residents within the original ULEZ were exempt – but from 25 October they also have to pay if their vehicles don’t meet the low emissions requirements.

While there is a scrappage scheme offering up to £1000 to help some residents replace their non-compliant motorcycles with cleaner ones, it’s very restrictive and the £52 million that was originally set aside for the scheme is almost gone. To be eligible, you have to be resident in one of London’s 32 boroughs or the City of London, and to be claiming benefits such as Universal Credit, a Carer’s Allowance, Disability Living Allowance, Jobseekers Allowance or Child Tax Credits (among others). Those who don’t fit the restrictive conditions will simply have to suck up the cost of the ULEZ charges or find their own way to fund a newer, cleaner bike.

To find out postcodes that are covered by the ULEZ, check whether your bike will be charged and to set up payments, visit the official TFL website here.

For motorcycles, the ULEZ already poses a particular problem, as many bikes older than the Euro 3 standard (2007) already actually comply with the zone’s 0.15g/km NOx limit, but due to the lack of information on the DVLA database used to cross-reference registration plates with emissions information, they will be charged regardless. There are ways to gain exemption if you’re in that situation, as we explored here.

It's also worth noting that MOT and tax-exempt bikes in the ‘Historic Vehicle’ tax class (which means over 40 years old, although there are other restrictions in terms of modifications which you can read about here) are also exempt from ULEZ charges. 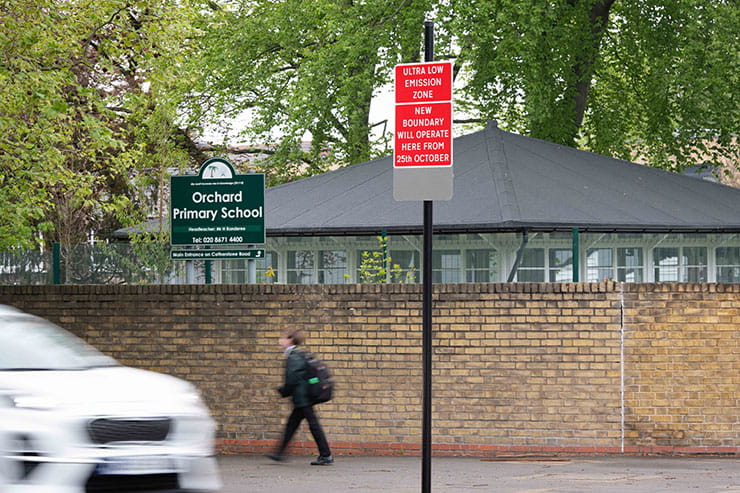 Other low and zero emissions zones in the pipeline

Although it’s easy for those living outside the ULEZ area to ignore it, it’s inevitable that an increasing number of people will be caught in this trap in the future.

Now it’s in place, it would be little more than a tweak to tighten the restrictions in terms of emissions levels, and while most of us live outside the ULEZ area it covers a section of London that many are likely to at least visit fairy often.

What’s more, there are plenty of other cities and towns closely watching London’s example and scheming to introduce low emissions zones of their own. Some are already in force, including Birmingham’s Clean Air Zone, which operates similar emissions limits to the ULEZ but currently exempts motorcycles.  Elsewhere, there are plans for Clean Air Zone (CAZ) charging schemes to come into force in 2022 in Newcastle Upon Tyne, Portsmouth (from November 2021), Bradford and Greater Manchester, although they are currently not planning to charge private motorists, instead focussing on taxis, HGVs, buses and coaches. Bristol is to introduce a CAZ next summer, using the same emissions standards as the London’s ULEZ and charging private motorists £9 per day if their vehicle doesn’t comply, but like Birmingham it doesn’t include motorcycles at the moment.

Liverpool also has plans for a CAZ, although its details have yet to be hammered out, and in Scotland there are plans for Low Emissions Zones (LEZ) in Edinburgh, Glasgow, Dundee and Aberdeen to be introduced next year, again with similar emissions limits to the ULEZ but with massive £60 fines for non-compliant vehicles caught in the zones. However, Scotland’s plans, like Birmingham’s and Bristol’s, currently exempt motorcycles, scooters and mopeds.

From February 2022, Oxford will pilot the most extreme scheme yet – a Zero Emissions Zone (ZEZ), which will (initially at least) cover just a few streets in the city centre and allow only zero-emissions vehicles to enter them free of charge, with fees from £2 per day to £10 per day on a sliding scale depending on their emissions. Bikes will be included, with fees of either £2 per day (more than zero emissions but less than 75g/km CO2) or £4 per day (over 75g/km CO2), and the charges are due to double in 2025.