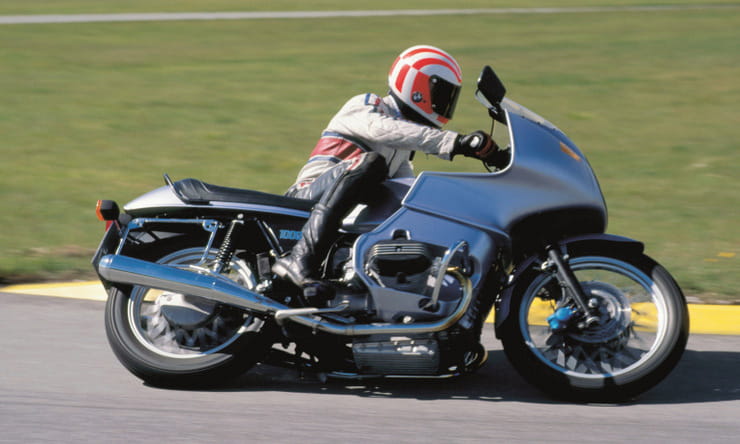 From 20 May 2018 the MOT test for vehicles over 40 years old will be abolished. It means that cars and bikes will simultaneously become MOT and VED-exempt the moment they hit 40.

The move means that from next spring, pre-1978 cars and bikes will basically become free to own, other than fuel and insurance expenses.

While pre-1960 vehicles are already MOT-exempt, the new rolling 40-year rule will bring vastly more vehicles into the same fold. And while anything from the 1950s or earlier is likely to be a chore to use in modern traffic, bikes from the late 1970s have the performance and brakes to be viable daily transport.

Although the new rules apply to all ‘Vehicles of Historic Interest’ – VHIs – to use the government’s terms, motorcyclists are likely to feel the positive sides of the new rules most keenly. While few people have the garage space for a collection of cars, it’s easy to shoehorn a variety of motorcycles into a garage. And while bikes have evolved enormously over the last few decades, the fact that they don’t have to pass crash tests, and don’t have power steering, air-conditioning or airbags, means that old ones are far closer to their modern equivalents than cars. A 1970s Ford Cortina wouldn’t make for comfortable or practical modern transport, but something like a 1970s Honda Goldwing or BMW R100RS could make a sedate daily commute with nearly the ease as a modern middleweight.

According to DfT figures, there are around 90,000 currently licensed bikes made in 1978 or before. Of them, around 37,000 are pre-1960 and so already MOT-exempt. The new rules mean some 53,000 existing, licensed 1960-1978 bikes will become MOT-exempt – and the number will rise each year thanks to the rolling 40-year limit. In a couple of years, the first BMW R80 G/Ses will be MOT exempt, for instance, and we’re only seven years away from MOT-exempt, 40-year-old GSX-R750s that still have enough performance to blow away plenty of modern supercars. 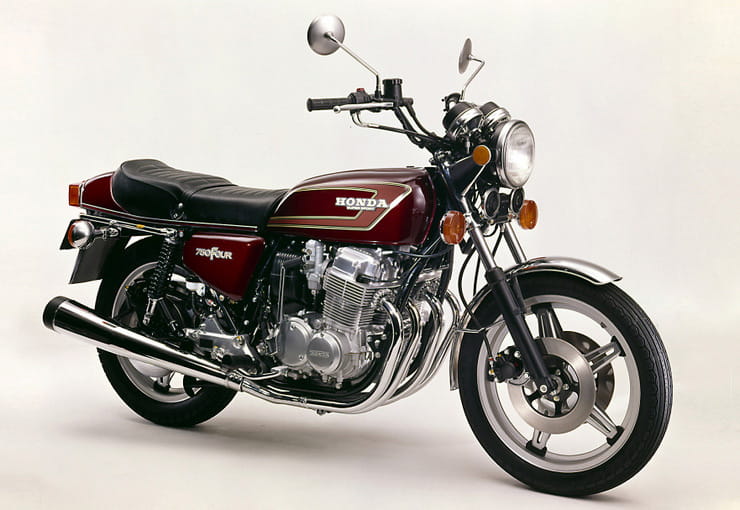 But those figures may prove to be the tip of the iceberg. How many 40-year-old bikes are currently off the road and unlicensed because of the MOT test? With no test, could these bikes all suddenly reappear on the road as unregulated death-traps?

While MOT-exempt vehicles are still legally obliged to be road legal – so basically to be in a condition that would pass an MOT – it’s surely inevitable that some will take advantage of it to use bikes that aren’t in a roadworthy state. And even if they don’t do so intentionally, even enthusiastic owners aren’t sure to have the knowledge or skills to keep their bikes up to standard without the regular testing. While it’s easy to make sure your horn and lights work, and to see that there’s enough tread left on your tyres, how many of us would have our brakes tested on a roller on a regular basis? And, be honest, have you ever been forced to fix up a leaking fork seal or get some new tyres before taking your bike for an MOT? With no test, even those with good intentions might be tempted to put off maintenance that they’d otherwise be forced to have done.

The government says that while there will be nothing forcing people to undergo an MOT test, there will still be the option of paying a garage to put your bike through the process for your own peace of mind. But in reality it’s not an option many will take; the same already applies to pre-1960 MOT-exempt vehicles, and only around 6% go through a voluntary MOT. Those dedicated enough to do it are, ironically, probably the ones with the best-cared-for vehicles that are least likely to fail the test. 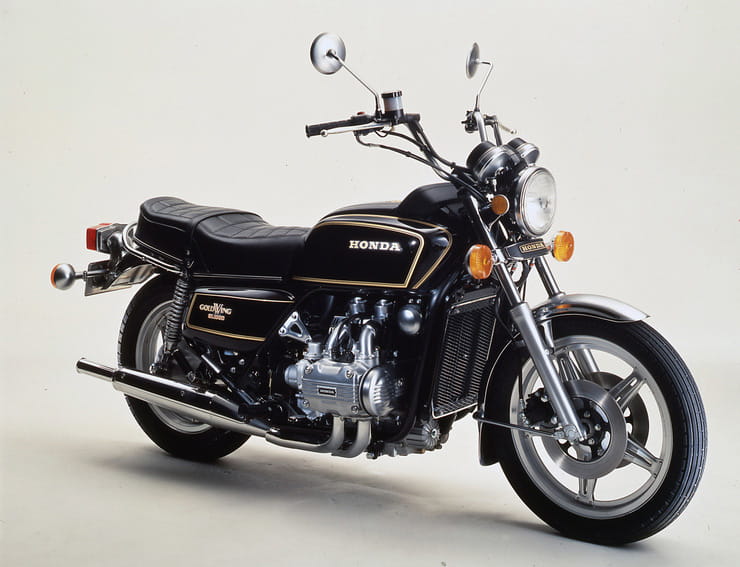 So why make old bikes MOT-exempt?

The MOT system is well-proven and helps make vehicles licenced in the UK among the safest and best-maintained in the world. So why introduce a loophole that could see a flood of old, knackered and potentially dangerous vehicles hit the street?

The change is rooted in an EU Directive (2015/45/EU), which enables member states to exempt vehicles over 30 years old from periodic roadworthiness testing. It’s an effort to simplify testing and to relieve a burden on classic vehicle owners. However, this isn’t something that’s being forced on us by Europe – it’s up to individual member states to decide whether or not to test older vehicles.

“Vehicles of historical interest are supposed to conserve the heritage of the period during which they were constructed, and are considered to be hardly used on public roads. It should be left to Member States to determine the periodicity of roadworthiness testing for such vehicles. It should also be for Member States to regulate roadworthiness testing for other types of specialised vehicles.

The UK government consulted on several ideas for exempting older vehicles from the MOT, and was met with resistance. The consultation showed that 56% of respondents were against the idea of exempting vehicles over 40 years old from the MOT. Even more – 75% - said that it would be crazy to let 30-year-old vehicles be exempt, as could be allowed under the EU Directive.

Despite the negative response, the Government has opted to go ahead with the 40-year exemption. Jesse Norman MP, Parliamentary Under Secretary of State for Roads, Local Transport and Devolution, said: “After considering the responses, we have decided to exempt most vehicles over 40 years old from the requirement for annual roadworthiness testing. This means lighter vehicles (such as cars and motorcycles) and those larger vehicles such as buses which are not used commercially. Heavy Goods Vehicles and Public Service Vehicles falling under operator licensing regulations will remain within the scope of roadworthiness testing. This will ensure a proportionate approach to testing for older vehicles, which works for public safety and vehicle owners.”

The Government argument is that the exemption will only add around 293,000 vehicles (of all types) to the 197,000 that are already MOT-exempt. While that’s a lot, it’s only around 1% of the vehicles currently licenced. They argue that older vehicles that have survived this long are usually well cared for and rarely used, even then only for short journeys. They also suggest that the modern MOT isn’t suitable for older cars – which makes some sense, given the ever increasing number of electronic systems and emission-related tests. Finally, the 40-year exemption means that it now falls into line with VED-exemption, which should make record-keeping simpler.

The Government also used figures to back up its arguments. It said that in 2017 there were 215 people killed or seriously injured (KSI) in accidents involving vehicles made between 1961 and 1977. That’s a lower rate of death and injury per vehicle than for modern (post-1988) vehicles.

Statistics can be twisted, though. The argument that older vehicles are used for fewer and shorter journeys – also used as justification for the changes – should also be applied here. A per-vehicle KSI rate is surely less relevant than the rate of people killed or seriously injured per vehicle mile travelled. Those figures haven’t been supplied, and may indeed be impossible to accurately collate.

However, only some 3% of overall road casualties are associated with vehicle defects, so even with an increased chance of poorly-maintained pre-1978 vehicles on the road, we’re unlikely to see a noticeable spike in deaths and injuries – at least on a wider statistical level. On a real-world level, it’s inevitable that come next May we’re likely to start seeing news reports of deaths and injuries involving older, MOT-exempt vehicles – even if the figures don’t increase, each accident will surely come under greater suspicion that maintenance could be at fault. 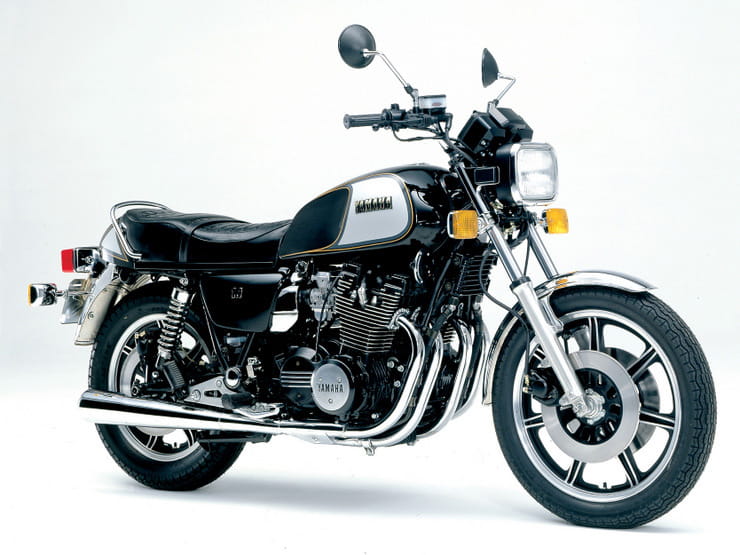 What about modified bikes?

Here’s where we start to hit some real confusion. What happens if you’ve got an old bike that’s been modified, either in period or more recently? Could you create a VED and MOT-exempt machine with modern levels of performance and handling by updating a pre-1978 bike?

Jesse Norman MP, Parliamentary Under Secretary of State for Roads, Local Transport and Devolution, said: “Vehicles that have been substantially changed, regardless of their age, will not be exempt from annual roadworthiness testing. We do not propose to set out in legislation a definition of “substantial change” but will be including this in guidance so that it can remain more flexible and responsive. The exact wording for this guidance will be discussed with stakeholders and relevant bodies and published subsequently.”

The guidance issued so far only applies to cars – motorcycle-specific guidance is due to be released later this year and will differ slightly.

The draft guidance gives two criteria. The first criterion is perhaps the most important – but also maybe the hardest to enforce – as it states that a vehicle will be considered substantially changed if it “has a power to weight ratio of more than 15% in excess of its original design, unless such a modification took place before 1988.”

The second criterion basically applies the existing ‘8-point rule’. This is used by the DVLA in deciding whether a modified vehicle is allowed to keep its original registration plate. The scheme allots ‘points’ to various parts of the vehicle, and you can keep the original plate if your vehicle amasses eight points or more. Fewer than eight points means undergoing additional tests and re-registering with a Q-plate.

Here’s the point scheme as it stands now:

However, as mentioned, this won’t necessarily be applied to bikes, which will be issued with their own ‘substantial change’ guidance later. We’ll keep you updated…