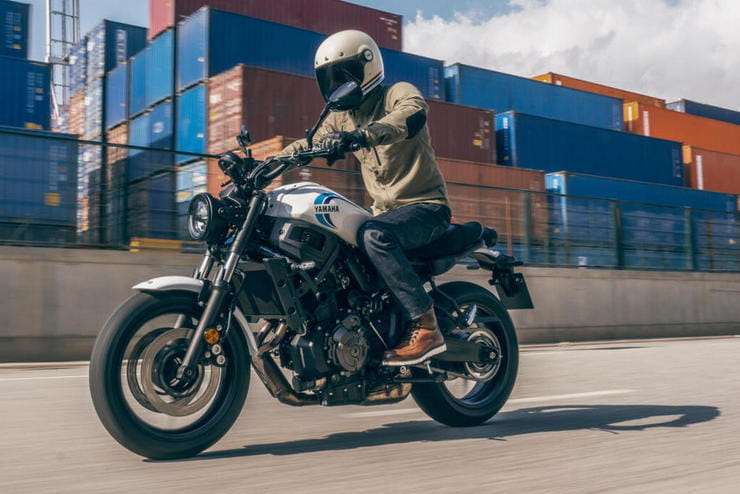 With a new XSR900 for 2022 Yamaha hasn’t forgotten to give a little attention to the smaller XSR700 as well – tweaking the bike’s styling to better match its updated stablemate.

Although the new XSR900’s revamp is a surprisingly in-depth one, making it far more than simply a retro-styled version of the MT-09 it’s derived from, the XSR700’s 2022 tweaks are much more sedate, but still make the bike more attractive both from an aesthetic perspective and as an ownership proposition. 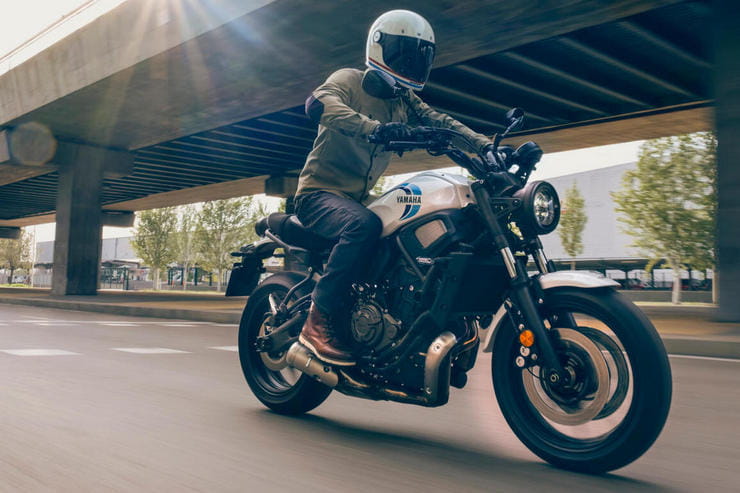 The 2022 bike’s headlight is definitely an improvement visually, over its predecessor. The old version always looked a little too small in diameter and protruded surprisingly far from the front of the bike, but for next year’s update the XSR700 borrows its lamp from the new XSR900. It’s a stubbier, wider-looking design, split horizontally into two sections, and it helps give the bike a blunter, more compact look. It’s an LED light, of course, and as such promises improved lighting as well as a better appearance than its predecessor.

New headlight brackets are fitted and the indicators – which previously say alongside the lamp – are shifted down onto mildly redesigned radiator side cowls.

Although the instruments are the same, simple, circular unit as before, they’re moved from a central spot, on top of the upper yoke, to an offset position above the headlight. It’s a shift that again helps make the bike’s front end look better proportioned, and as a happy by-product means the readout will be much closer to the rider’s eyeline. Since the instrument pack is further away than before, Yamaha has added new switchgear to change its display functions without taking a hand off the bars. 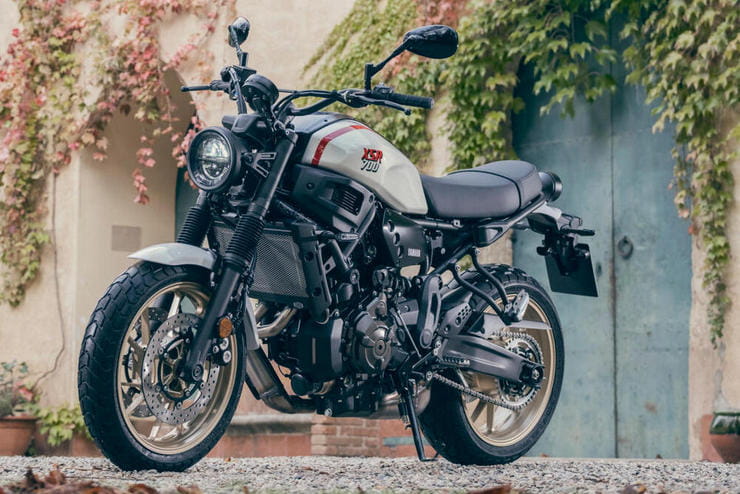 The styling tweaks are backed up by detail changes to the chassis, notably including revised forks and larger 298mm front brake discs, while the stock tyres are now Michelin Road 5s.

Colour options for 2022 are inspired by the old RD350LC, with white-and-blue or black-and-gold schemes available when the bike reaches dealers in April 2022.

The scrambler-style XSR700 XTribute gets the same changes to the headlight, indicators, switchgear and instruments, but keeps its off-road-inspired look with Pirelli MT-60RS tyre, a flat seat and wider, braced bars. As before, its white, red and black colours, with gold wheels, are inspired by the XT500. 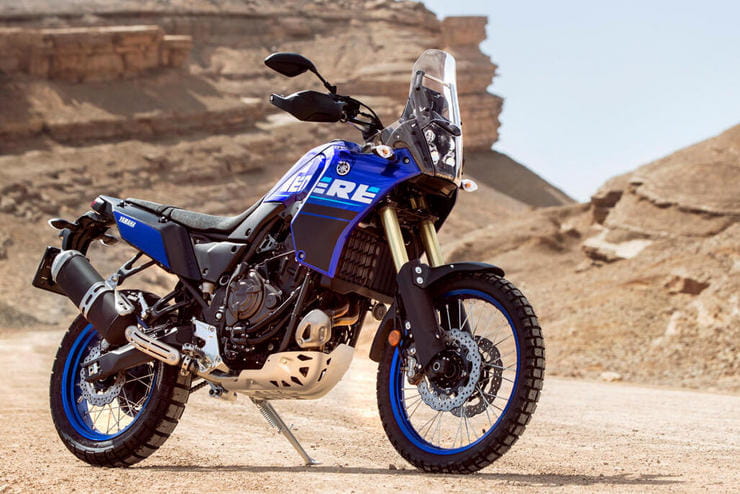 The Ténéré 700 might not be getting technical updates for 2022 but as one of Yamaha’s most popular models its colours are being updates.

The normal version of the bike will be offered in either ‘Icon Blue’ based on Yamaha’s race bikes or ‘Midnight Black’, with each version getting wheel rims to match its body colour. Meanwhile the Ténéré 700 Rally Edition, with various parts from the options catalogue fitted as standard including an Akrapovič pipe, skid plate and radiator protectors, is to be offered in white with red ‘speed block’ graphics and gold wheels to conjure visions of a host of classic Yamahas of years gone by. 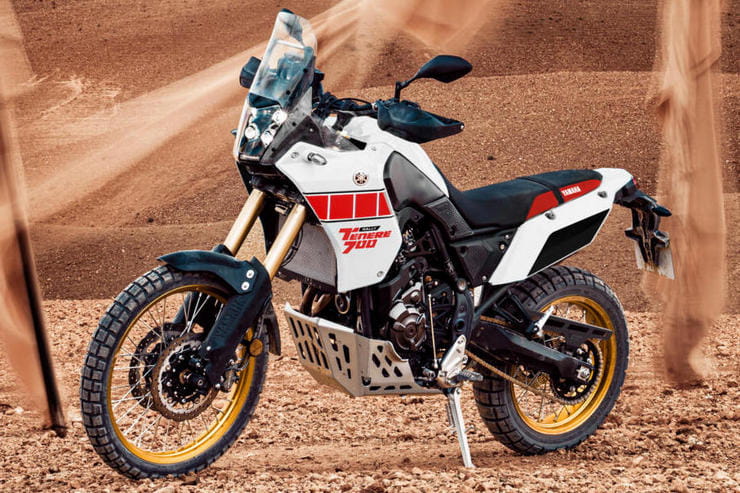 The R6 might have fallen foul of emissions limits with the introduction of Euro 5 but in 2021 it lived on as the track-only R6 Race. That model remains in the range for 2022, and is joined by the higher-spec R6 GYTR – which is aimed at race teams and dedicated track day riders and will be offered by just a handful of selected Yamaha ‘Pro Shop’ dealers including Crescent Motorcycles in Dorset, Padgett in West Yorkshire, Raceways in Lancashire and Tamworth Yamaha in the West Midlands.

Given the success of track-only specials like the ultra-pricy KTM RC 8C this year, Yamaha’s decision to make the GYTR makes sense. It gains a race fairing made of carbon-reinforced glass-fibre, FIM-approved front brake lever guard and rear sprocket protector, race sprockets and a special 520 chain, an Akrapovič exhaust and a programmable superstock ECU with a race wiring harness. Other tweaks include block-off plates to allow the removal of some air intake components, stainless steel brake hoses and an ABS emulator that allows the ABS pump to be removed.

A GYTR single-seat unit, billet rear-sets and the option to reverse the gear shift into a race pattern complete the transformation. Standard paintwork? Primer. After all, you’ll want to add your own colour scheme, won’t you? 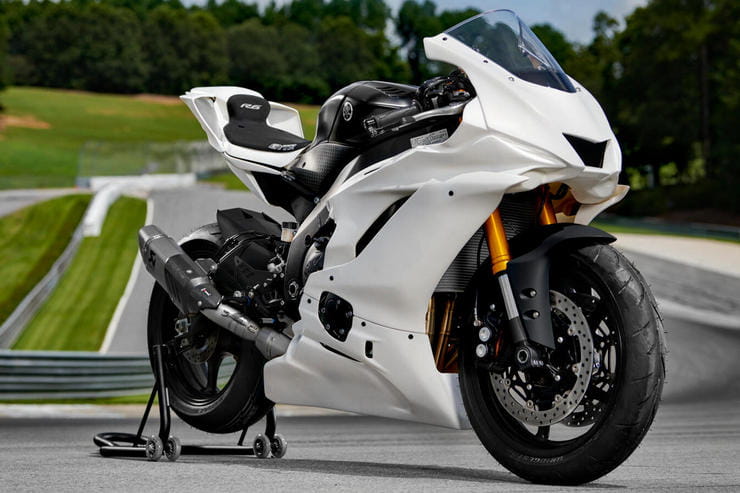