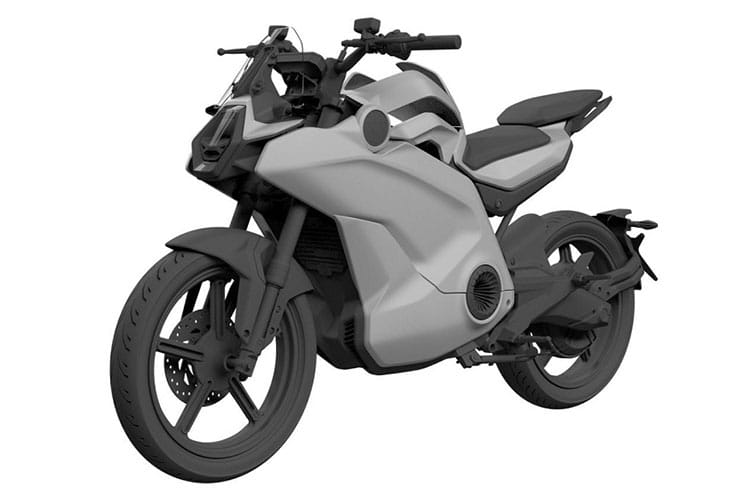 Vmoto Soco – makers of the popular TC, TSX and TC Max electric bikes – will launch the Stash at EICMA in Milan next week but the bike’s styling has already been revealed in new design patents.

The Stash, which Vmoto says is the ‘first model of the new premium brand of Vmoto Soco Group’, is due to be unveiled in around a week’s time, at which stage we’ll learn more about its abilities and performance, but it’s already been announced that the styling comes from the pen of Adrian Morton.

British design Morton found fame as a prodigy of Massimo Tamburini and having worked on the original MV Agusta F4 went on to head Benelli’s design department, creating the radical-looking Tornado Tre, with its under-seat radiator and distinctive tail-mounted fans, and the naked TNT spin-off. He later returned to MV Agusta, where he headed up the firm’s design department, overseeing all the most recent models until leaving the company last year. 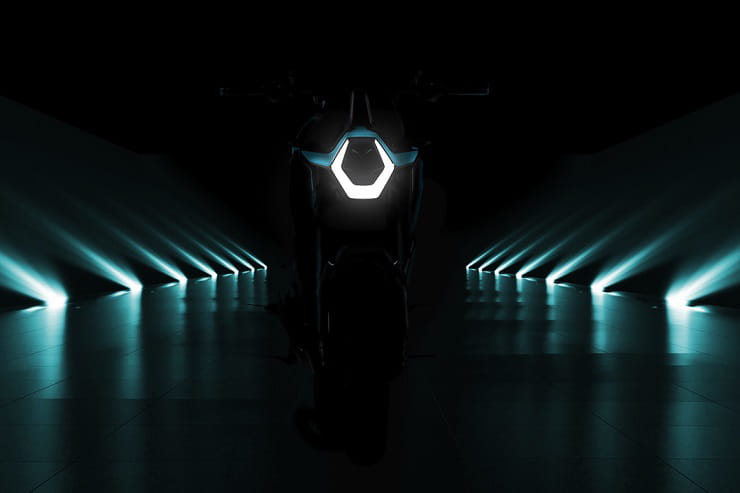 The Vmoto Stash is, then a change of pace for Morton, and brings him new freedoms thanks to its electric power source.

Looking at these design images, it appears that the new bike uses the same thinking as the Soco TC and TSX, housing the battery in the main section of the chassis but using a hub-mounted motor to drive the rear wheel instead of a central motor with a chain or belt drive.

The size of the tyres, wheels and brakes suggest the performance will be somewhere around that of a 125cc petrol bike, but the swingarm is much sturdier than the existing TC or TSX’s, hinting that the bike has more potential than those machines.

It’s the styling, though, that really sets the Stash apart. The bike’s headlight, flanked by small winglets, clearly confirms this is the machine seen in Vmoto’s teaser image, and above it sits a small screen that may even turn out to be adjustable. Further back, the ‘tank’ area is where it gets really unusual, with a skeletal framework that appears to be designed to give the same knee grip area as a sports bike but without the visual mass of a complete tank.

At the front the ‘tank’ area there’s a circular section that looks like it could be a hinge – suggesting the upper side beams of the tank can swing up. Chances are that this will allow you to lock your helmet inside the cage created by the beams when they’re dropped down again, leaving it on view but keeping it safe from thieves. QJMotor’s QJ7000D uses the area for a similar purpose. 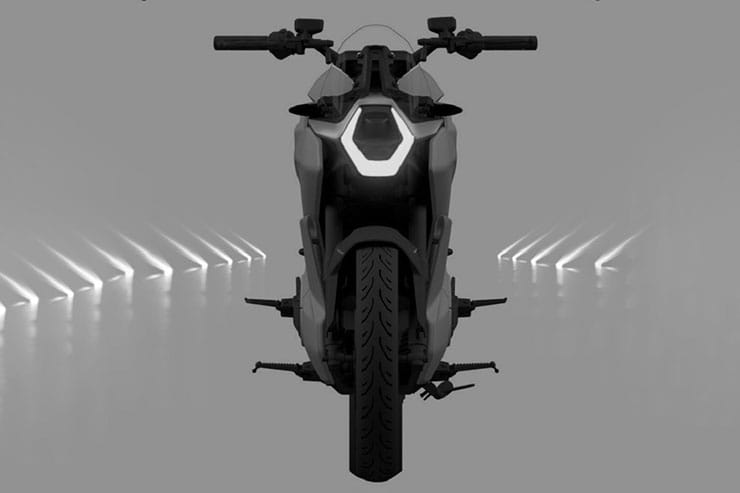 Overlayed on the teaser picture, the patent matches perfectly

Lower down, the solid-sided bodywork is in keeping with existing Soco models, hiding the electronics and battery from sight. The turbine-style circle on either side of the body looks like it should be the motor, but the bulk of a hub-mounted motor in the middle of the rear wheel suggests it’s actually more of a styling quirk than a mechanical component.

Although the design looks like a concept bike, this is actually set to be a showroom-ready production model. Details like the indicators front and rear, as well as the swingarm-mounted licence plate bracket, show that the design has been made to comply with all the relevant rules to be put on the road.

Look out for more details of the Vmoto Stash in our EICMA show coverage next week. 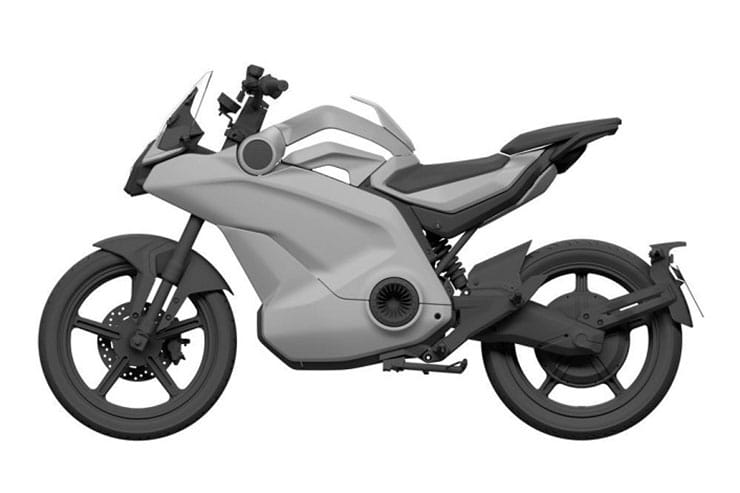