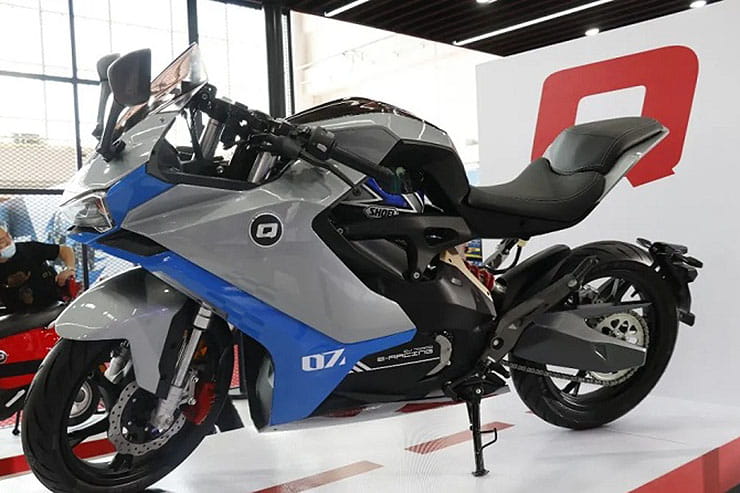 It’s getting to the point where the list of brands that haven’t revealed an ambitious electric concept bike is shorter than the list of those that haven’t but the latest addition is a surprisingly real-world design that comes from Benelli’s sister brand QJMotor.

The uninspiring-sounding ‘QJ7000D’ actually owes its name to Chinese rules on motorcycle labelling, which might be an indication that it’s actually a near-production model rather than a pure concept bike. All Chinese bikes have titles that start with a two-letter manufacturer code – ‘QJ’ for Qianjiang, in this case – followed by digits that reflect the engine capacity or, in electric bikes, the rated wattage of the motor.

So, this design has a 7kW motor, equivalent to 9.4bhp, although rated power for electric motors is measured as a continuous amount that can be achieved without overheating for unlimited periods, so inevitably the bike’s peak power – available for shorter bursts – is higher. QJMotor puts it at 10kW, or 13.4bhp, which is roughly in line with what you’d expect from a learner-legal 125cc bike.

The QJ7000D itself gets styling that’s aligned with the rest of the firm’s petrol-powered range, bit with no fuel tank required the space is dedicated to storage instead. Rather impractically, instead of putting a simple lidded bin where the tank would normally sit, QJ has fitted a dedicate helmet storage area that’s open at the sides. That leaves your helmet on display (stop sniggering at the back) and means you can’t use the space to keep anything smaller, or for anything that you want to keep hidden from sight, as thieves could simply reach in and grab it. 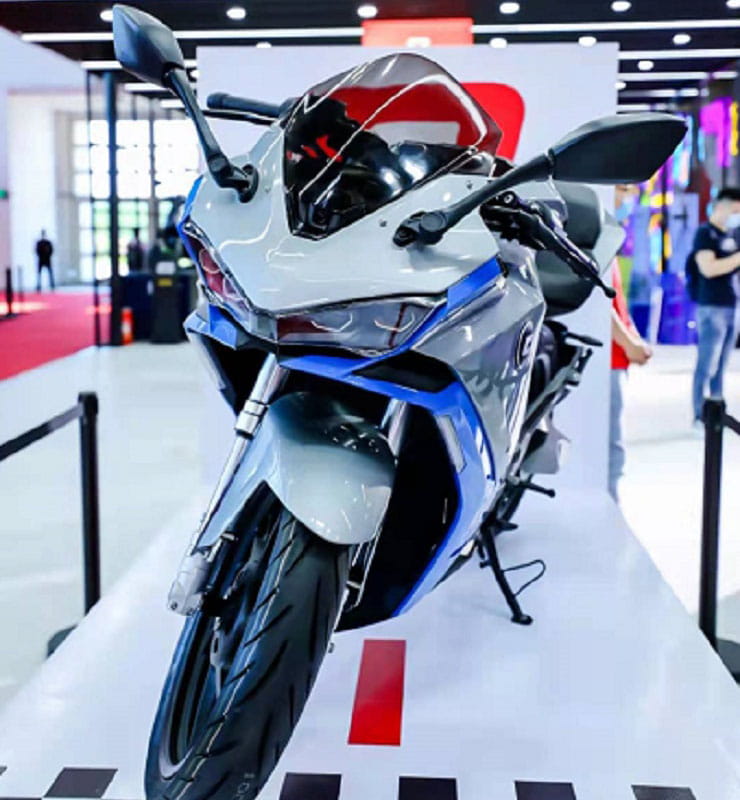 In tech terms, the bike’s motor is mounted conventionally, near the front sprocket, and it’s powered by a 72 volt, 60Ah battery pack. The result is a max speed of 105km/h – that’s 65mph – and a range of 100km, or 62 miles. Not spectacular, but very believable for a production-ready bike.

Less convention is the fact that the QJ7000D features a normal clutch and gear lever, like a petrol-powered bike. That means the rear brake is foot-operated rather than a bar-mounted, scooter-style setup. Does it really need multiple gears? Probably not, but it should make the bike more entertaining to ride than most low-powered electric options.

Also unusual is the fact that the new design features a front-facing camera – mounted behind the lower section of the screen. It’s not completely clear what the camera is used for, but the same company’s Benelli 1200 GT touring bike also features cameras both front and rear.

Although there’s no official word on production, the down-to-earth specifications plus details of the QJ7000D like its mirrors and rear licence plate bracket suggest it isn’t far from being showroom-ready. The big question is whether Benelli, the European arm of Qianjiang, which shares most of its engines and frames with bikes in the QJMotor range, will adopt the QJ7000D’s underpinnings to create its own, Euro-oriented electric offering. Given the fact that an electric bike is fast becoming essential in every range, it seems a logical step to take.