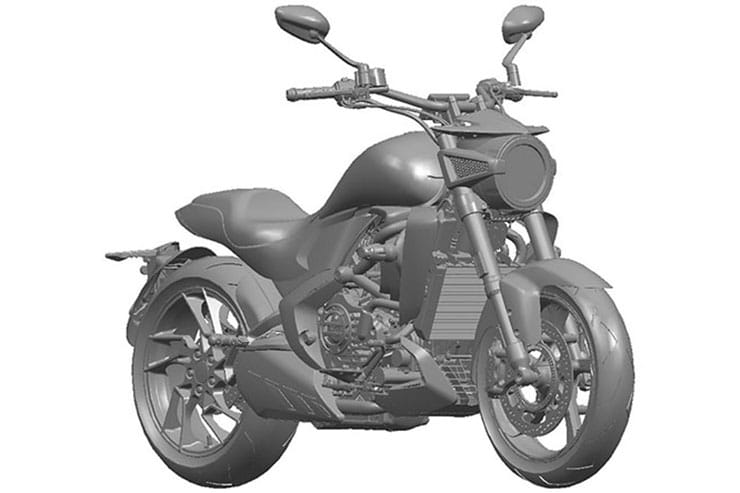 Chinese firm Zontes is preparing a whole range of 350cc singles to replace its current 310cc range and newly published patents show this new ZT350-S sports-cruiser will join the line-up.

Most of Zontes’ models, including the naked ZT310-R, the ZT310-T adventure bike, the ZT310-X tourer and the ZT310-V cruiser will look almost identical in 350cc form as in their current, smaller-engined guise, but the firm has already confirmed there will be a new addition to the range in the form of the ZT350-GK, a sport, retro-inspired naked model along the lines of the Husqvarna Vitpilen. We wrote about those updates back in August, including details of the extensive engine changes that encompass a new crank case, cylinder and head as well as various ancillary parts. Power rises from the 34hp of the existing 310 models to 39hp in the 350s, although original plans for a higher spec 42hp version have been put on hold for the moment. 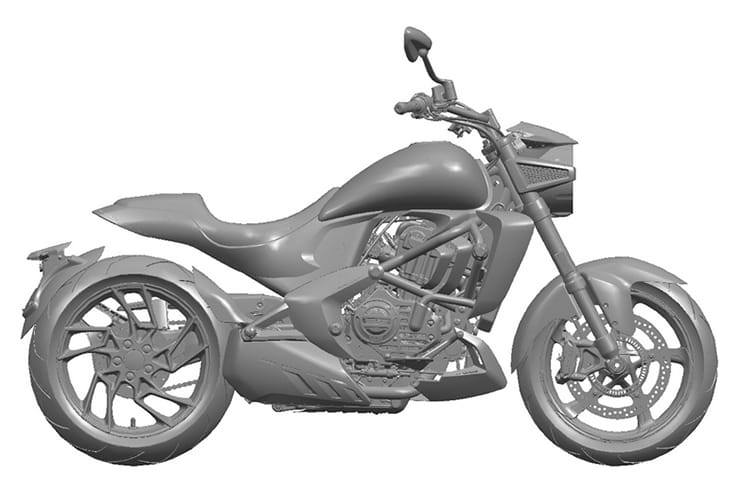 The ZT350-S is a new addition to the range altogether, combining elements from the ZT350-GK, including the large, circular headlight with a low-slung, Ducati XDiavel-ish profile and adding some retro elements including a traditional-looking cruiser-style fuel tank.

However, it’s not an entirely retro model – the single-sided swingarm and alloy wheels, as well as the DOHC, water-cooled engine all give a modern twist to the look. There’s even a nod to the modern trend for aerodynamic addenda in the form of a wing-shaped spoiler above the headlamp.

Although disparate, the mix of old and new ideas work together surprisingly well, and when it comes to the exhaust Zontes has taken an even more unconventional approach by effectively hiding it altogether. While we can see the silencer, just ahead of the rear wheel, it's covered by a cowl and the actual exhaust outlet is hidden, pointing down towards the ground rather than poking out backwards. 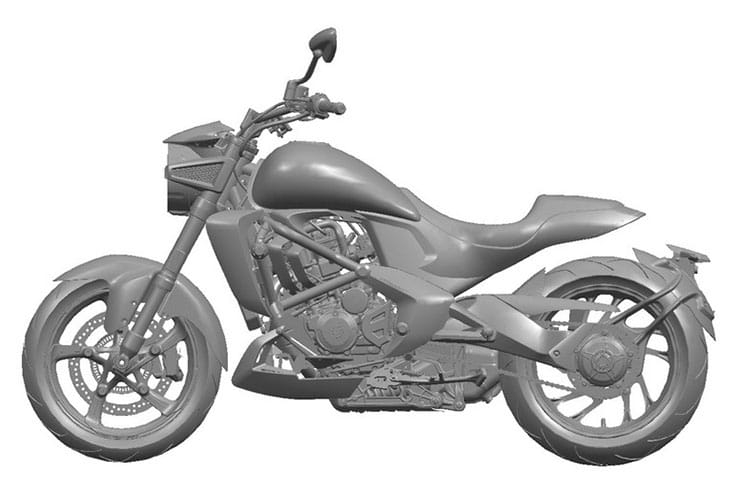 At the moment, only part of Zontes’ range is sold here in the UK, with several of the smaller 125cc bikes from the firm joined by the ZT310-T adventure bike. However, when the new 350cc range is officially revealed, along with models like the ZT350-GK and this ZT350-S, there may be more on offer that appeals to western tastes.

More significant, of course, are the firm’s plans for a range of three-cylinder bikes in 650cc and 1000cc forms, which have been confirmed to be under development but yet to be officially shown in public. Should those models live up to the firm’s hopes, they should provide the springboard to make Zontes a much more familiar name than it is today.