Benelli TNT 899 returns – made in China 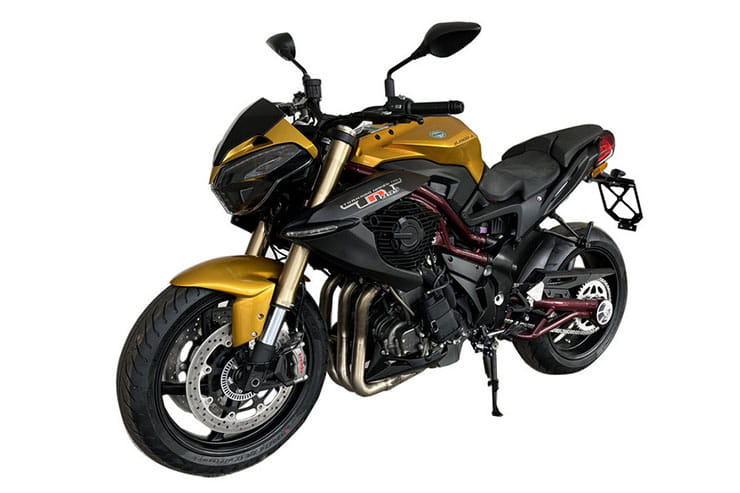 Two versions of the new TNT 899 are being made. This is the base model.

Benelli’s TNT 899 disappeared from European markets about five years ago in the face of toughening emissions limits but the bike is now set to make a comeback – albeit targeting the Chinese market.

An updated version of the 898cc TNT 899 has been revealed in China, sporting tweaks to the bodywork as well as tech updates to bring it into line with modern regulations. That means cleaner emissions than the previous generation ever achieved, as well as the introduction of ABS brakes. However, the essentials of the bike are still familiar, including the Adrian Morton-penned styling that dates back to the 2004-on TNT 1130. 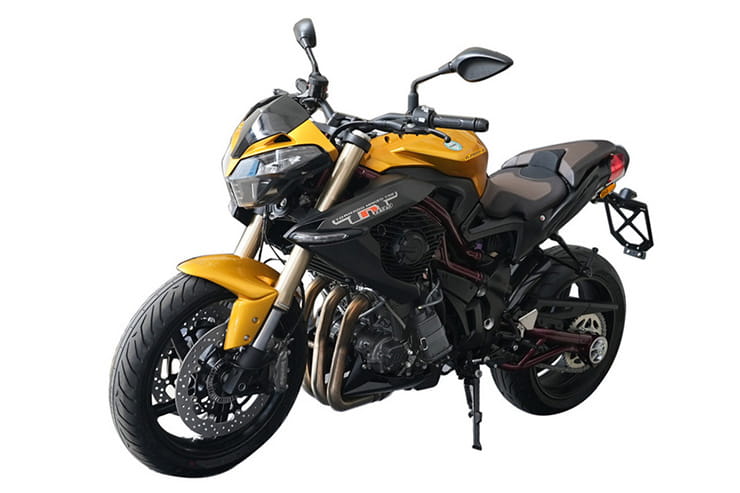 Second version of the bike (above) has higher-spec seat and brake calipers.

There are some revisions to be seen. When it comes to visuals, the new TNT 899 has a revamped LED headlight, now incorporated strips of running lights above the main reflectors. The LED theme continues in the new indicators mounted in the side panels, which are thinner than before and clear rather than orange, although they’re mounted in black inserts that fill out the original openings.

Further down, the lower sections of the side panels are new, now gaining an arc-shaped cut-out to follow the circumference of the prominent fans that draw air through the side-mounted radiators.

Like the last of the original Benelli TNT 899s, there are radial-mount Brembos, with a choice of two different styles of calipers on offer, but they’re now backed-up by a Chinese made ABS system. 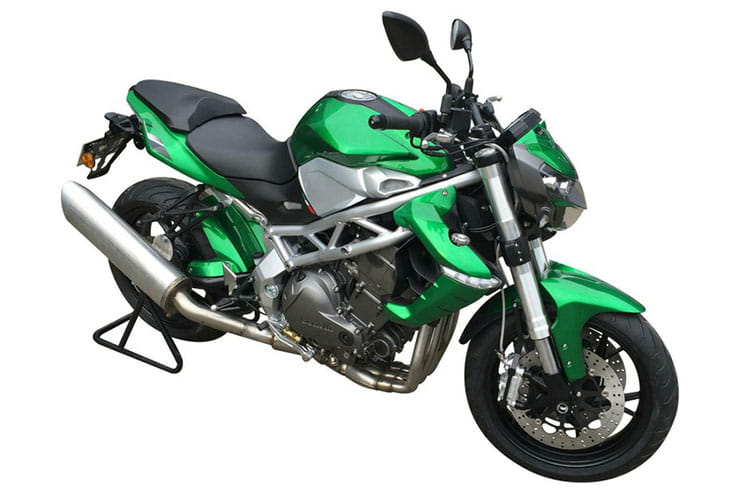 This design study from 2016 hinted at a completely new TNT899 but the final version has stuck with the original styling and chassis instead.

While the engine remains essentially the same 898cc three-cylinder as before, with an unaltered 118hp peak power, it’s made in China rather than Italy and it’s designed to meet that country’s increasingly tight emissions limits. The box that’s attached to the left-hand side of the engine appears to be a charcoal canister, helping to reduce evaporative emissions by capturing vapours from the tank. Weight, at 210kg wet, is 2kg heavier than the old TNT 899.

Whether the updates are enough to allow the bike to pass Euro emissions limits and enable its return to markets on this side of the world remains to be seen. However, its relaunch shows Benelli is on target with plans announced a year ago to make a return to the large-capacity market. Other new models in those plans included 700cc and 900cc parallel twins, 900cc and 1200cc triples (both now being offered in China) and a new 1000cc four-cylinder model, using an engine bought in from MV Agusta, that has yet to be revealed.