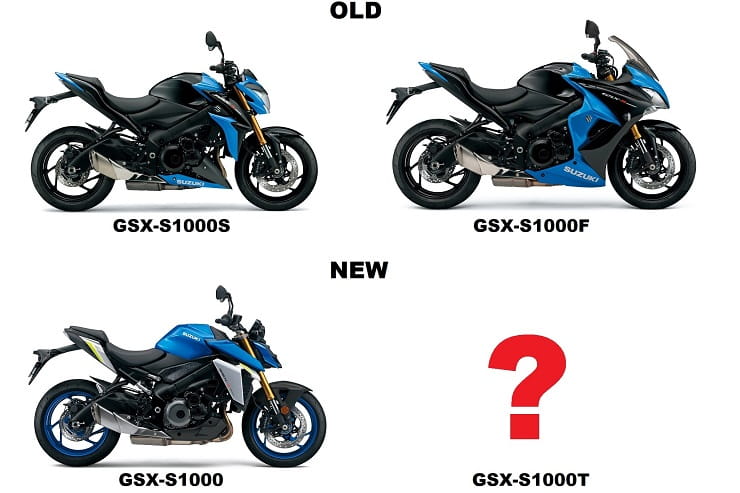 When Suzuki unveiled the revamped and restyled GSX-S1000 earlier this year there was never much doubt that the faired GSX-S1000F would be getting similar treatment. But now we’ve got evidence that Suzuki will give the GSX-S1000F’s replacement a new ‘GSX-S1000T’ designation and a more touring-oriented direction.

The adoption of a new name makes sense. The naked GSX-S1000, which gained new, angular styling and a higher-revving, harder-hitting 150hp engine, modified to meet Euro5 emissions limits for 2021, replaced the GSX-S1000S but ditched the final ‘S’ in its designation with the update. Now it seems the faired version is to replace its ‘F’ title with a ‘T’ to better reflect its touring role.

We’ve got our hands on type-approval documents for the new model, and while there’s no photo of the new bike yet, the paperwork includes information about its dimensions and performance as well as the new name.

Unsurprisingly, the new GSX-S1000T shares its mechanical parts with the 2021 GSX-S1000 naked model. The engine is the same Euro5-compliant four, based on the old 2005 GSX-R1000’s motor, with emissions-friendly updates including new camshafts, valve springs and throttle bodies as well as a cleaner exhaust. The exhaust system itself will be shared with the naked bike, indicating that at least some of the styling is shared between the GSX-S1000 and the GSX-S1000T as well as the mechanical parts. 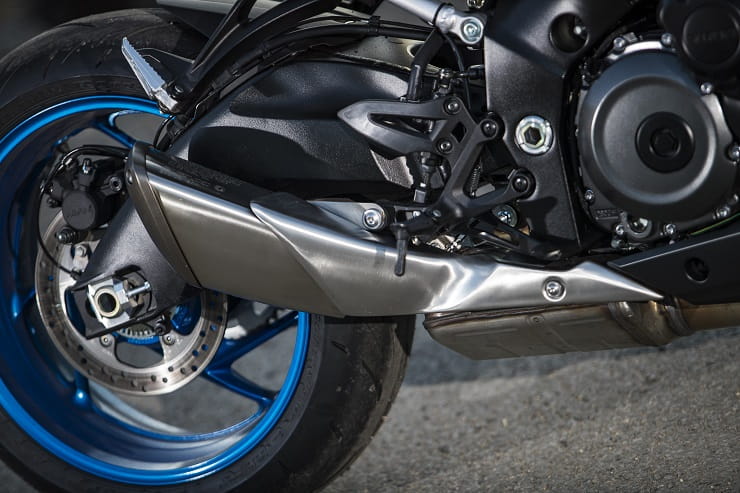 Engine, chassis and exhaust are carried over from the naked bike

What changes, though, is the bodywork. The new GSX-S1000T is far taller than the naked model, thanks to a high screen atop its new fairing. In stock form the bike is 1215mm tall, which is 135mm higher than the 2021 GSX-S1000, and there’s an optional screen that’s taller still at 1280mm. In comparison, the old GSX-S1000F sits 1180mm high at the top of its windshield.

The new model is also a smidge wider than the GSX-S1000 at 825mm from side to side, and marginally longer at 2140mm instead of 2115mm. That final figure suggests the seat unit may not be shared with the naked bike, or the ‘T’ may have luggage as standard to make it a little longer.

Now that the GSX-S1000T has been type-approved, it’s likely that its official launch isn’t far off – we’d certainly expect it to be officially revealed before the end of this year.