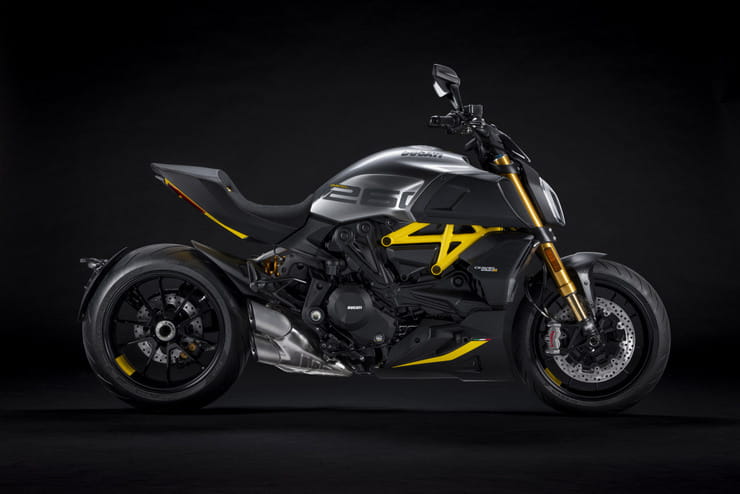 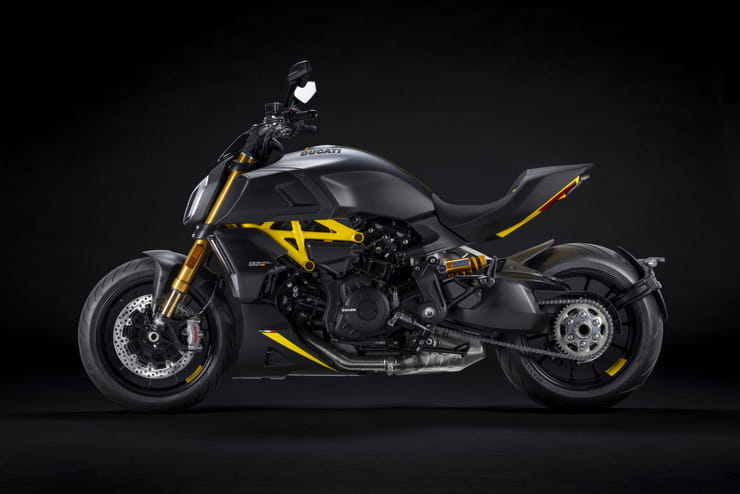 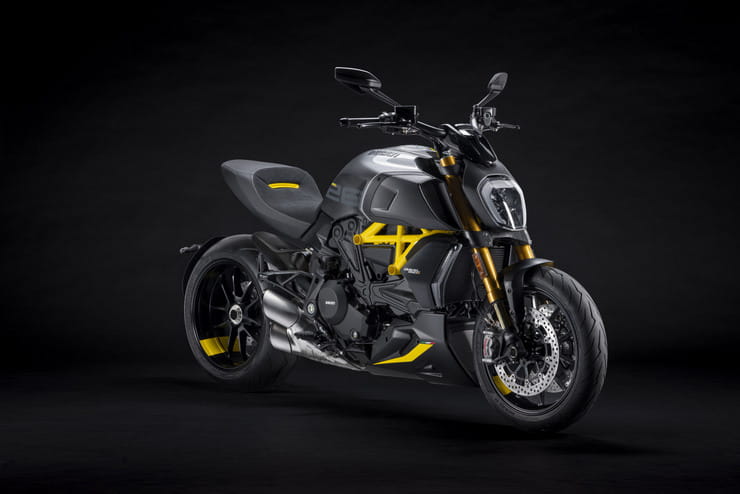 We might still be in the first half of 2021, but manufacturers are starting to reveal the first of their 2022 models – including this ‘Black and Steel’ version of Ducati’s Diavel 1260 S.

Since its launch, the Diavel has generally relied on its head-turning dimensions and styling rather than complex paintwork or graphics to get attention. Plain black or red paint jobs tend to be the order of the day. But with age comes familiarity, so Ducati’s decision to introduce this new ‘Black and Steel’ colour scheme for the mechanically unchanged 2022 Diavel brings a fresh reason to double-take as one passes. 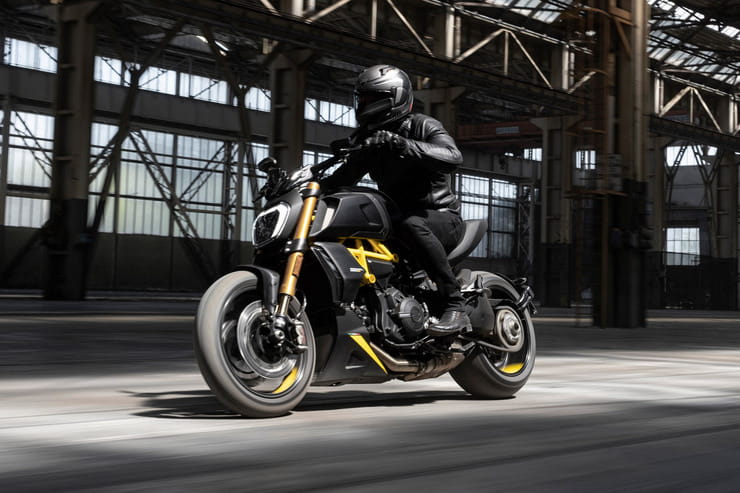 Available only on the higher-spec ‘S’ version of the Diavel, the Black and Steel takes its inspiration from the Materico concept that was shown two years ago, although it adds more colour to the mix with its yellow-painted front frame section and graphics on the grey-and-black bodywork. While the small flash on the bellypan and the off-centre stripe on the tank aren’t terribly innovative or attention-grabbing, the decision to make the entire underside of the seat bright yellow puts an unexpected focus on a section of the bike that’s usually hidden in shadow.

Less immediately obvious, but similarly unconventional, is the decision to slap oversized ‘Diavel 1260’ branding on the right-hand side of the bike while leaving the left side of the tank bare. It’s no more lopsided than the Diavel’s single-sided swingarm or having an exhaust on only one side, but at first glance it looks like someone’s forgotten to apply a sticker. 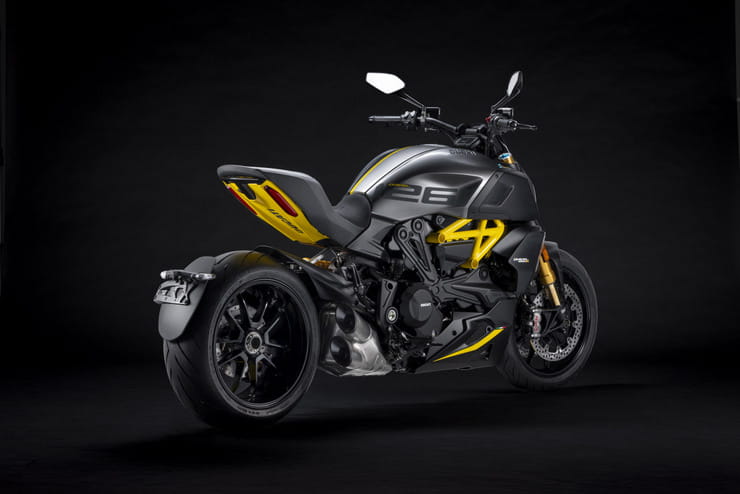 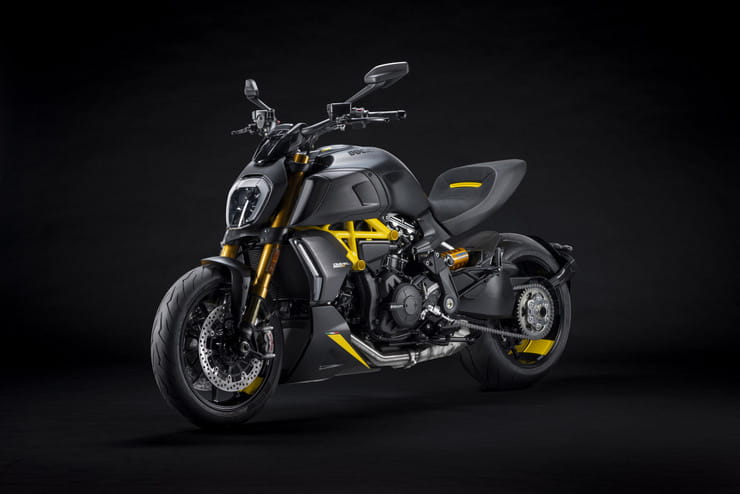 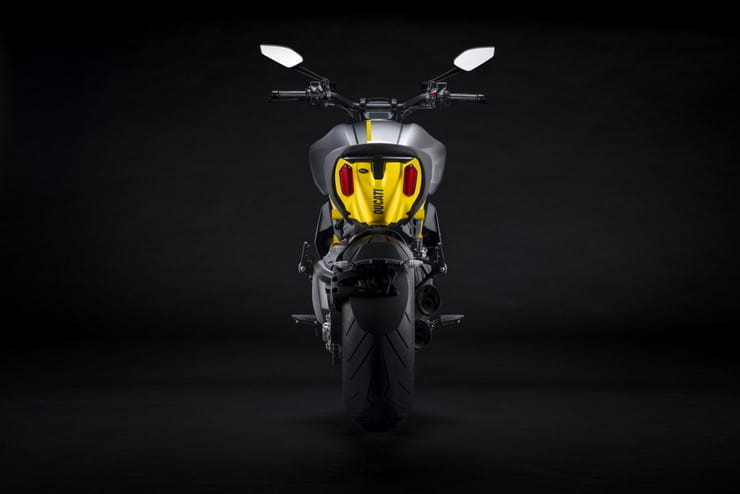 Spec-wise, the Black and Steel version of the Diavel S is identical to the normal black or red versions, with 162hp from a 1262cc variable-valve-timed V-twin, Brembo brakes, Öhlins suspension, an up/down quickshifter and a full suite of electronics to play with. It’s due in dealers in July and should cost around the same as the other colour options (currently £20,405 for the 2021 model). 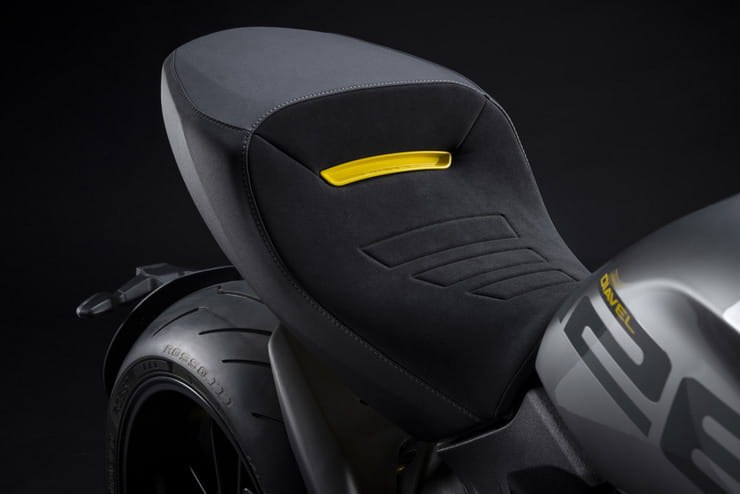 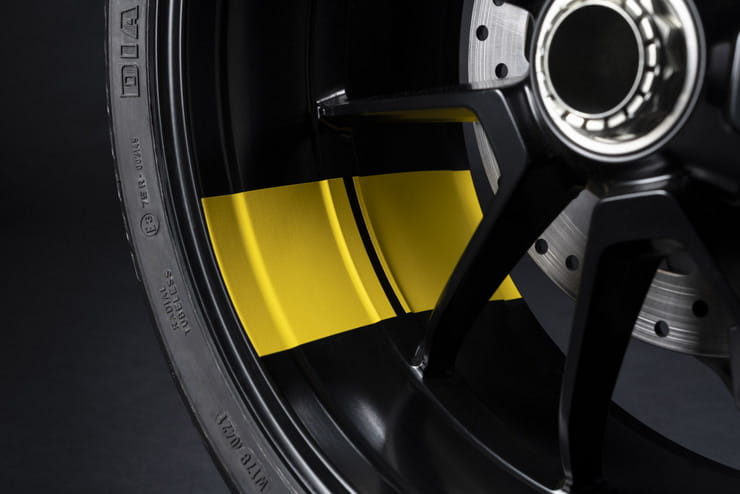 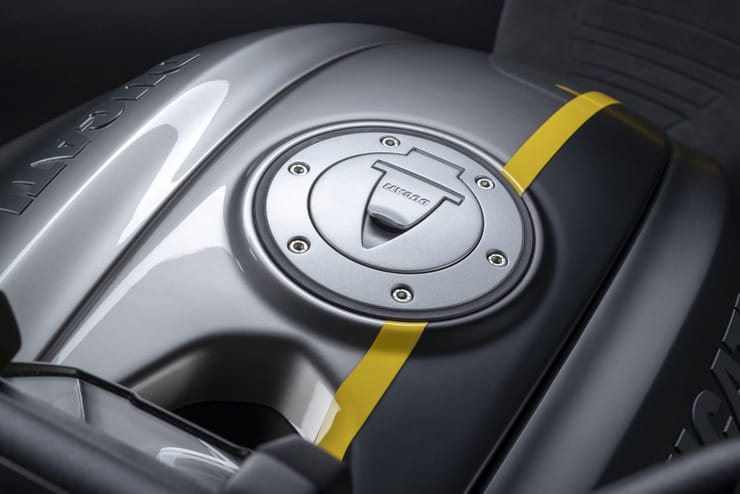 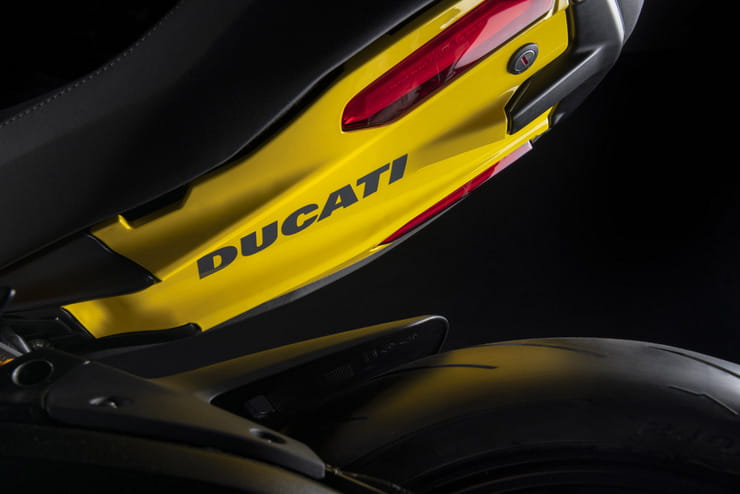