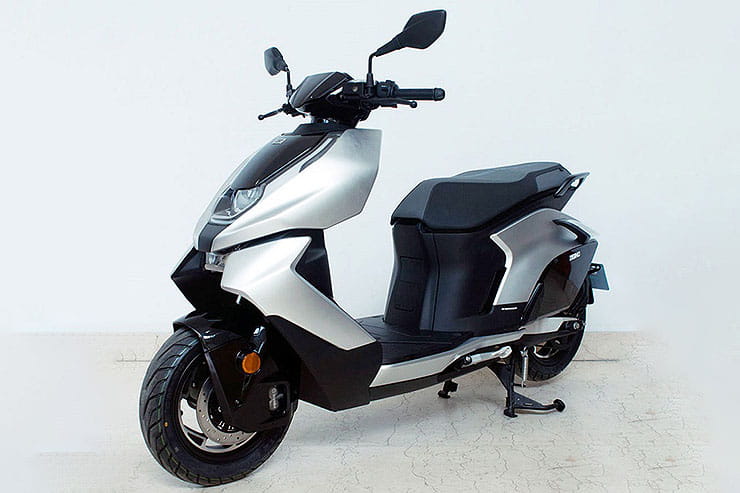 Last year CFMoto unveiled plans for an all-electric sub-brand – Zeeho – and showed its ‘Cyber’ concept scooter as the first planned model. Now images of the mass-production version have emerged.

At its December unveiling in Beijing, the Cyber concept was said to pack a 13.4bhp (10kW) motor, hit a 68mph top speed and manage 0-31mph in 2.9 seconds courtesy of an impressive-sounding 157lbft of torque. It also claimed an 80-mile range and the ability to recharge to 80% capacity in half an hour on a fast-charger.

Now, patent images of the production version have emerged, along with a sole photograph of the bike and type-approval details that reveal the showroom version’s initial specs. 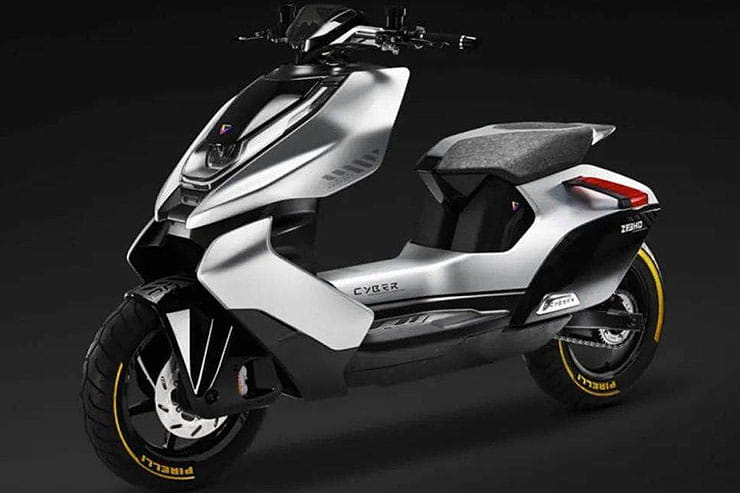 The images show that the production bike maintains the concept’s general look, but gains a longer seat with space for a pillion, along with passenger grab handles, instead of the concept’s single-seat design. They also show that the hump that split the concept bike’s foot plate has been eliminated and replaced with a completely flat floor. The result is a slightly more generic style, but a significant increase in practicality.

The high-end components of the concept, including Brembo brakes, are carried over to the production bike, though, along with the unusually faired-in front wheel. Unlike many lower-performance electric scooters, the motor is mounted in the chassis with a belt drive to the rear wheel – replacing the chain drive seen on the concept bike. 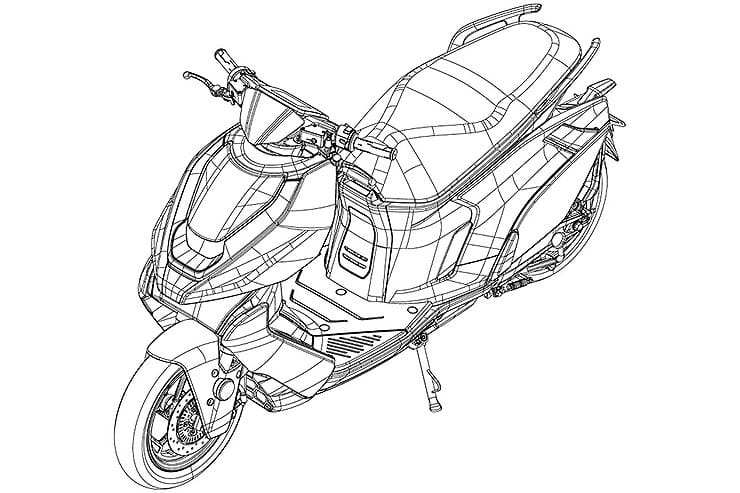 In performance terms, the production bike is close to the concept’s claims. Officially, the motor is rated at 5kW (6.7hp), but that’s a ‘continuous’ rating, and for short periods it will be able to make more than that – no doubt resulting in the original 10kW claim for the concept version. The production bike’s homologated top speed is 64mph, 4mph lower than the original claims, and it weighs 133kg.

At the moment, CFMoto’s plans for the Zeeho brand outside China haven’t been announced but the firm is making a clear shift towards electric bikes. The Cyber scooter is set to be sold alongside a 300cc-class electric motorcycle with an 18kW (24hp) motor and 75mph top speed. 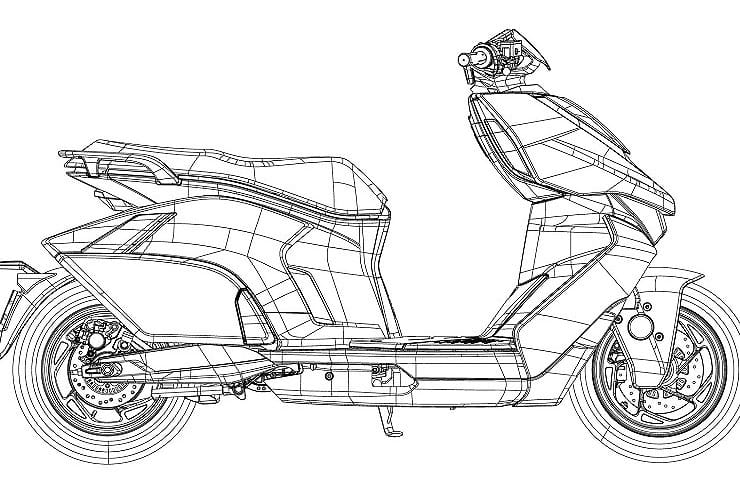