Watch the action then ride the circuit! 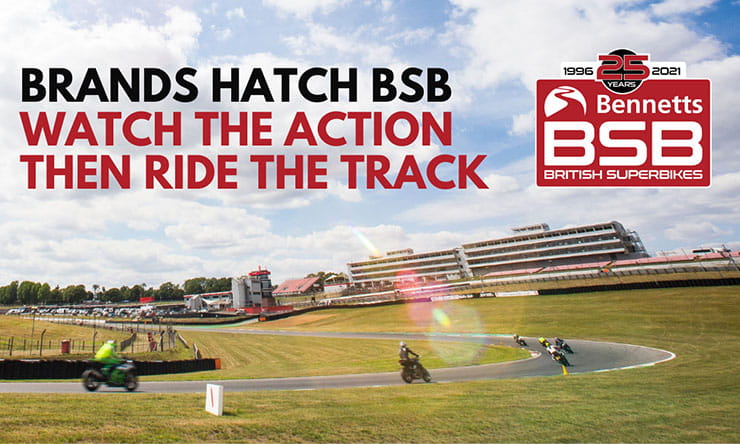 The 2021 Bennetts British Superbike championship rolls into Brands Hatch this weekend (23 -25 July) and you can join us for a fun-filled Friday at the Bennetts BikeSocial events unit -  with interviews, special guests, a simulator and even a chance to ride your bike on the Brands Hatch Grand Prix circuit right after the BSB bunch are done with it.

So long as you’ve got a ticket for Friday (£14) or a full weekend ticket you can join us on track for two parade laps of the hallowed Kent circuit behind the safety car. Ride whatever you brought along in whatever gear you’re wearing but the opportunity is exclusive for BikeSocial Members and limited numbers – so act quickly. You’ll also need to complete an online registration form to attain the relevant wristband but sign in to your BikeSocial/Bennetts account here first. We’ll even have our photographer there capturing the action and you will also receive an exclusive Bennetts BSB sticker.

The full BikeSocial team will be on site too on ‘Fabulous Friday’, 23rd July complete with our 2021 long-term loan fleet:

Situated just outside the final corner, Clark Curve, the Bennetts trailer/stand will house the Moto Trainer simulator offering guaranteed elbow down entertainment and a chance of breaking the Brands Hatch GP lap record too. We’ll be interviewing the three Superbike riders who top the combined leader board once their two free practice sessions, taking place at 13:00 and 16:30, are over. BikeSocial Members will also be welcome to a free hot drink.

BikeSocial Membership is free to those who bought their insurance directly through the Bennetts website or over the phone. For non-insurance customers or those who are with Bennetts but purchased via a price comparison site then the annual membership is £60. Members gets access to all these discounts, offers, competitions and one-off opportunities to ride or contribute to BikeSocial.

So there’s plenty of summer fun to be had for just the £14 entry fee to get into the venue. Tickets are available here.

Spaces are limited, so please sign up as soon as you can and be the envy of your mates. See you at the start line. 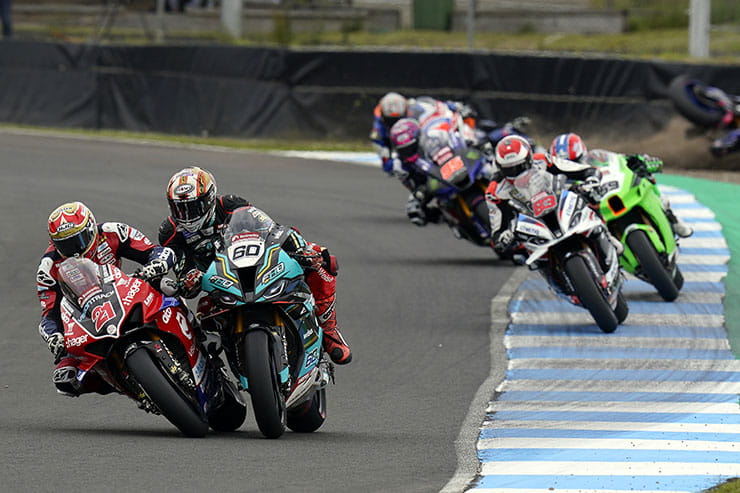 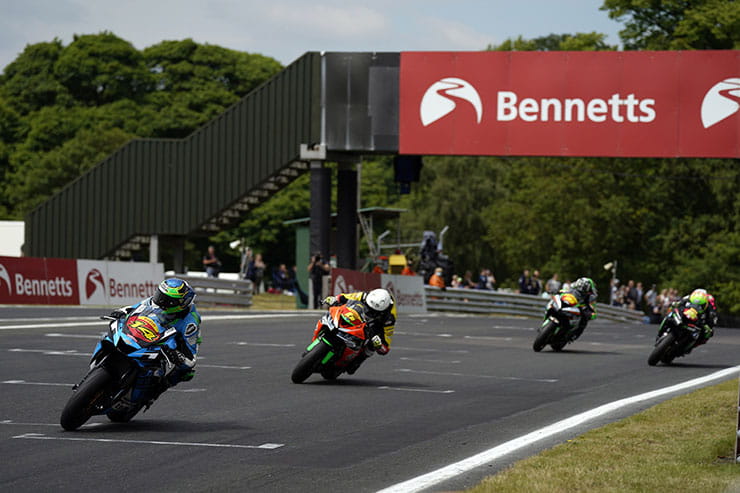 We’ve been treated to six cracking races so far this season with triple headers at Oulton Park and Knockhill offering epic battles, unbelievable overtakes and close finishes, leading to a championship lead for VisionTrack Ducati’s Christian Iddon with one win and five top 4 finishes so far. A hat trick of wins at Oulton for McAMS Yamaha’s Jason O’Halloran leaves him just 6 points back in second place while the fresh M 1000 RR ridden by Synetic BMW Motorrad’s Danny Buchan is in third after his double tops at Knockhill last time out.

Twenty riders have so far scored championship points with nine others itching to get on the scoreboard. Thankfully we still have nine rounds and 27 races still to come over the next three months, so buckle up and hold on for plenty more thrills, spills and chills. The Honda of Glenn Irwin has yet to show its 2020 form, and the same could be said for Iddon’s teammate and reigning champion, Josh Brookes, on his Ducati. Then there’s Peter Hickman on the FHO Racing BMW who’s shown strong promise but not quite had the luck, and his teammate Xavi Forés who is nursing a pre-season testing injury and is yet to start a race. And a shout-out to rookie sensation, Rory Skinner, after his Supersport domination last year, the 19-year-old sits in fifth place in the championship having scored in every race so far, including two second places at Knockhill.