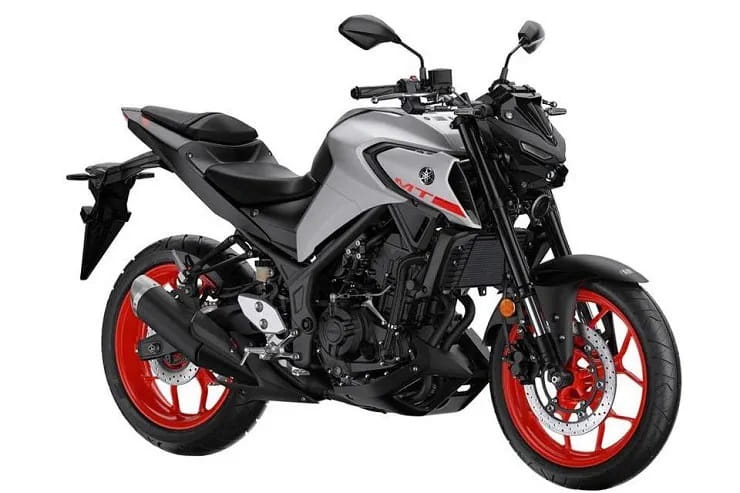 More than a year ago the DVSA announced plans to consult on the idea of changing the rules around the A2 test. Now that consultation is complete and the rules will be updated to allow smaller-capacity bikes to be used during the test itself.

Passing the A2 test allows riders to use bikes up to 35kW (47hp), as long they don’t have a power-to-weight ratio of more than 0.2kW per kg. Those bikes can be restricted versions of larger, more powerful models providing the base machine doesn’t make more than 70kW (94hp), a situation that has already led to the creation of several A2-specfic models – bikes that are detuned to 70kW as standard simply to allow owners to further restrict them to the 35kW A2 limit.

Since the A2 test is intended to prove you can handle a bike larger than 125cc and more powerful than the 11kW that learners are restricted to, it has to be taken on a bigger machine. At the moment, the rules state that A2 test bikes must be over 395cc (to allow ‘400cc’ bikes that are usually just under that capacity), with no less than 20kW (27hp) and no more than 35kW (47hp).

In the EU, where those rules originated, there’s been a change to reduce that minimum capacity to 250cc, and the UK rules are now set to follow suit after a consultation by the DVSA showed respondents to be overwhelmingly in favour of a capacity reduction. During the consultation, from 1177 respondents 67.2% (791) agreed with the rule change and only 11.6% (137) disagreed. The remaining 21.2% (249) had no opinion on the matter.

Sensibly, the UK rules will allow bikes over 245cc rather than 250cc, making allowances for ‘250’ models that are actually just under that capacity, but the 20kW minimum power level will be kept, ensuring there’s still a noticeable step up from a 125cc bike.

One respondent wrote: “The current limitations are outdated and do not properly reflect the motorcycles available on the market”, while another said: “This would benefit both the motor trade and allow younger riders to have a more relaxed progress up the power and size range.”

One trainer said: “Reducing the MTV requirements to a 250cc would benefit the smaller person in that they would safely be able to put a foot on the ground when they are stationary.”

“Experience has shown me that due to the size of the current machines being used for A2 tests some trainees’ are doing 2 or 3 CBT renewals because they don’t feel confident enough to ride a bigger machine or they cannot find one small enough.”

Comments disagreeing with the change included: “Minimum test requirement of A2 should be closer to maximum power output of vehicle the rider could eventually ride when purchasing a bike. An A2 rider could for instance ride a 660 Triumph Trident as a first bike, a million miles away from a 250cc Honda CRF or similar,” while one organisation said: “It is pointless, the larger bikes are equally as light and manageable as the smaller category, we have never had a student put off by the CC or size of the A2/DAS bikes and have taught hundreds of women/smaller riders. As the bikes can be lowered/restricted very easily it would not be cost effective to add more bike to a fleet due to an even lower CC. There is nothing to be gained other than UK bike sales.”

The consultation also found that most respondents (53.9%) believe the rule change will have no significant impact on road safety while 34% think it will lead to improved safety.

Some trainers believe the rule change will adversely impact their businesses – forcing them to buy new 250-class bikes and reducing repeat CBT tests from L-plate riders. Some also pointed out that many learners with experience on 125s will simply buy their own 250s and take the test without recourse to more training. However, the same arguments suggest that learners will find the new rules will make it cheaper and simpler to progress from an L-plate to an A2 licence.

While the government hasn’t put a precise date on when the change will come into force, it expects the regulations to be amended in the new year.