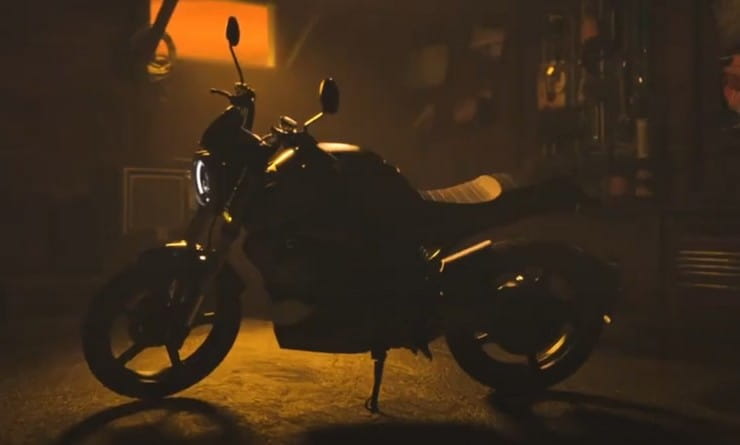 A few weeks ago BikeSocial was the first place in the world to reveal images of SuperSoco’s new 2021 models thanks to leaked design documents and now the firm has started teaser campaigns for both machines.

The teasers for the first of the bikes, the TS Street Hunter, started at around the time of our original story. It revealed that despite being designed like the original TS and TC models, which feature an in-wheel electric motor and are registered under moped laws in the UK, complete with a 28mph top speed, the Street Hunter was good for at least 46mph.

Now the second model based on the same chassis and electric powertrain, called the TC Wanderer, is being teased. 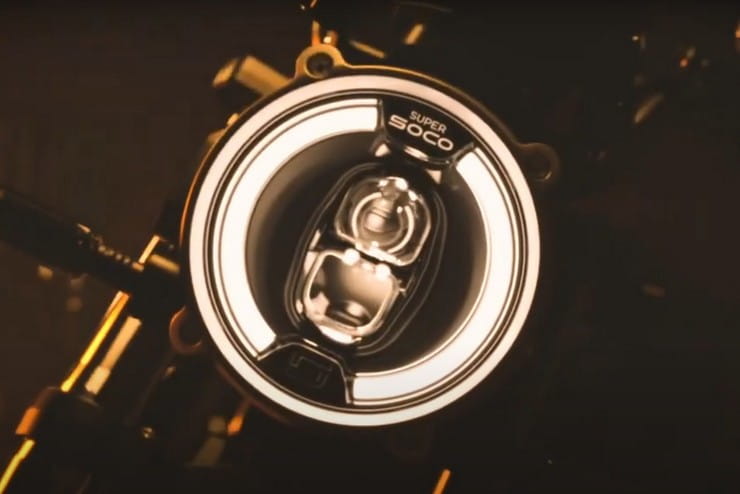 Like the existing TC moped and TC-Max – a full-on electric motorcycle with a frame-mounted motor and belt-driven rear wheel – the TC Wanderer combines its up-to-the-minute electric drive technology with retro-inspired styling.

A flat seat, circular headlight and small flyscreen give a style that sits somewhere between flat tracker and café racer, although the completely enclosed frame housing the batteries and electronic control units means it’s instantly clear that it’s an electric bike.

Like the TC, TS and the upcoming TS Street Hunter, the TC Wanderer mounts its electric motor in the rear wheel’s hub to free up more space for batteries in the main section of the bike. It’s a design that’s normally restricted to relatively low-performance electric bikes, as the hub-mounted motor inevitably adds undesirable unsprung weight.

However, like the TS Street Hunter, the TC Wanderer clearly has a lot more performance than the original, 28mph TC. A glimpse of the speedometer in the teaser video reveals it’s a traditional round dial rather than the Street Hunter’s all-digital gauge, but the dial runs all the way to 90km/h and 55mph. 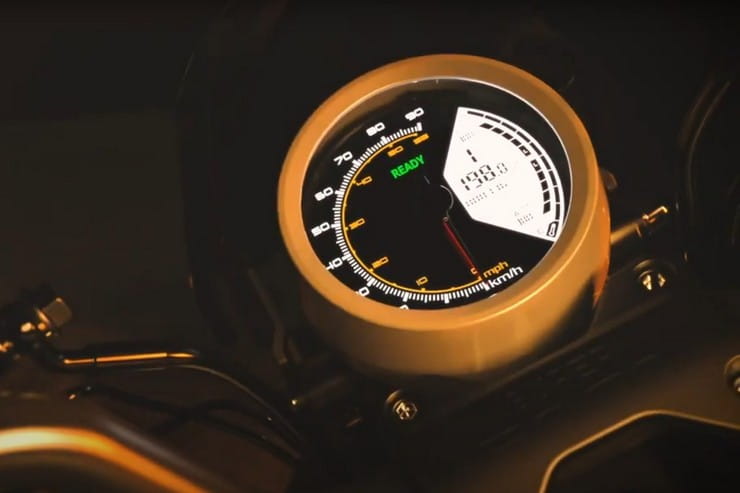 A small digital subsection of the speedo shows the numbers ‘1’ and ‘198’, along with what appears to be a temperature gauge and two battery level readouts. The TS Street Hunter’s dash also shows two battery displays, surely confirming that both new models have twin battery packs – something that’s already an option on the base TS and TC models. The number ‘1’ appears to indicate a riding mode choice (the Street Hunter’s teaser shows the dash with the number ‘3’ next to the word ‘sport’) while the ‘198’ is likely to be the bike’s predicted range in kilometres. That’s 123 miles – impressive if it can be achieved, since the current TC can only manage 78 miles in dual-battery form (44 miles with one battery), while the bigger TC Max needs charging after 60 miles.

All will be revealed later this month, when the firm is planning to officially unveil its 2021 range in full.