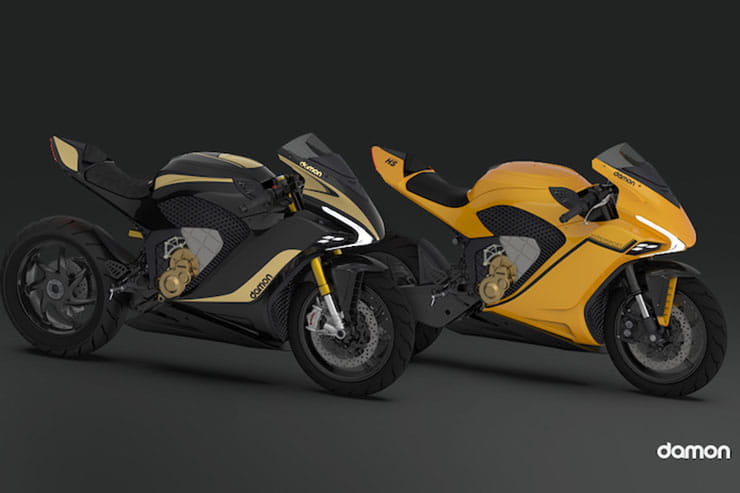 Damon Motorcycles, the fledgling Canadian-based all-electric motorcycle manufacturer, has confirmed it will export its clever, high-performance Damon HyperSport sportsbike to European markets, including the UK.

There is growing hype around the start-up and its maiden HyperSport model, which was first unveiled at the Consumer Electronics Show (CES) in Las Vegas in January 2020.

While electric motorcycles have struggled to get off the ground in terms of consumer interest and reputation, the Damon HyperSport has gone a long way to eschewing many consumers’ preconceived misgivings with its boastful figures in terms of performance, range, design, safety tech and price.

It has led to some giving it a ’Tesla of Motorcycles’ title, though the HyperSport - in December 2021 - is yet to have been tested by the commercial press.

Nevertheless, Damon Motorcycles has had the registration book open for some time now, drumming up a mammoth $46m in orders, which together with an impressive investment portfolio of $30m, has led to it teasing a second model in the HyperFighter - a naked version of the HyperSport - and confirmation it will begin sales in Europe too.

“Europe is a massive market opportunity for Damon, and we aim to be at the forefront of e-mobility, technology and safety in this territory,” said Jay Giraud, co-founder & CEO, Damon Motors.

“We expect to see greater demand in Europe for Damon motorcycles ordered vs. North American orders. With the European market rapidly transitioning to electric vehicles, we are certain that this great continent will be a dominant market for Damon and the move towards safer and cleaner two-wheelers.” 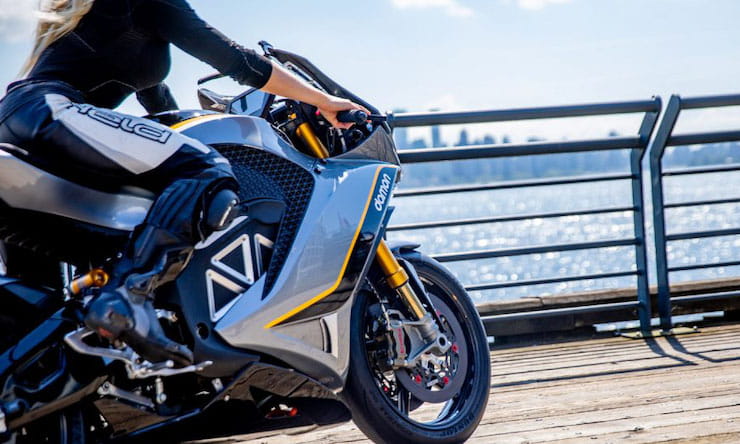 Who is Damon Motorcycles?

Interestingly, Damon Motorcycles was originally founded around the idea of developing technology to improve motorcycle safety having patented what it calls ‘Co-Pilot’ 360-degree Advanced Warning System, a more encompassing take on the innovation pioneered by that used on the Ducati Multistrada V4 and recently revealed Kawasaki H2 SX SE.

However, difficulties in applying within the framework of current motorcycles led to the firm opting to develop its own motorcycle instead, with the HyperSport being the result.

While the Damon HyperSport remains something of a ‘mythical creature’ of sorts in that the company has released eye-catching price tags, impressive performance figures and touted excellent range, to date it hasn’t been seen in anything more than the showpiece flesh.

That is expected to change soon though, when the media finally gets its hands on the flagship Damon HyperSport Premier, which is on sale for $40,000 boasting a 200mph top speed and a 0-62mph time of just 3.0secs. This is achieved from a 200bhp 20kW battery that it says can complete 200 miles and only takes 45mins to DC Fast Charge to 80%.

Each model is equipped with Co-Pilot, which it describes as an ‘onboard neural net that continuously scans for potential danger and alerts through haptic feedback’. It also acts like Google and Siri in that it learns more and adapts with every ride to ensure your safety needs are met.

More rudimentary, but no less welcome, is also the ‘Shift’ feature that allows riders to adjust the screen, handlebars and foot pegs from a more crouched Sport Riding position on the highway and a more naked-style upright Commute position in the cities.