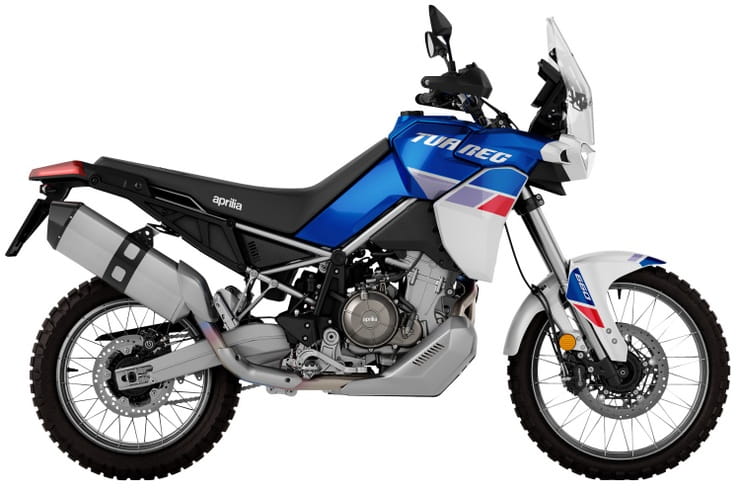 Way back in November 2019 – before we’d even heard of COVID-19 – Aprilia hid the still-secret Tuareg 660 adventure bike in plain sight on its EICMA show stand. The machine was covered in fake foliage and stuck in a glass box as the backdrop to the Tuono 660 that was being officially unveiled.

Now it’s been dropped onto Aprilia’s official website, with a handful of official pictures and the first technical details being revealed in preparation for a full reveal later this year. 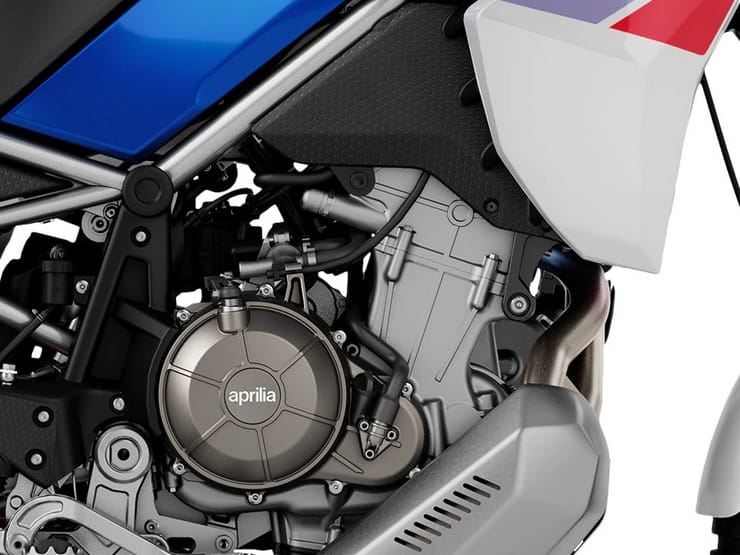 The specs show that the bike will be going head-to-head with Yamaha’s Ténéré 700. The Aprilia’s 659cc twin, derived from the RS660’s unit, is fractionally smaller than the Yamaha’s MT-07-based 689cc twin, but makes more power with a claimed 80hp where the Japanese bike peaks at 72hp. That figure shows the bike is significantly detuned from the 98hp RS660, but the Tuareg’s torque, at 52lbft, is fractionally higher than the 49lbft that the RS660 achieves. It also beats the Ténéré, albeit by just 2lbft. 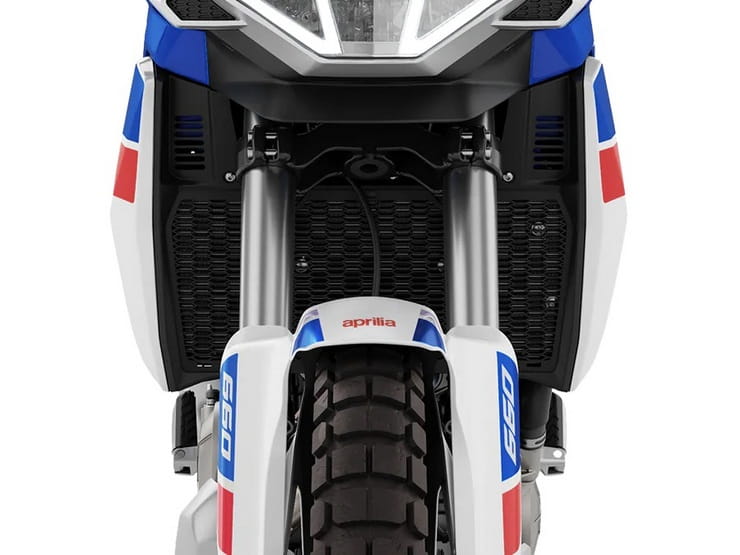 The engine is bolted to a tubular steel frame with cast alloy sections for the swingarm pivot and the front engine mount brackets, equipped with 43mm USD forks and a rising rate monoshock – both probably from Kayaba, the company that already makes the RS660’s suspension.

Brembo provides the brakes, which have switchable ABS that allow either the rear or both wheels’ anti-lock to be turned off.

Aprilia claims a dry weight of 187kg, but that’s without fluids so can’t be directly compared to the more realistic kerb weights on rivals’ spec sheets. The Ténéré 700, for instance, weighs 204kg complete with a full 16-litre tank of fuel, so once the Tuareg’s tank – slightly larger at 18 litres – is filled, along with its cooling and oil systems, it’s probably going to be a fraction heftier than the Yamaha. 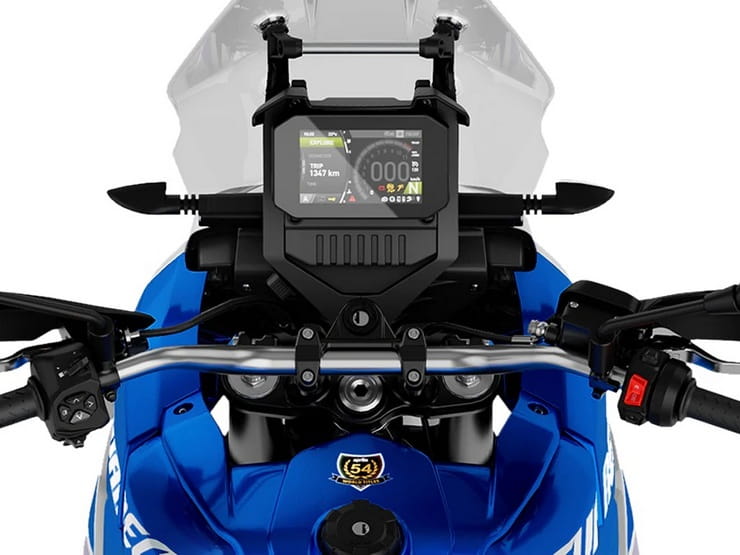 In other key specs, the Tuareg is also close to the Ténéré. The wheelbase, a fraction over 1500mm, is slightly longer than the 1455mm Yamaha, while the 860mm seat height is 15mm lower. At 240mm, the ground clearance is identical on both bikes, so they’re likely to be closely matched off-road.

In terms of electronics, the Aprilia gets the usual array of riding modes – four of them, two programmable and one a dedicated off-road setting – along with traction control, engine brake control and cruise control. A 5in TFT dash provides access to the systems.

Full details of the bike, along with real photographs to accompany the computer-generated renders revealed so far, will be revealed later this year, with sales expected to start in early 2022. 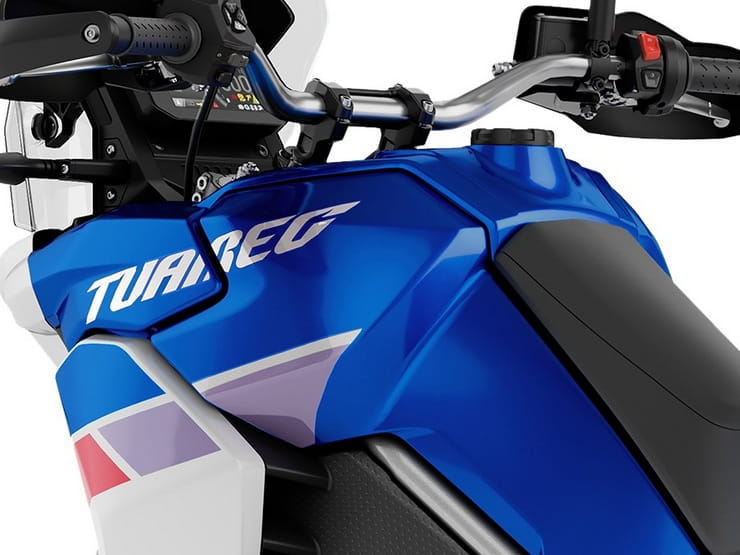