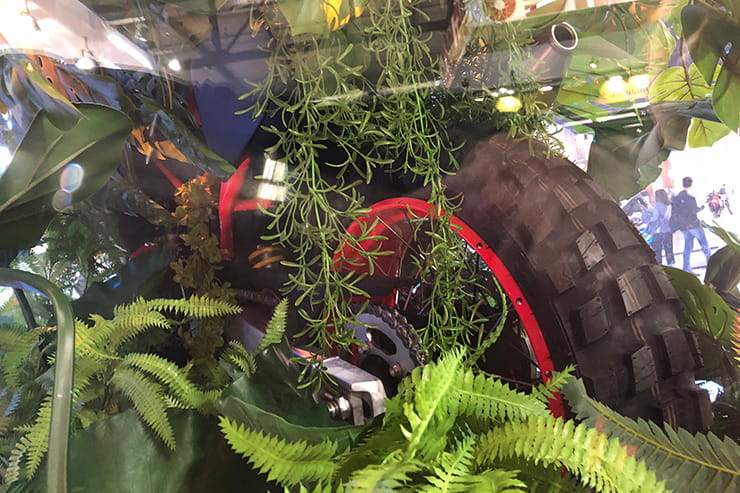 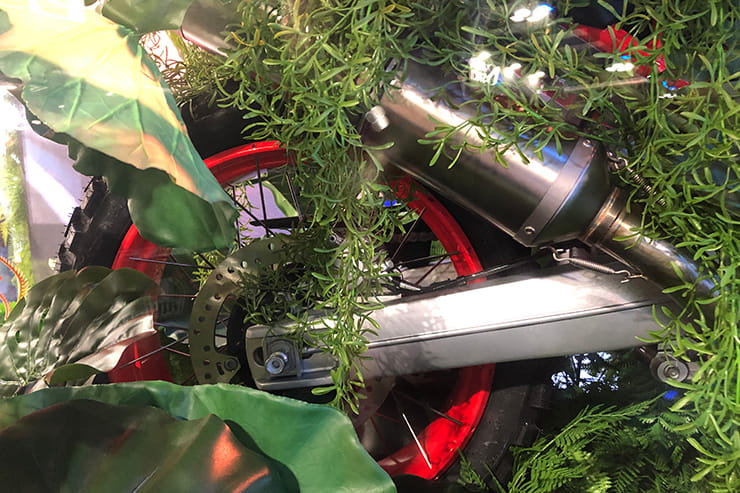 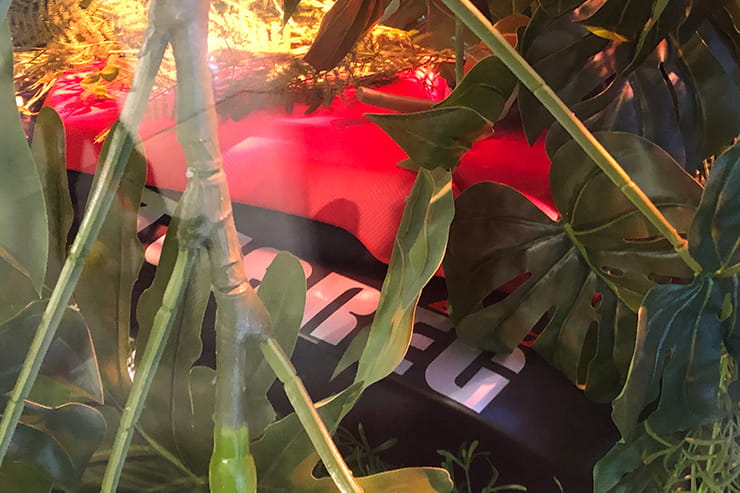 On Aprilia’s rather gargantuan promotional stand at this week’s EICMA, Milan motorcycle show there stood a Perspex box which at a passing glance looked just part of the display with a heap of fake foliage acting as a back drop to the concept Tuono 660, the naked version of the almost-production ready RS660, unveiled on Tuesday.

But study the box a little closer and there was something nestled in those bushes – yet another concept. Evidence suggests the bike is was too early in its production cycle to be shown completely as a concept bike. What we do know is the word ‘TUAREG’ – a name for the nomadic people from North Africa – is emblazoned in capital letters white on a grey and red fuel tank.

The original off-road capable Aprilia Tuareg range lasted around ten years between 1984 – 1994 including 50cc two strokes to 600cc four strokes yet this time, both the timing of this hush-hush release and size of the bike in the bushes would suggest the 660cc twin-cylinder engine from the new RS660 would be an ideal fit for what could be an electronic-laden adventure-tourer to compete with the likes of the KTM 790 Adventure. And given the 90bhp or thereabouts that should be on offer then true off-road capability across punishing conditions might well be on the cards for the Aprilia Tuareg 660, a model that we’ll surely see in the Italian marque’s 2021 line-up. 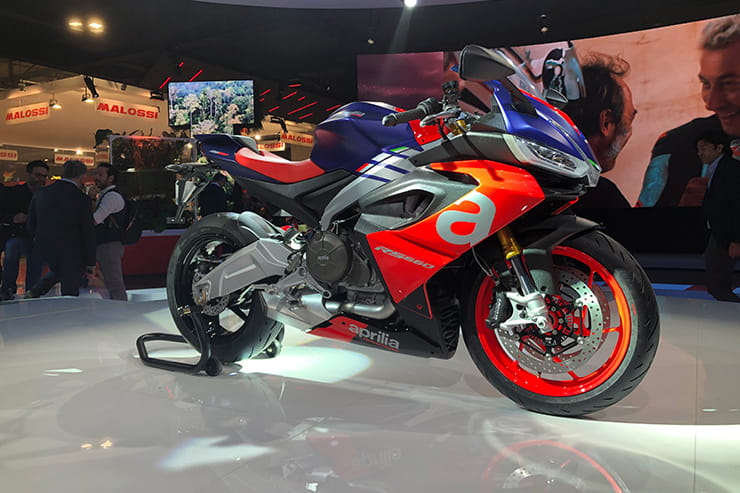 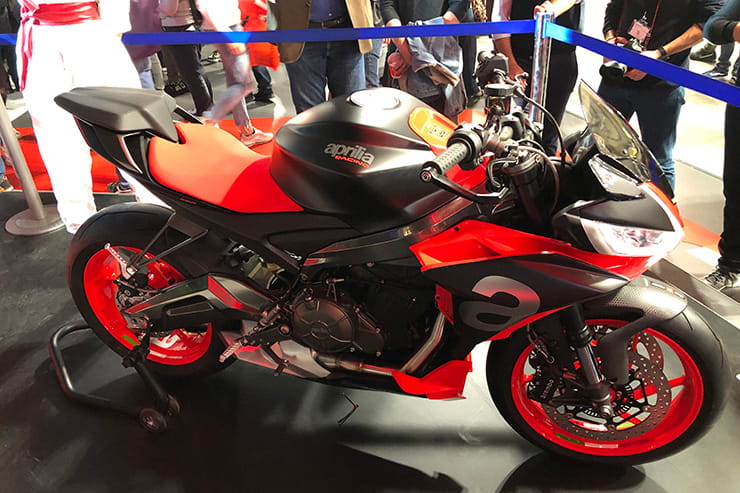 Above: the recently released RS660 and Tuono 660 concept

Details are obviously sparse and with no official confirmation and therefore information we are speculating although based on what we’ve seen in a David Bellamy-style peep through the undergrowth there’s a chain drive, twin front discs, 21” knobbly front tyre, spoked wheels, a tubular steel trellis frame, single-sided high exhaust silencer and a swinging arm that matches neither RS660, Tuono 660 or even Shiver 900 but instead is reminiscent of the Tuono 125.