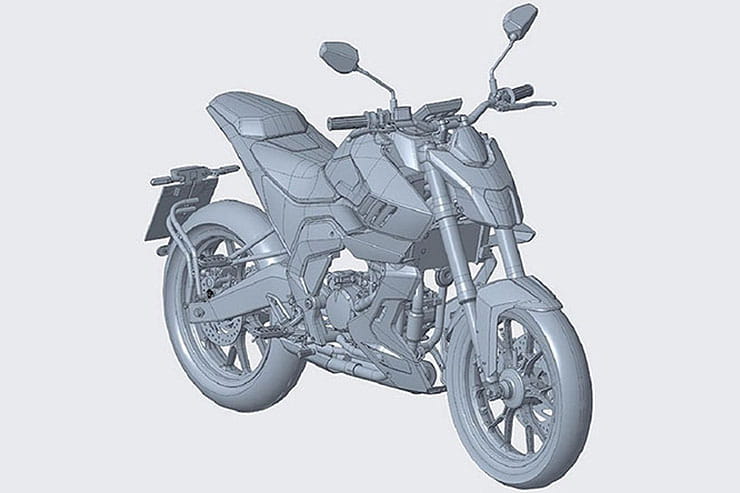 Is this the next bike to wear the FB Mondial badge following on from the firm’s existing HPS 125 and 300 singles? The evidence certainly points in that direction.

These patent images have emerged in China, where Mondial’s current HPS and Pagani 1948 models are manufactured at the Piaggo/Zongshen joint-venture factory in Foshan. While lacking the ‘Mondial’ badge, the published patent document lists the designs’ owners as Pelpi International – the Italian firm behind Mondial’s current iteration – and the designer as Cesare Galli, the ex-Fantic technical director who’s now Pelpi International’s CEO and who revived FB Mondial alongside Count Pierluigi Boselli, the descendant of the Boselli brothers who founded the original Mondial brand back in 1929. 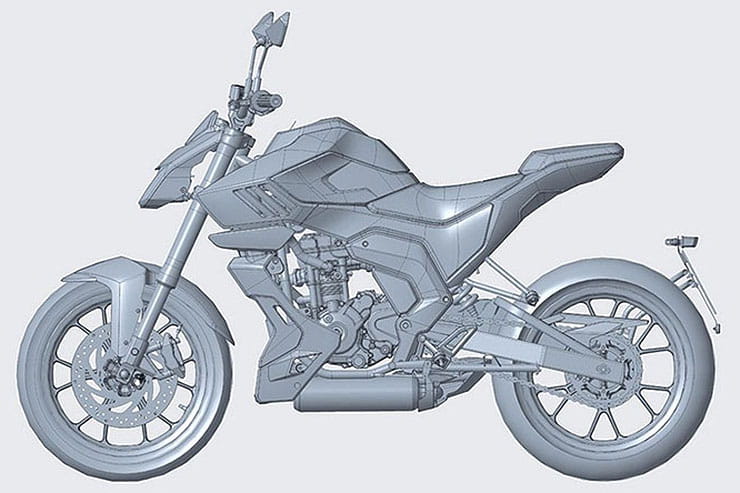 The technical makeup of the design seen in the patent also matches Mondial’s modus operandi, borrowing a lot from Aprilia including the engine and suspension.

The single-cylinder motor appears to be the same Aprilia unit that’s in the existing Mondial HPS 125 and Pagani 1948 125, as well as machines like the Aprilia RS125 and Tuono 125. Behind it sits the swingarm from the RS125 and Tuono 125, making this a monoshock machine as opposed to the retro, dual-shock design of the HPS 125. The forks, wheels and brakes also appear to be straight from the Aprilia models.

The frame isn’t, though. Despite appearing to have an aluminium section around the swingarm pivot, that might actually be a plastic cover. Steel tubes can be seen at the steering head and forming a cradle underneath the engine – suggesting a chassis construction more like the HPS 125’s than the Aprilia RS125’s. 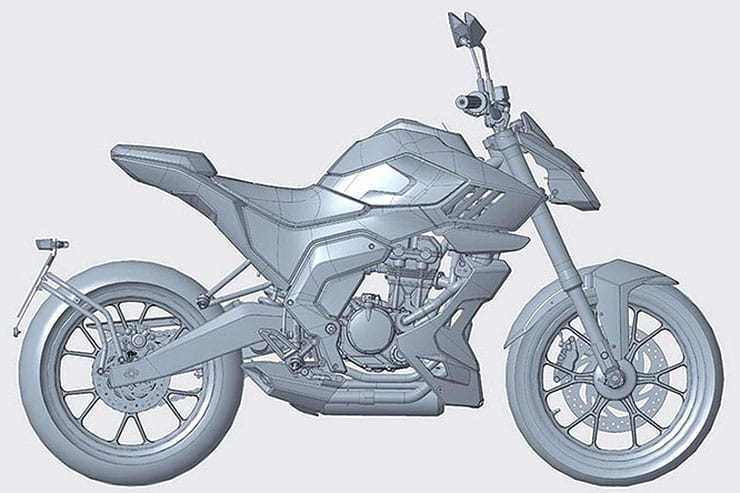 The mechanical parts might be largely borrowed from elsewhere – a sensible move for a small brand like Mondial, and one that’s well in line with the company’s history, as it guarantees a mix of performance, reliability and price that would be impossible to match with home-grown components – but the styling is distinctly different from the firm’s current, retro-inspired output.

If this machine is to wear the Mondial badge, it will be the first forward-looking design since the current incarnation of the brand emerged in 2014. The bike has an appealing, forward-biased stance that centralises the visual weight around the engine, with a short tail and compact headlight unit, while the belly-mounted exhaust helps keep all the main mechanical bits well inside the wheelbase.

A pair of winglets, mounted just below the gilled panels extending forward from either side of the tank, are going to be more aesthetic than affective on a bike with less than 15hp, but they certainly help give a visual link to the latest generation of super-naked bikes like Ducati’s Streetfighter V4 and MV’s Brutale 1000. 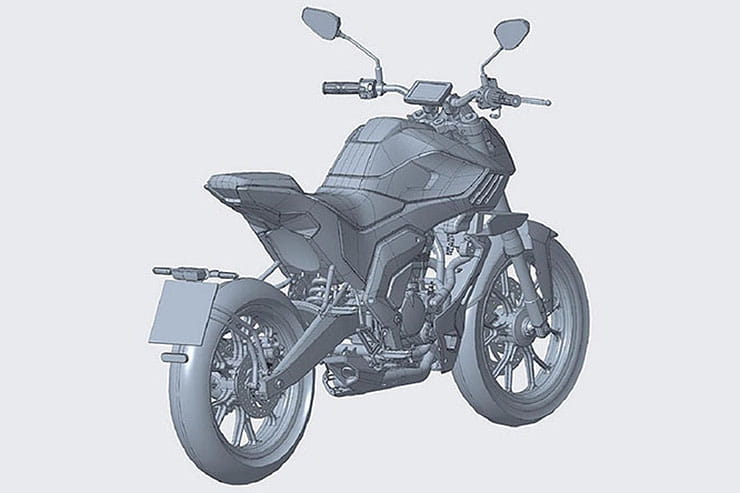 Although the patent only shows CAD drawings, it’s already clear that this isn’t a concept bike; it’s clearly designed to meet road-going and production rules and regulations. Details like the swingarm mounted licence plate bracket – which allows the short tail while meeting European requirements for bodywork extending behind the rear edge of the back tyre – and the mirrors show how complete the design is. There are a couple of parts missing, like the front indicators, but otherwise it’s a finished-looking machine.

If the new design does turn into a future Mondial production bike, and the firm can achieve a sub-£4k price similar to the existing HPS 125, it looks like an appealing option for any L-plate rider looking for the current super naked zeitgeist.