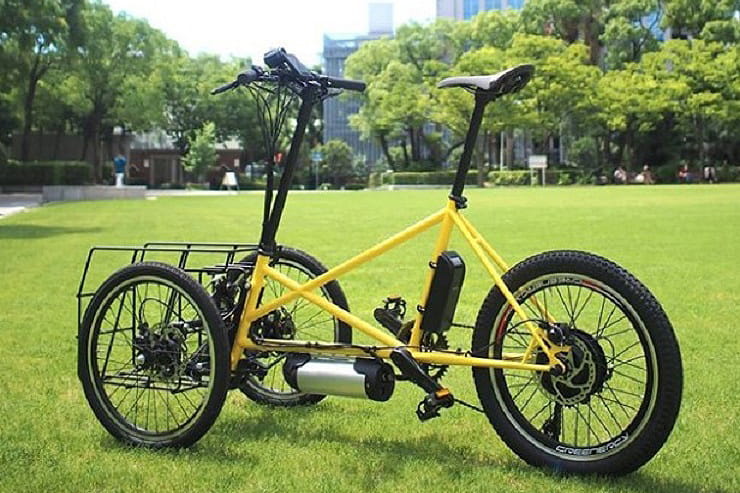 An odd-sounding trademark registration from Kawasaki has revealed that the firm is on the verge of launching a sub-brand dedicated to tilting three-wheelers – but not the sort of Yamaha Niken rival you might expect.

That’s a pretty broad scope, but a bit of hunting reveals a newly setup Instagram account at ‘noslisu_official’ showing a single post with the image of an electrically-assisted, pedal-powered leaning trike. It’s certainly not the sportsbike-style tilting three-wheeler that the firm patented last year.

Digging deeper, there’s an unpopulated Facebook page and Twitter account under the same name and a website – noslisu.jp – that currently directs to a password-protected holding page. However, Google caches containing unlocked versions of the site reveal it to be focussed on the same trike, with Kawasaki listed as the website’s owner.

The trike itself is built like a bicycle, complete with derailleur gears and pedals, but with two front wheels attached to a leaning suspension system. An in-hub motor provides electric assistance to the rear wheel and there are two units mounted on the frame – a rectangular box on the seat post and a torpedo-shaped unit on the lower frame rail – that presumably contain the batteries and control electronics.

The nearly-ready website and social media accounts suggest that Noslisu is on the verge of its official launch, although the current indications are that it will initially be focussed on the Japanese market. 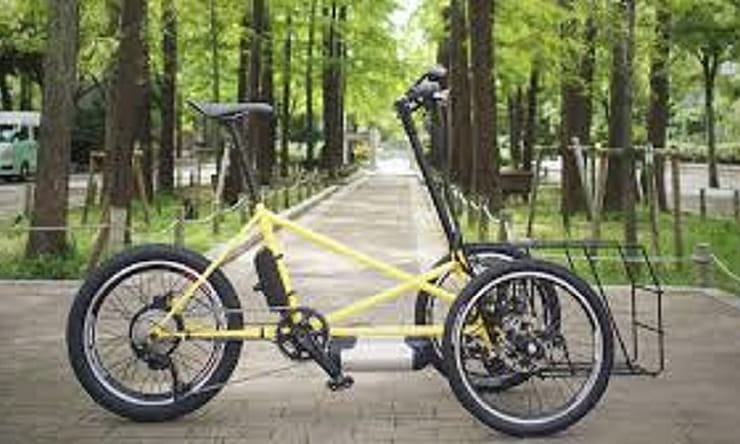