Kawasaki getting in on the tilting trike game 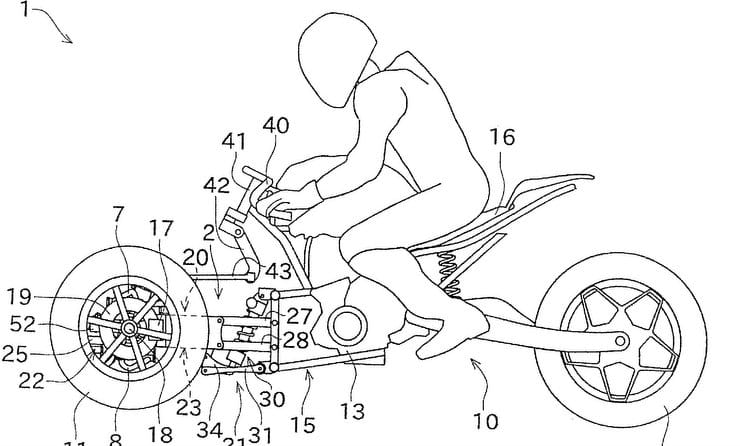 Yamaha has already gone all-in on the leaning three-wheeler market with a range of machines from the Tricity 125 to the 847cc Niken triple and it’s clear that the success of those machines is drawing interest from its rivals. We’ve previously seen Honda show concepts and designs for similar three-wheelers and now Kawasaki is getting in on the action by developing its own tilting trike.

These patent images come from two newly-published patent applications from Kawasaki and reveal a leaning three-wheeler with a somewhat sportier stance than the models its rivals have created. The firm has also come up with its own front suspension design rather than simply aping those used by Yamaha’s trikes or Piaggio’s MP3 models.

Unusually, the whole front end is suspended via a single spring and damper assembly. A parallelogram-style leading-link arrangement supports the tilting front end, which has pivoting upper and lower transverse links supporting the left and right uprights. It looks like the result is a longer wheelbase than rival designs, and there’s sure to be a lot of unsprung mass compared to rival designs.

Steering is achieved via a pair of links extending forward from the bars to a steering stem at the front.

It’s not the neatest or simplest of the tilting trike designs we’ve seen, but the patents show this is something that Kawasaki is pursuing. The firm has previously hinted at such developments, notably with the ‘Concept J’ that it revealed back in 2013, but this design shares nothing with that futuristic show bike. 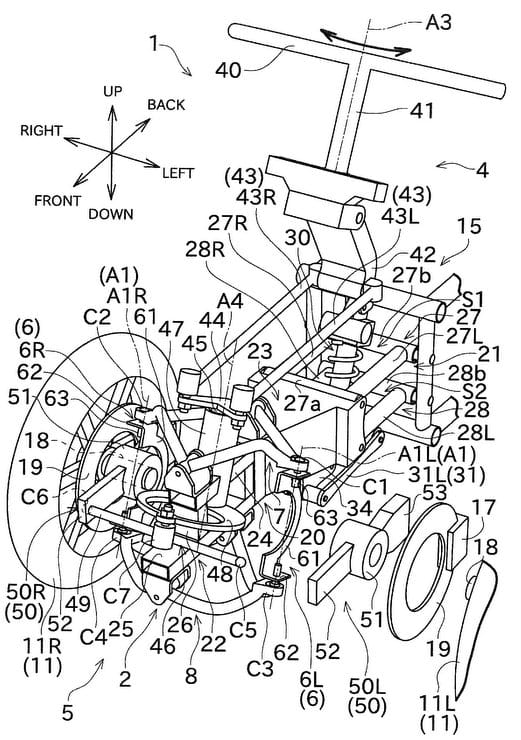