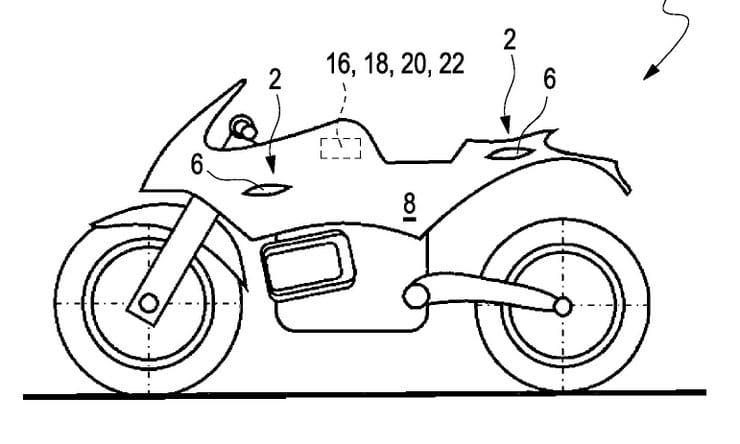 We’ve already seen several indications that active aerodynamics – wings that move to change their influence on airflow – are coming to motorcycles and now BMW is entering the fray with its own take on the idea.

The firm has filed patent applications in Germany showing an active winglet system for motorcycles with moving aerodynamic surfaces at both the front and the rear to alter the drag and downforce as needed. The idea allows each of the four winglets to move independently under the control of the bike’s on-board computer, using inputs including throttle position, brake force, speed, acceleration, lean angle and pitch to determine the best way to maximise grip without unnecessary additional drag. 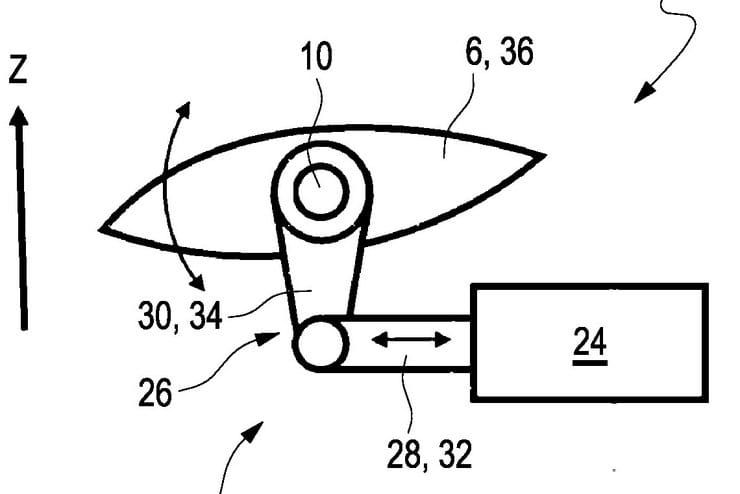 BMW’s patents usually have simplistic illustrations and the latest one is no exception. The images show the outline of motorcycle – a boxer twin, although the engine layout isn’t important – with the winglets fitted.

We’ve already seen Honda patent moving aerodynamic surfaces on bikes, but the Japanese firm’s idea is to retract its winglets at high speed when they’re not needed. BMW wants to treat its winglets more like the aero surfaces of an aeroplane – the elevators and ailerons – by changing their angle of attack.

The firm already hinted at the idea in its patent for a radical, safety-oriented electric bike with a roof earlier this year. In that patent, aileron-style winglets were used to counter the effects of side-winds on the tall bike. The latest design focusses on downforce and performance. 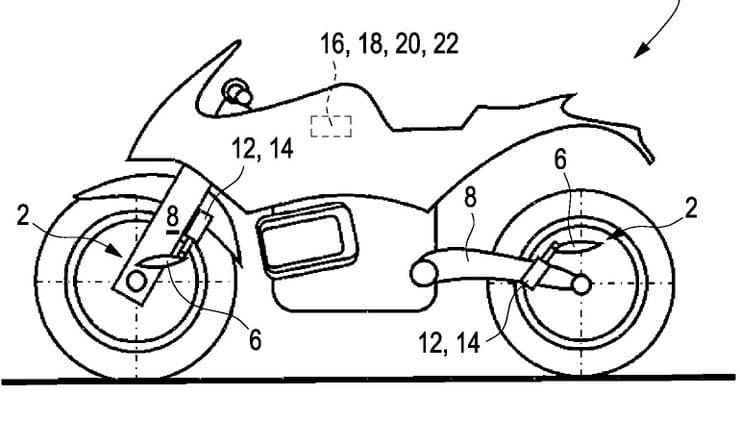 As well as showing the bike with normal, body-mounted winglets, BMW has also suggested they could be mounted to the lower part of the forks and the swingarm. That means the downforce is applied directly to the wheels rather than trying to compress the suspension. It’s an idea that early winged F1 cars used back in the 1960s, when wings were mounted on tall struts attached to the suspension uprights, allowing lots of downforce without the need for stiff suspension. The idea was only abandoned because racing authorities banned it.

BMW’s moving winglets, whether mounted on the bodywork or suspension, would allow the bike to create downforce in corners as well as straight lines, moving the left and right, front and rear wings individually to tailor where the force is created. 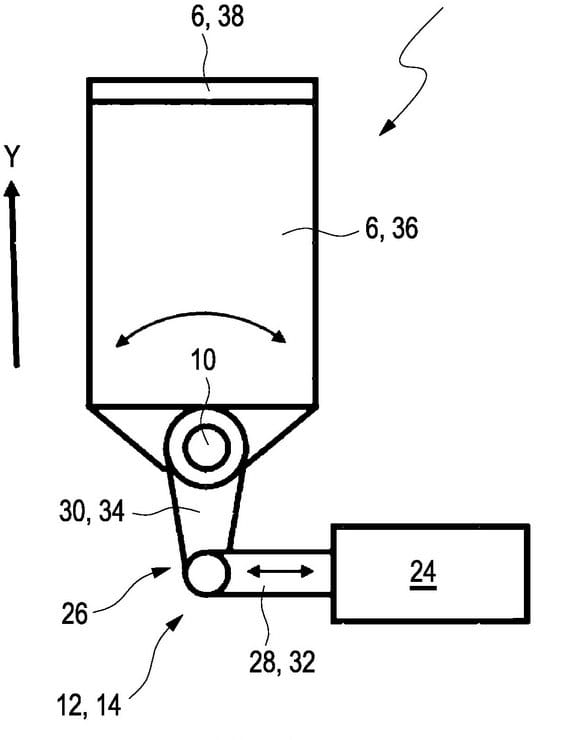 As well as the ability to change the winglets’ angle of attack, BMW’s patent suggests that linear actuators could be used to move them in other directions.

One element of the design shows how actuators could be used to move the winglets forwards or backwards, swinging them on a pivot at their mounting point like the swing-wings of some combat aircraft. If the winglets were low-mounted on the forks and swingarm, this movement could be used to pivot the wings out of the way when the bike’s lean angle threatens to make them touch the ground.

Another part of the design adds moveable surfaces to the ends of the winglets that can be extended to make them wider – potentially acting as air brakes or increasing the winglets’ influence on the airflow over the bike.

The chances are that some of these secondary ideas are simply about BMW covering all the bases than seriously intended for production, but the main idea of moving wings on road-going models is definitely something many firms are now looking at, particularly since WSB rules say that such moving aerodynamic components would be legal on race bikes provided they’re also standard equipment on the homologated road version as well. 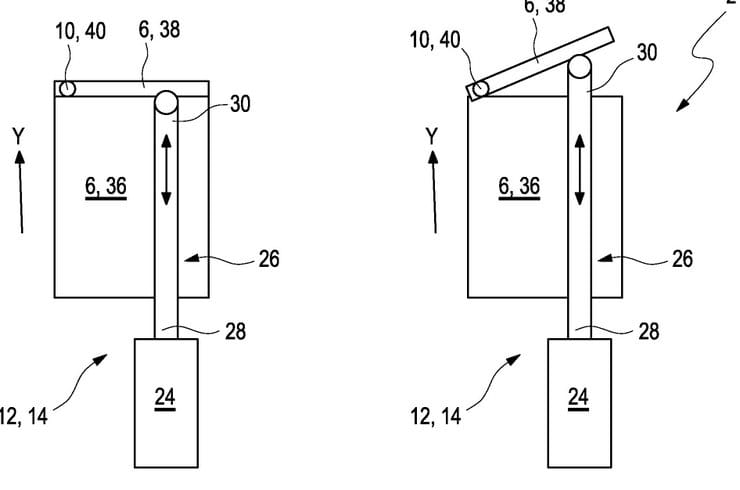