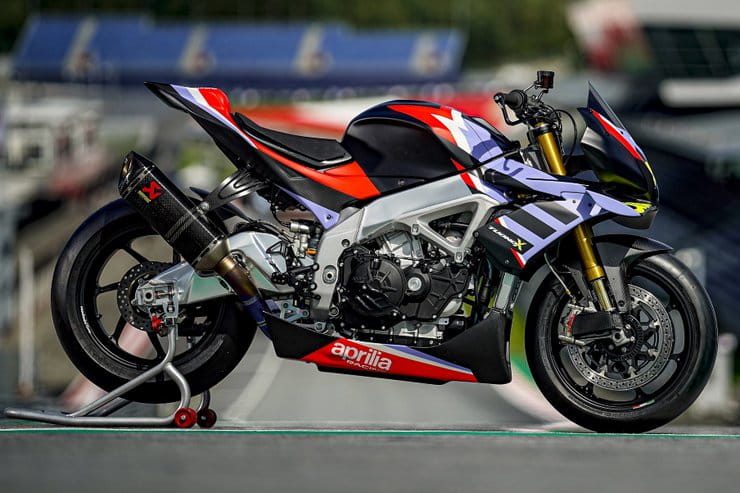 Buying a bike is a process that’s led by the heart more than the head but Aprilia’s new Tuono V4 X pushes that to the limits with a wilful disregard for logic or any semblance of practicality. It’s focused purely on fun for the lucky few who can afford it.

Just ten will be made, following on from the similarly exotic RSV4 X, and like its predecessor they’re likely to sell out fast.

The Tuono V4 X a bike that completes the circle in streetfighter development. Streetfighters were originally developed by taking race-bred, fully-faired road bikes and making them wieldier at low speeds by removing the fairing and adding wide bars and an upright riding position. The Tuono V4 X takes the whole idea and puts it back on the track again, putting the focus back onto aerodynamics and high-speed use. Aprilia calls it a ‘flat handlebar racing bike’ despite the fact there’s no obvious race series for it to compete in, and even if there were it’s unlikely that any of the well-heeled customers would actually compete with it. Logical? Not in the slightest – and that’s probably what’s so attractive about it. 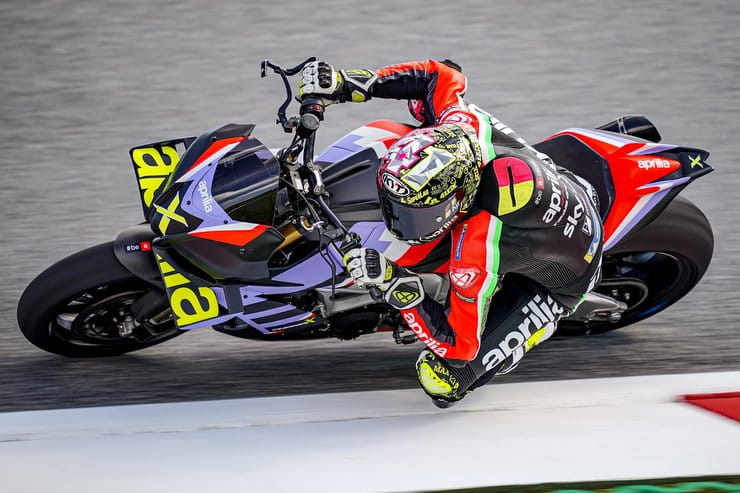 The Tuono V4 is getting pretty long in the tooth now. It started life nearly a decade ago and even than was spun off from the RSV4 superbike that dates back even further. Even so, shorn of the need to meet pesky emissions regulations, the V4 X’s numbers are impressive: 221hp in a package that only weighs 166kg (dry).

The result is a machine that, according to Aprilia, can lap Imola in 1m 50s in the hands of the firm’s MotoGP test rider Lorenzo Savadori. For comparison the last time MotoGP went to that circuit, back in 1999, Àlex Crivillé took pole on the Repsol Honda NSR500 with a 1m 48.75s lap.

Savadori said: “It is the most fun bike I've ever ridden. In my opinion, the mix of comfort and performance is unique. The insane engine is also easy to manage, both for experts and novices, and the aerodynamics package provides incredible stability for a naked. I think that the Tuono V4 X has once again created a new segment.”

Aleix Espargaró also gave the bike a try around the Red Bull Ring, saying: “The Tuono V4 X is out of this world. I had never tested a high-handlebar bike on the track and I was surprised at the feeling of stability. The engine is insane, but the chassis architecture doesn't struggle - to the contrary: the riding position and the electronics make it extremely fun. You can ride it cleanly, but you can also drift with it if you want to. It is a pure sportbike with a hooligan side!” 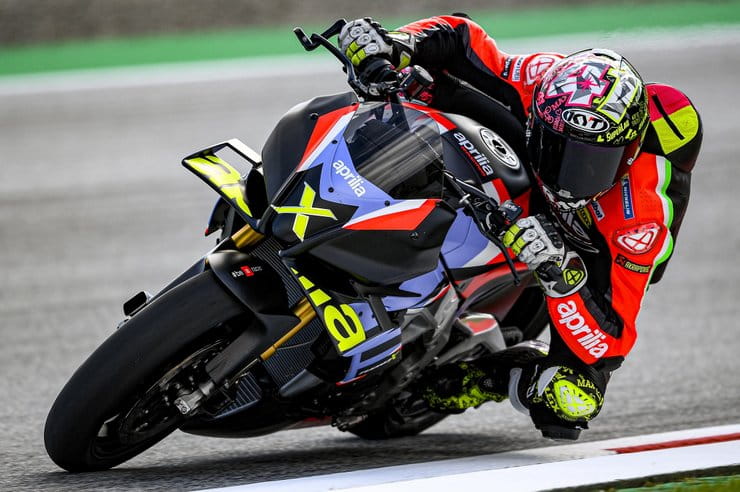 In terms of specs, the ten customers forking out €34,900 (£31,000) each for a Tuono V4 X get carbon bodywork complete with graphics inspired by the RSV 1000 R Factory that ran in the 2006 Bol d’Or. There’s also a lighter fuel tank, a simplified electrical system with no lights to worry about and a reprogrammed TFT dash that focusses on lap times using a built-in GPS.

Billet alloy is used for the clutch lever, brake lever guard, crankcase protectors, pegs and fuel cal, while the wheels are forged magnesium Marchesinis, complete with slick tyres. You weren’t going to use it in the wet, were you?

To achieve the power boost, the 1077cc V4 gets an Akrapovic titanium exhaust with carbon end can and a tuned ECU with reworked maps. The engine braking, traction and wheelie control systems are also tweaked for track use. The suspension is still the Ohlins Smart EC 2.0 semi-active setup used on the street-legal Tuono V4 Factory, allied to a Brembo brake system using the firm’s GP4-MS calipers. 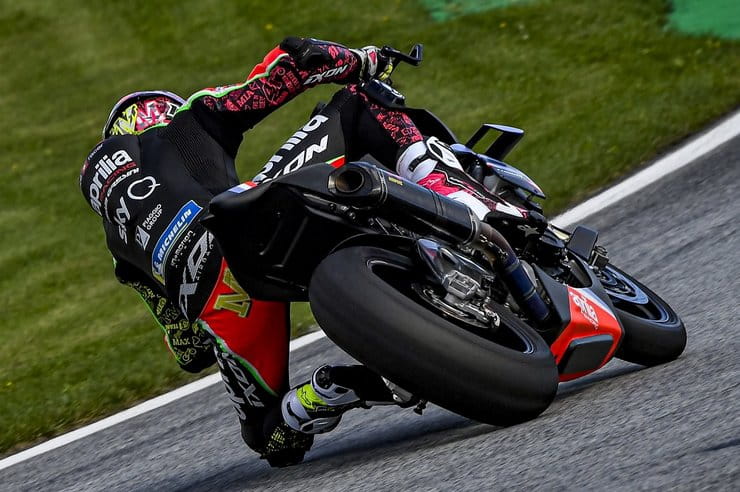 If you really can’t think of a better place to put north of £30k just as the world heads into an unprecedented recession, you need to keep an eye on Aprilia’s website, where online orders are set to open soon.

Buyers will also to pick their bikes up directly from Aprilia Racing, getting a tour of the Noale racing department at the same time and receiving a matching KYT NX-Race helmet as part of the package. 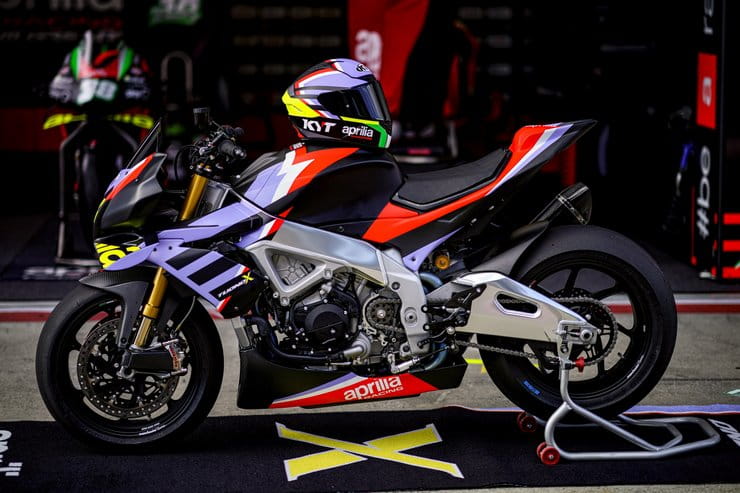