Fresh rumours of a new Suzuki Hayabusa for 2021 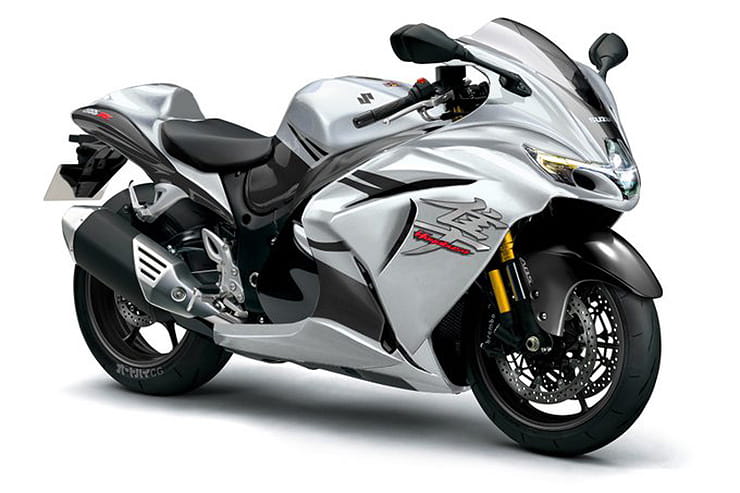 Over the last few years there’s been no shortage of evidence that the Suzuki Hayabusa is still an important part of the firm’s plans for the future. It might have been removed from sale in Europe in 2018 after failing to meet Euro 4 emissions rules but a comeback has always been on the cards.

A barrage of patents has hinted at an upcoming redesign including a new chassis and a heavily-updated engine, while Suzuki’s own R&D department has hinted at a new Busa with its ‘Concept GSX’ styling model. Meanwhile, Suzuki insiders have dropped several hints that the Hayabusa is on a hiatus rather than being gone forever.

Now, the latest rumours from Japan say that a relatively mild reworking for the Hayabusa has been signed off, with the intention of aligning the bike with modern emissions rules, but lacking the new chassis and increased engine capacity that had been suggested before. 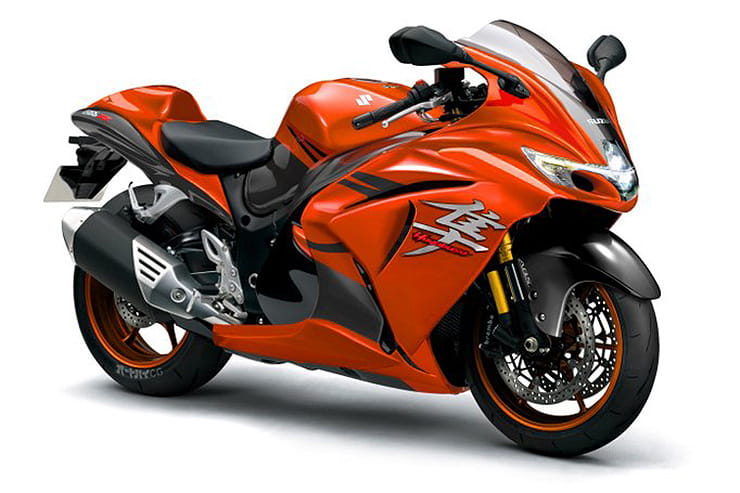 Previously, Japanese sources said that the next-gen Busa would get a 1440cc engine instead of the old 1340cc unit, while Suzuki has filed patents showing a new frame design, an emissions-friendly exhaust system and even a quickshifter offering a semi-automatic, pushbutton-operated mode.

However, it looks like the huge investment needed to get such a revamped Busa into production might not be forthcoming, and now Japan’s top motorcycle magazine, AutoBy – which provided the computer-edited images you see here – says the next Hayabusa will be a more modest update.

The latest information is that the bike will use a reworked version of the old engine, modified to meet Euro 5 emissions regulations via a new intake and exhaust, mounted in the old frame but with updated suspension and electronics. Power is expected to remain at around the 200hp mark.

An IMU-based electronic control system with cornering ABS and traction control is on the cards, along with multiple riding modes and all the other bells and whistles expected on the latest high-end bikes.

The pictures here show what AutoBy expects the bike to look like, with bodywork that’s generally similar to the old Hayabusa but a facelift to reflect some of the ideas shown in the 2015 Concept GSX show bike.

At the moment, if Suzuki does have a revamped Hayabusa on the way back to the European market in 2021 it’s keeping very quiet about it, but it’s worth recalling the words of Suzuki president Toshihiro Suzuki at the unveiling of the Katana in October 2018. He said: “By the year 2021 we plan to launch 10 new models, focussing particularly on large bikes, and strengthen our overall line-up and create new series from existing models.”

Well 2021 is nearly upon us and since the Katana the only ‘large’ Suzuki to have been launched is the V-Strom 1050. There’s got to be more coming, and soon.