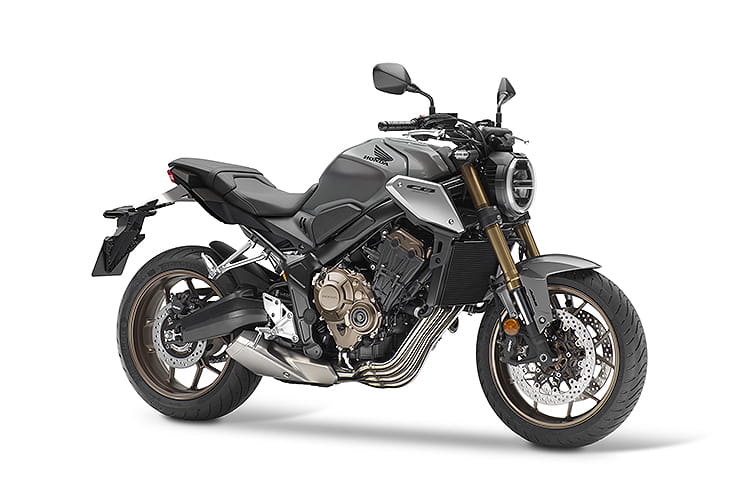 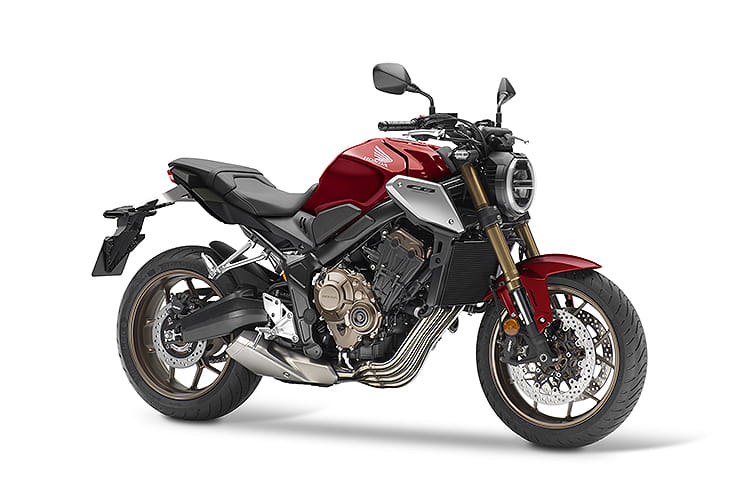 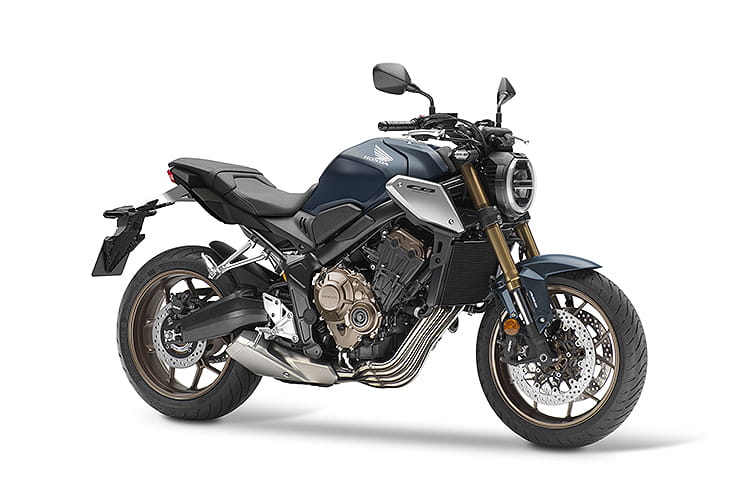 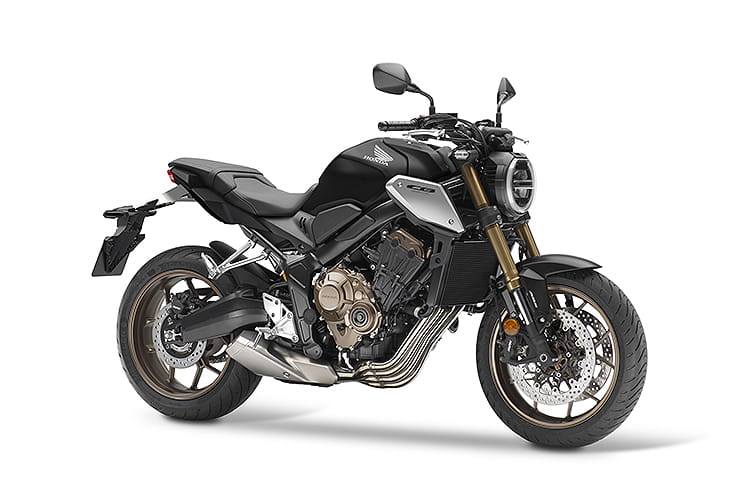 We’re not getting the revamped CBR600RR next year so if you’re after a middleweight four-cylinder Honda sportsbike the CBR650R remains your only option in 2021. Unlike its sportier sibling it’s been given Euro5 type-approval that means it’s set to remain on sale for the foreseeable future.

Both the faired CBR650R and naked, neo-retro CB650R get the same changes for 2021 including the updated Euro5 engine and new front suspension to improve handling in the absence of a more hardcore supersports model in the range.

Peak power remains the same at 94hp – it’s a figure Honda will stick to, as going any higher would make it illegal for the bike to be restricted to a 47hp, A2-licence-legal machine. Just such a restriction is also offered, of course. The power peak comes at 12,000rpm, as before, but the torque dips fractionally from 47.2lbft to 46.4lbft, still reaching its maximum at 8500rpm. You’ll be hard pushed to notice such a fractional change. Weight – for the CBR650R – rises by one kilogramme, probably as a result of the exhaust changes, to 208kg wet. 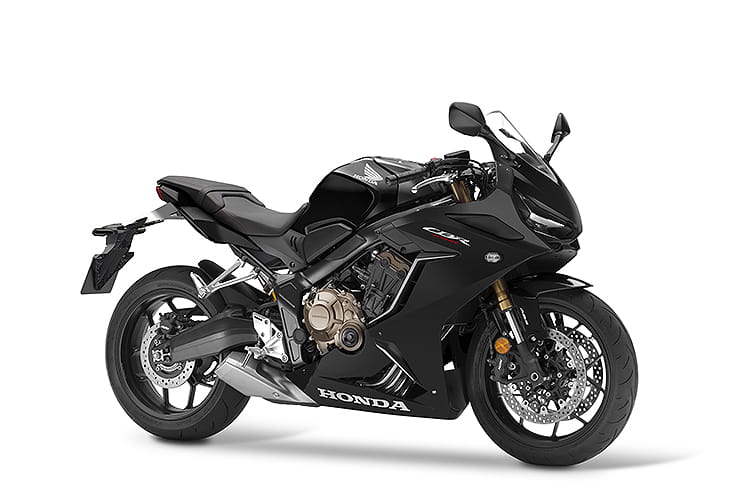 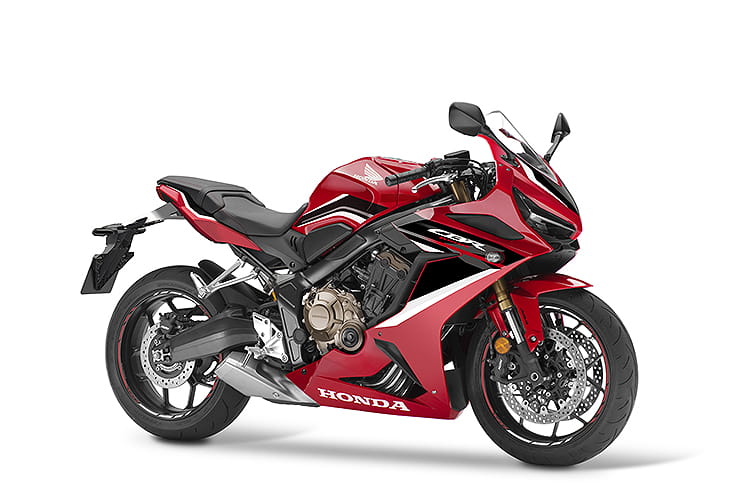 The ‘separate function’ bit refers to the fact that the springing and damping are separated, with the spring in one fork tube and the damper in the other, reducing weight, while the new ‘Big Piston’ part means there’s a larger piston in the damper, improving damping response and feel.

Cosmetically, the CBR650R gains tweaks to the seat unit design with new side panels to make it look more minimalist, as well as new licence plate bracket. Up front, the headlights get a resigned reflector, while from on-board there’s a tweak to the LCD dashboard with a new font and revised angle to make it more readable.

Colour tweaks on the CBR650R include silver highlights rather than red ones on the ‘matt gunpowder black’ model, while the old ‘grand prix red’ version is replaced with a ‘candy chromosphere red’ scheme with black and white graphics on the sides, tank and tail.