Suzuki V-Strom 650 replacement in the works 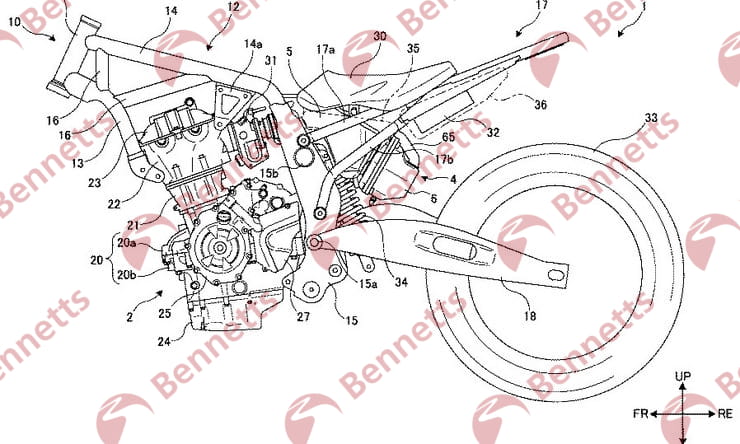 We’ve revealed before that Suzuki is developing a new parallel twin to supersede the much-loved SV650 V-twin in the near future – and now new patents have emerged that appear to confirm the same engine will also power a V-Strom 650 replacement.

Suzuki’s twin project is a long-running project that was first hinted at way back in 2013 with the turbocharged ‘Recursion’ concept bike, a 588cc SOHC parallel twin with 100hp and 74lbft of torque. Two years later that evolved into to the XE7 engine (below), shown in 2015 with a DOHC cylinder head and a capacity of around 700cc, but still turbocharged. Since then we’ve seen a steady stream of patent activity from Suzuki as the firm works on both turbo and normally-aspirated bikes using the XE7 motor. The latest appears to be intended as a replacement for the V-Strom 650, with its own distinct chassis and a much taller riding position than previous designs. 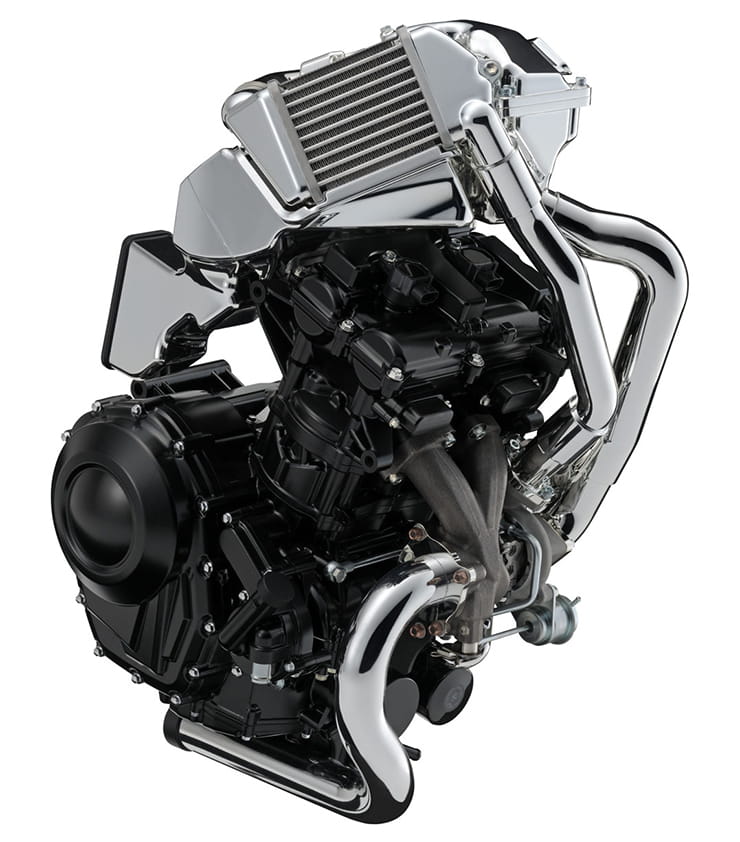 The new patent shows the chassis and engine in some detail, albeit lacking any bodywork or front suspension. It’s instantly clear that compared to earlier designs the bike sits much higher, with the engine and centre of gravity raised significantly compared to the more street-oriented designs seen before.

The last design that was seen (below) was clearly for a street bike, probably a replacement for the SV650. It used the normally-aspirated XE7 parallel twin engine mounted very low, with a very short sump. The new design (top) is much taller, with the swingarm at a significant angle and space under the engine for a much deeper oil pan.

The chassis itself is very different, with two rails running up and over the engine with a considerable bend in the middle, where the previous design used straight tubes running into a cast-alloy swingarm pivot section, but the real key to the repositioned engine is the airbox design. 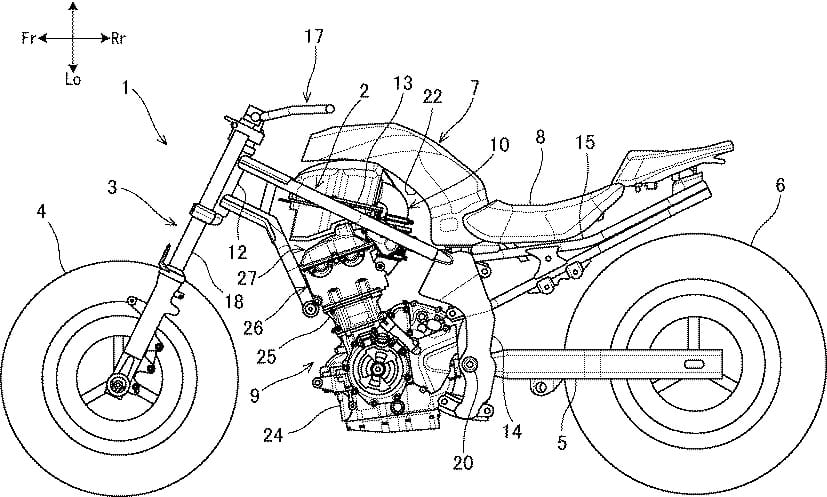 Where Suzuki’s earlier design positioned the airbox above the engine, with intake pipes curving around into the throttle bodies, the new layout puts the airbox and filter under the rider’s seat. That leaves space ahead of the seat for a bigger fuel tank, as befits an adventure bike, and allows the engine to be moved upwards.

Compared to the previous patent there’s also a larger gap between the rear wheel and the seat subframe, indicating increased suspension travel, and the seat itself is higher off the ground.

To make sure the underseat airbox doesn’t suck in unwanted dust or water kicked up by the rear wheel, its intake is on top, where it can effectively be sealed in by other bodywork, with ducting to draw fresh air from elsewhere. 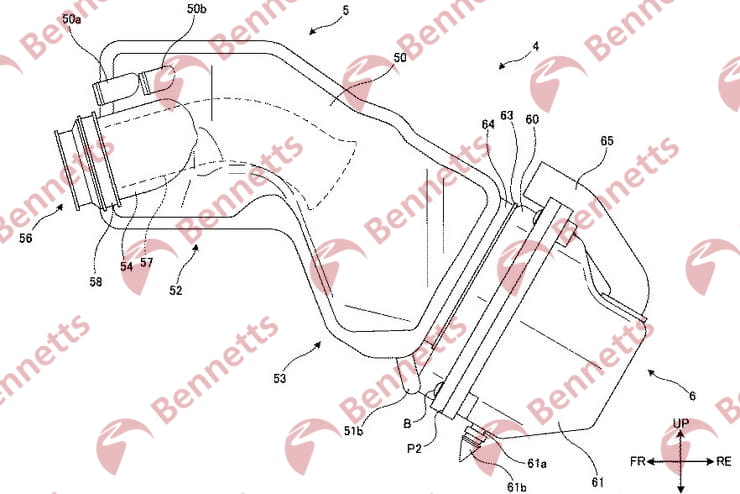 Only last week Suzuki unveiled the 2021 version of the SV650 and V-Strom 650 (below), complete with Euro5-compliant versions of the 650cc V-twin that’s now more than twenty years old, so the firm isn’t under legislative pressure to bring the new 700cc parallel twin replacement models to market any sooner than necessary. The old SV engine will also have long since amortised its development costs, so while the V-twins are conventionally more expensive to manufacture than parallel twins due to a higher component count, Suzuki is still able to keep prices competitive.

The firm’s rivals have all taken the parallel twin route – Yamaha’s MT-07, Tenere 700 and Tracer 7, Honda’s NC750 models and Kawasaki’s Z650 and Versys 650, for example – and Suzuki is sure to follow suit when development of its next-gen machines is complete. When will that be? After some seven years of development already, it can’t be much longer, but Suzuki is clearly not rushing anything at the moment. 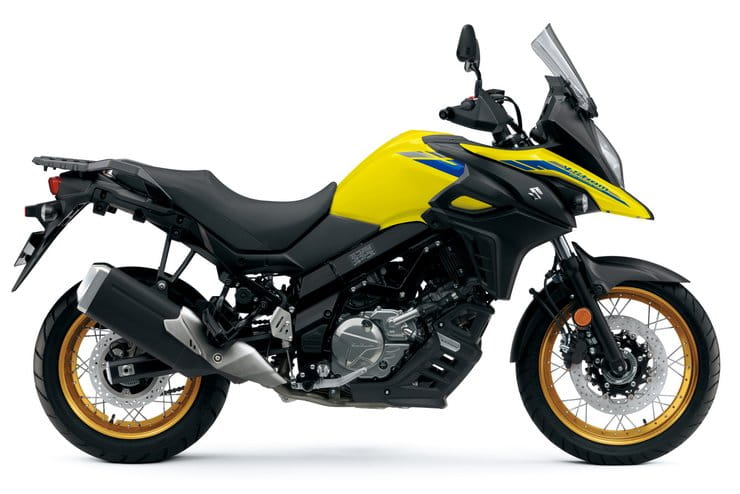