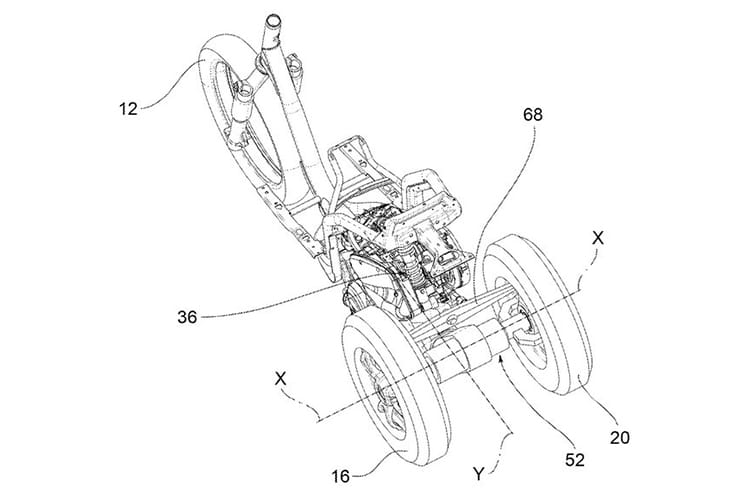 New patents from Piaggio show the firm is working on the development of a leaning three-wheeler that reverses the idea it’s pushed with the MP3 range for the last 15 years. Instead of two wheels at the front and one at the rear, the new layout has dual rear wheels and just one big one at the front.

The idea isn’t entirely new. Honda has made its Gyro range of leaning trikes since the 1980s, mainly as small delivery vehicles for the Japanese market, and it licenced that design from the BSA Ariel 3 of the early 70s. However, Piaggio has a completely different mechanical layout that promises much improved handling and a more conventional riding feel.

The Honda Gyro and Ariel 3 both have a pivot in the centre of their frame, allowing the engine and two rear wheels to remain upright while the front end, including the bars and seat, leans into corners. In contrast, Piaggio’s new design allows the engine and both powered rear wheels to lean.

While it might have been simpler to achieve the same result using a separate swingarm and drive belt or chain for each wheel – a system used by the four-wheeled Qooder (formerly Quadro) scooter – Piaggio has gone for a complex transmission and rear axle design. 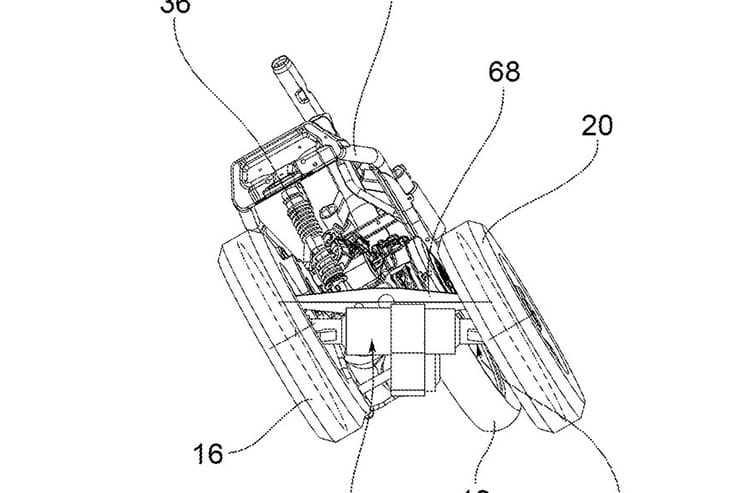 The Piaggio patent shows an engine like a conventional scooter’s, but fitted with a very short shaft drive coming out of the back of the twist-and-go transmission.

That shaft goes into a differential in the centre of a solid rear axle, creating a pivot that allows the axle to remain parallel with the ground while the rest of the bike leans. Additional suspension members run parallel with the axle and connect to the rear wheel uprights so they adopt the same lean angle as the main section of the bike. Constant velocity joints at each end of the axle take power to the rear wheels while allowing them to lean.

The patent drawings appear to show a well-developed design, suggesting that Piaggio might well already have prototypes of the system. And while they show a single, large wheel at the front, with conventional forks, it’s easy to imagine that the firm could combine the new design with the MP3’s two-wheeled front end to create a leaning four-wheeled scooter. 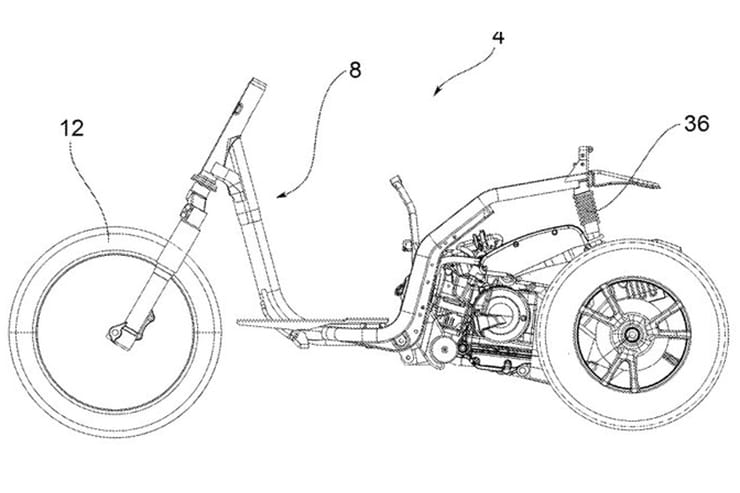