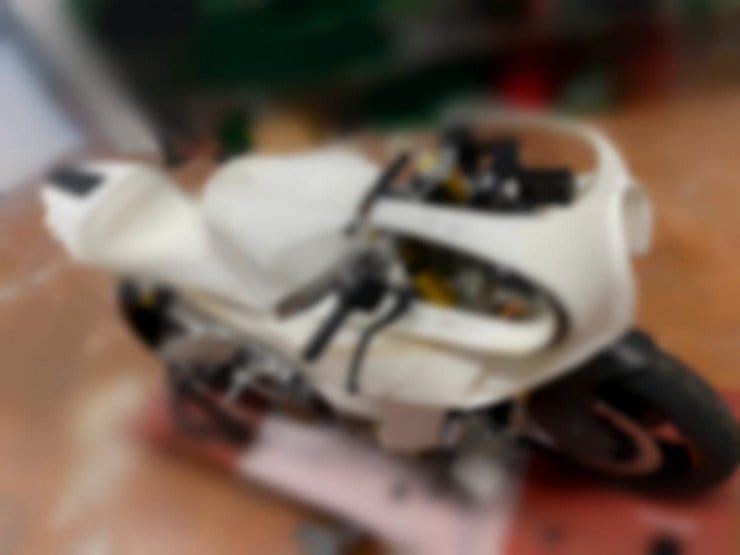 While the supercharged, hub-steered Bimota Tesi H2 that was revealed at last year’s EICMA show is an impressive beast its projected £50k price tag means few riders will ever get to enjoy it. But the next Bimota to appear will be much closer to the average rider’s pocket.

While we don’t expect the Bimota KB4 to be ‘cheap’, it’s based on Kawasaki’s mass-made, Euro5-ready Z1000 engine and adopts conventional suspension instead of the Tesi’s crazy-looking setup – and together those factors mean it will be much more affordable.

With Kawasaki taking a 49.9% shareholding in Bimota late last year the firm did well to have developed the Tesi H2 to show-bike state in time for November’s EICMA event, but it only had time to do a quick sketch of the KB4 at that stage. Now it’s coming together, as these frustratingly blurry images show. 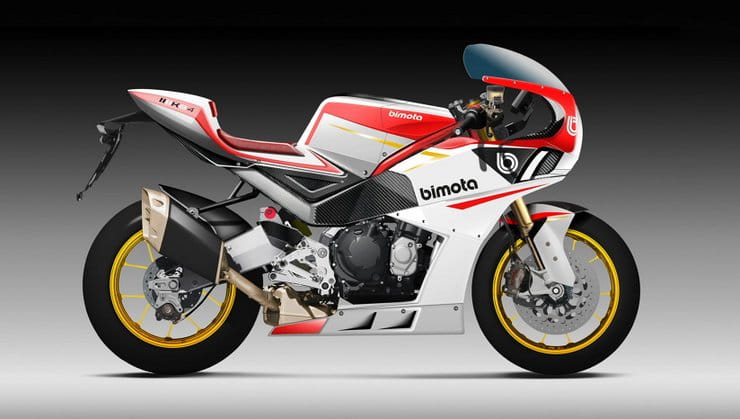 While Bimota seems to have smeared Vaseline over its camera lens, it’s still clear from the two images released on the firm’s Facebook page that the KB4’s styling is very nearly complete.

It seems that the bike in the images is a styling buck, probably made from easily-sculpted foam but built around a chassis that’s close to finalised. The swingarm, forks and pegs appear to match those seen in Bimota’s earlier design sketch, suggesting the KB4’s trellis-style frame is complete underneath the fully-faired bodywork.

The styling itself is in the neo-retro style that’s currently fashionable, harking back to the late-70s and early-80s Bimota KB1, KB2 and KB3 models but adding modern proportions – with a lower nose and higher, shorter tail than any 40-year-old superbike would really have used.

Now, with the teasing having started, we can expect to see more information and images of the KB4 trickle out of Bimota throughout the summer as the firm prepares to unveil the finished bike this autumn. 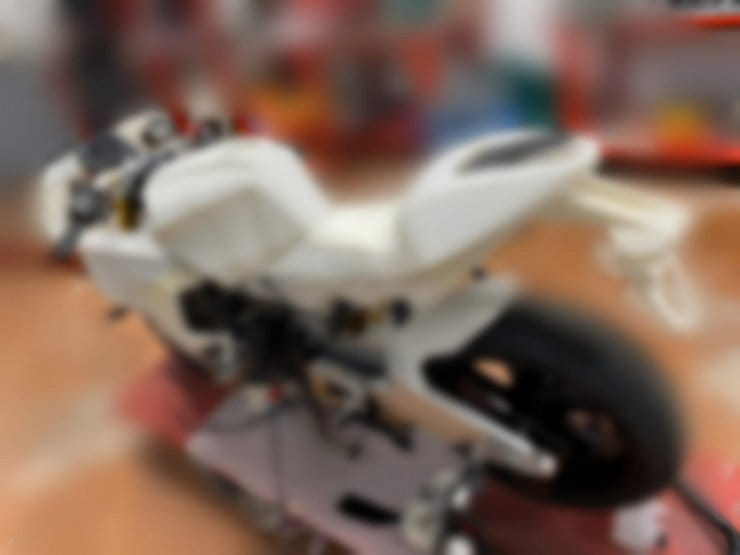