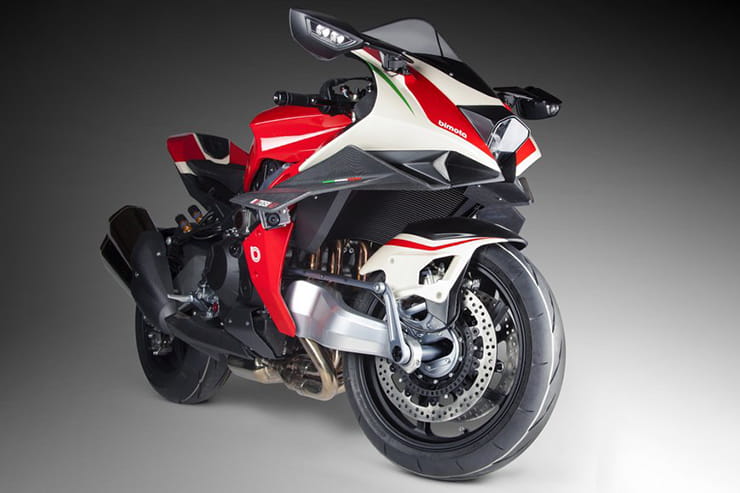 Bimota made waves at last year’s EICMA show in Milan by announcing that Kawasaki had bought a 49% share and unveiling the supercharged, Ninja H2-engined Tesi H2.

The Tesi layout, with hub-centre steering developed by designer Pierluigi Marconi, has become legendary despite never quite creating the motorcycling revolution that it promised when the original Tesi 1D was launched back in 1990. Designed as his engineering thesis – hence the ‘Tesi’ name – the front swingarm design is intended to separate braking forces from suspension movements. The result should be a bike that copes with bumps better even when you’re hard on the anchors, and which doesn’t suffer the constant geometry changes that conventional telescopic forks bring. 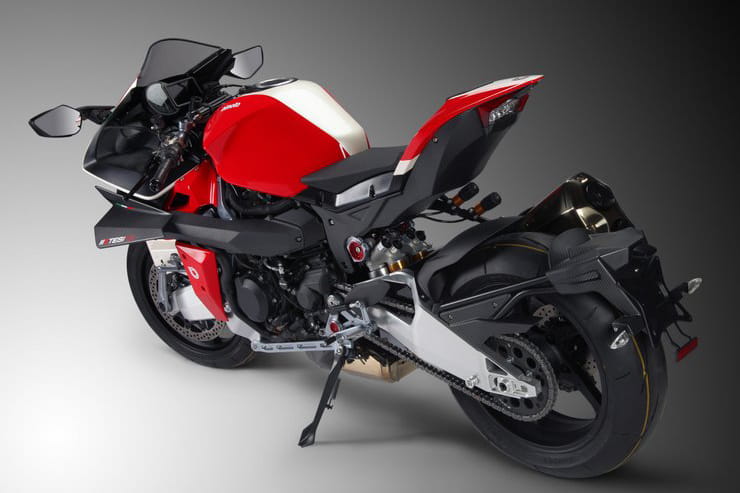 In practise, the original Tesi’s immense price and unfamiliar feeling and feedback meant it remained an engineering curiosity, albeit a tenacious one – multiple versions followed the 1D and even after Bimota dropped the idea development continued courtesy of the even more boutique Vyrus brand.

While Bimota unveiled the supercharged Tesi H2 back in November last year, bringing back the hub-centre idea and creating the first Kawasaki-powered Bimota since the Z1000-powered KB3 was discontinued back in 1984, the firm has kept schtum as far as specifications are concerned. That’s led to speculation as to what spec the engine is in – Kawasaki offers H2 models from 197hp to 306hp – and no clarity as to the whether the Bimota’s liberal use of carbon fibre would offset any weight penalty that the hefty-looking front swingarm introduced. Now we can answer those questions. 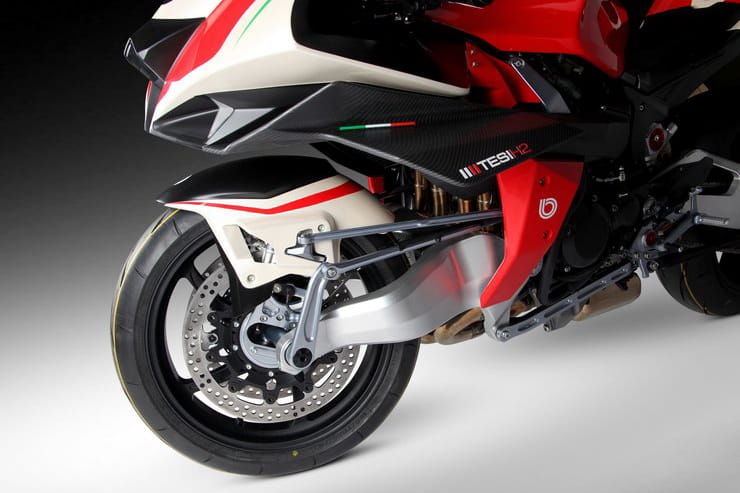 The information hasn’t been announced by Bimota yet, but we’ve caught sight of official documents that confirm the Tesi H2’s power at 170kW, or 228hp. That’s the same as the 2020 Kawasaki Ninja H2 on which it’s based, a significant step above the 198hp that the H2 SX and Z H2 offer but still a long way behind the power of the 306hp, track-only Ninja H2R.

In fact, the engine appears to be in exactly the same state of tune as the Ninja H2, since the 228hp power peak arrives at an identical 11,500rpm.

Given that the Bimota is likely to be around twice as expensive as the £26,000 Ninja H2, you’d hope it has a performance advantage. Fortunately that’s where all that carbon fibre comes to the rescue. Ready-to-ride, complete with fuel and all other vital fluids, a Ninja H2 weighs a somewhat chubby 238kg. The Bimota Tesi H2 manages to slice 24kg off that mass, coming in at a relatively svelte 214kg in the same road-ready state.

When it comes to other specs, the two bikes are remarkably similar despite their completely disparate chassis layouts. The Bimota’s 1445mm wheelbase is a mere 10mm shorter than the Kawasaki’s, for instance, and the difference in overall length is similar. Both bikes are identically wide at 770mm, but surprisingly the Bimota is the taller of the two, albeit by just 20mm at 1145mm. 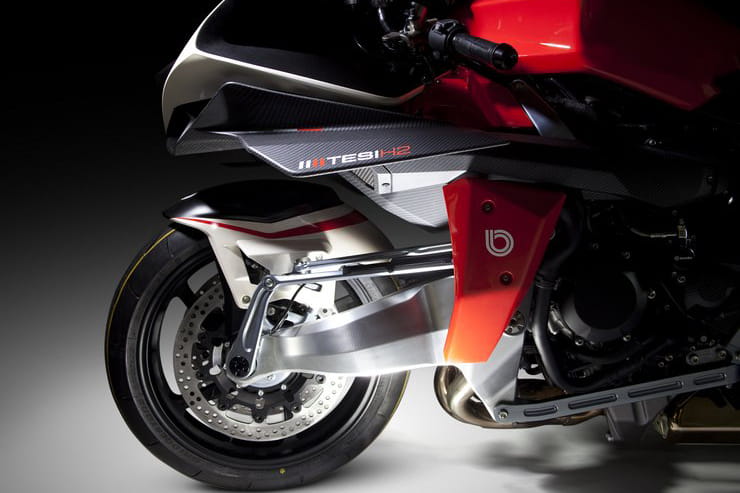 Top speed is becoming an increasingly meaningless metric, with speed limiters becoming the norm on modern superbikes. Given its shared mechanical and electronic components it’s no surprise that the Bimota’s outright top speed is identical to the Kawasaki’s, both bikes hitting an artificially limited 186mph (299km/h). Freed of their electronic limiters either bike should be perfectly capable of 200mph-plus.

While the Tesi H2’s hub-centre steering is likely to put off as many buyers as it attracts, and the expected £50k price tag will be equally effective at ensuring they remain a rarity, Bimota is already planning a future generation of more conventional, more affordable Kawasaki-powered models. The KB4, shown as a sketch back at EICMA, will be launched soon with retro styling that harks back to the KB1, KB2 and KB3 and the four-cylinder, 140hp engine from Kawasaki’s Z1000. 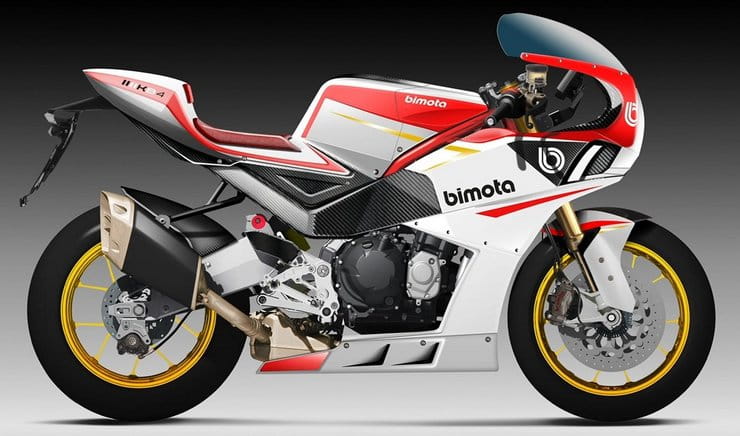